Accessibility links
Duke Ellington: The Composer, Pt. 2 The scope and breadth of Duke Ellington's compositions were far-reaching, drawing many influences together to create a cohesive and diverse sound. Composing consumed Ellington around the clock, and his musical legacy is a timeless contribution to American music. 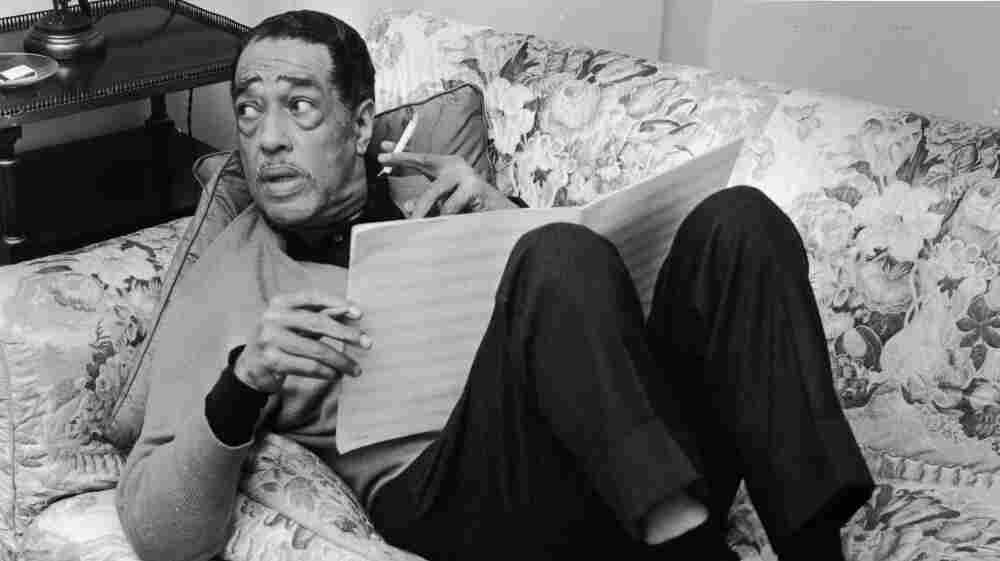 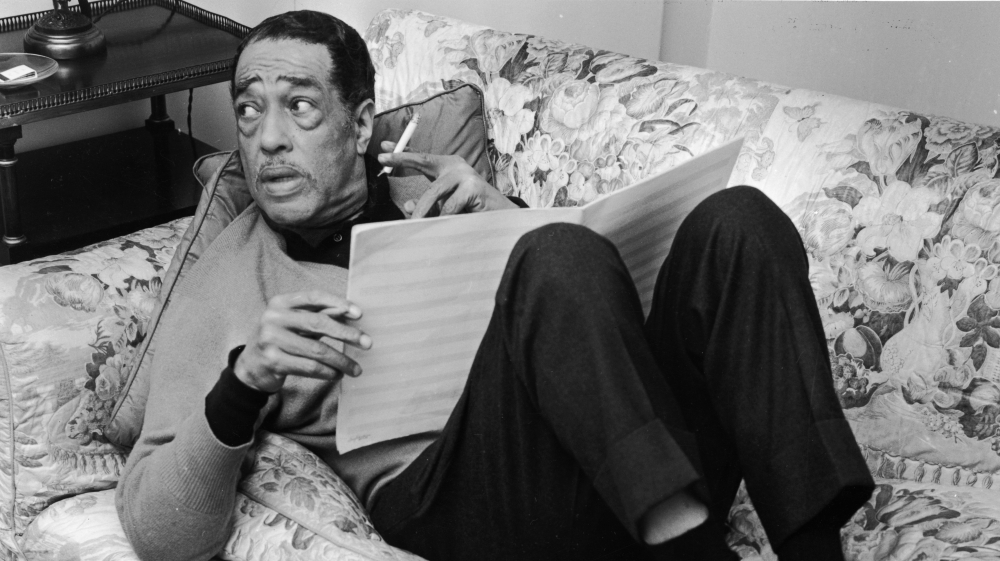 Duke Ellington saw writing music as his primary purpose in life, and he took a complex, multi-layered and strikingly original approach to composing. His creative work consumed him around the clock, and Ellington's musical legacy became a timeless contribution to American music.

Few individuals had first-hand knowledge of Ellington's methods and process, but Ellington drummer Louis Bellson and composer Gunther Schuller both witnessed Ellington in the process of composing. They shared similar recollections of Duke's inexhaustible quest to discover new musical ideas, as he experimented at his piano through the night. Though he often worked openly and collaborated with others, Ellington also found a certain romance in the mystery of composing. Trumpeters Wynton Marsalis and Clark Terry note that rhythm was a fundamental element in all of Ellington's works, and his attention to it ensured that his music would always swing.

Ellington's orchestra was more than a vehicle for practicing and performing new compositions. His musicians themselves provided inspiration for his music. In rehearsal, Ellington heard players practicing their own riffs and melodies, from which he would often develop entire compositions. Usually, Ellington considered such finished works his own. His musicians rarely objected, though saxophonist Johnny Hodges openly complained. Hodges told Duke to "stay out of the kitchen," meaning he didn't want his ideas becoming song material without getting proper credit.

Hodges and other players' contributions were sometimes so substantial that Ellington did offer co-composer credits. Cornetist Rex Stewart contributed elements to Ellington songs including "Kissing Bug," which combined Stewart's melody and catchy lyrics by singer Joya Sherrill, but was satisfied without formal credit — as long as Duke paid him for his inspiration.

Ironically, the collaborator who made the most significant contribution to Ellingtons musical legacy was rarely seen on the bandstand. Ellington auditioned the young lyricist and pianist Billy Strayhorn in December of 1938 and was stunned by the talent he heard. An undiscovered songwriter from Pittsburgh, Strayhorn had already written "Lush Life," which became one of the most recorded ballads in the history of jazz. He also brought Ellington innovative arrangements and compositions, like "Take the 'A' Train," which many consider the greatest milestone in orchestral jazz.

Though Ellington was already an important composer when he met Strayhorn, their collaborations yielded some of the most ambitious and extraordinary compositions in the Ellington canon. One of their extended works was Black, Brown and Beige: A Tone Parallel to the History of the Negro in America. It was a 44 minute orchestral suite in three movements, and a monumental statement both musically and socially. However, as Gunther Schuller said, the premiere arrived without adequate preparation. In the rush to complete it, the work fell short of expectations in some respects.

Ellington was discouraged by the criticism of Black, Brown and Beige, which he would never again record or perform in its entirety. But he persisted in his pursuit of extended works, such as The Perfume Suite, The Tonal Group, The Deep South Suite, Tattooed Bride and A Drum is a Woman. Strayhorn did not tour with the band, but he and Ellington often communicated long distance in order to finish up compositions and arrangements that were in process. They shared such profound musical empathy that it was difficult for band members to distinguish between their arrangements, adding to the mystery surrounding the contributions made by these two musical geniuses.

In the 1960s, Ellington found more inspiration as he traveled internationally on tours sponsored by the U.S. State Department. Just as many travelers capture the sights of exotic lands in photographs, Ellington took "musical snapshots" of the sounds, landscapes and people in the countries he visited. The resulting works, such as "Passion Flower" and "Ad Lib in Nippon" from the Far East Suite, incorporated many of these eclectic sounds.

After Strayhorn's death in 1967, Ellington continued to produce exquisite extended compositions, including Latin American Suite, New Orleans Suite and Afro-Eurasian Eclipse. Ellington's realization of his own mortality may have inspired him to create lasting works through a series of Sacred Concerts, written and orchestrated to be performed in church. Dr. Billy Taylor explained Ellington's motivation saying "[the Sacred Concerts] helped him to say publicly what he had said on his knees for many years. He wanted to do something that was to the greater glory of God." Trombonist Monsignor John Sanders believed the Sacred Concerts were a fitting conclusion to Ellington's monumental career, which often seemed to have met with divine inspiration.