Accessibility links
Tito Puente: 'El Rey' He was a dynamic percussionist, a masterful arranger and an irrepressible showman. Throughout a career lasting more than 50 years, Puente fused American jazz with Afro-Cuban rhythms, earning him the title King of Latin Music. 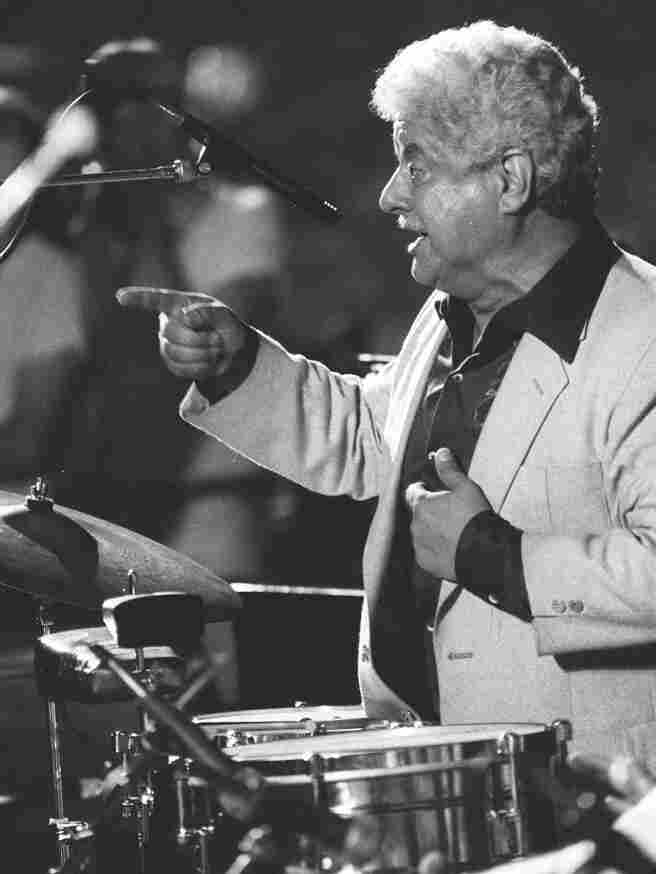 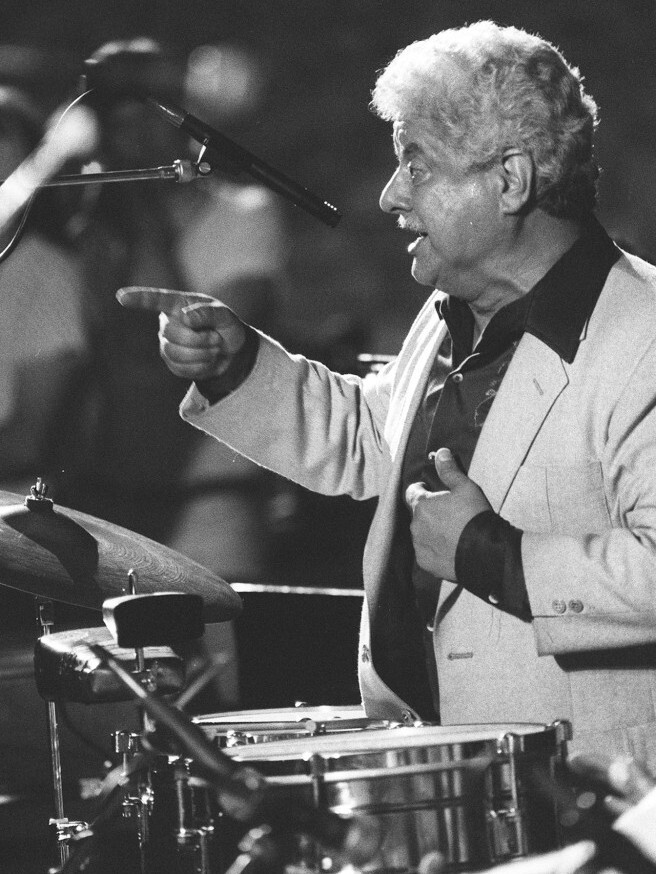 A dynamic percussionist, veteran bandleader, masterful arranger and an irrepressible showman, Tito Puente Sr. is forever remembered as El Rey — the King of Latin Music. In more than 50 years of fusing American jazz with Afro-Cuban rhythms, Puente was central to the ongoing popularity of Latin music in the U.S.

Puente was born and raised in "El Barrio" of East Harlem, a Manhattan neighborhood infused with the rhythms of its Puerto Rican and Cuban population. Though influenced by the culture that surrounded him, his childhood musical aspirations were also informed by the big band swing of Count Basie and Tommy Dorsey on the radio. Though Puente studied piano, he was quickly drawn to percussion, much to the annoyance of his neighbors; their complaints eventually convinced Tito's mother to send him to drum lessons.

Just as Puente was attempting to integrate Afro-Cuban rhythms with the popular music of the era, the big bands of the early '40s were growing interested in the "Spanish tinge," incorporating congas, bongos and timbales into their ensembles. Fortunately for Puente, he grew up among members of Machito's orchestra, one of the first groups to successfully hybridize jazz and Afro-Cuban rhythms. When the drummer of the Machito Orchestra was drafted during World War II, Puente got his big break playing timbales. During his two-year stint with Machito, he developed his characteristically flamboyant style, convincing the bandleader to move the timbales to the front of the orchestra so Puente could play and dance at the same time.

After serving time in the U.S. Navy, Puente attended The Julliard School under the GI Bill. At the same time, the Mambo and the Cha-Cha-Cha were sweeping the dance clubs of New York City. This was especially true in a midtown venue called the Palladium Ballroom, where Tito Puente's first bands often headlined. Fortuituously, the Palladium was also located near important jazz venues like Birdland. Often, jazz musicians from nearby clubs sauntered over to check out the still-unfamiliar Latin rhythms, fostering an exchange of ideas between bebop practitioners and Latin musicians such as Puente.

With early hits as "Ran Kan Kan" and "Para Los Rumberos," Tito often stirred the Palladium to a frenzy. But even as early as the late '50s, Tito was more than just a dynamic performer. His groundbreaking series of percussion-only albums demonstrated his profound capacities as an arranger and his revolutionary talent as a musician. Puente continued to fulfill that promise throughout his career, continually expanding the boundaries of Afro-Caribbean music in a huge and diverse discography.

Puente continued to play with incomparable enthusiasm and vigor until 2000, when he died of complications following a heart attack. He was 77.