Accessibility links
Dave Brubeck: In His Own Sweet Way Unlike the vast majority of jazz musicians, the pianist and composer was blessed with both talent and commercial success. His blend of experimental and lyrical approaches made him one of the biggest draws of his day — and ever since. 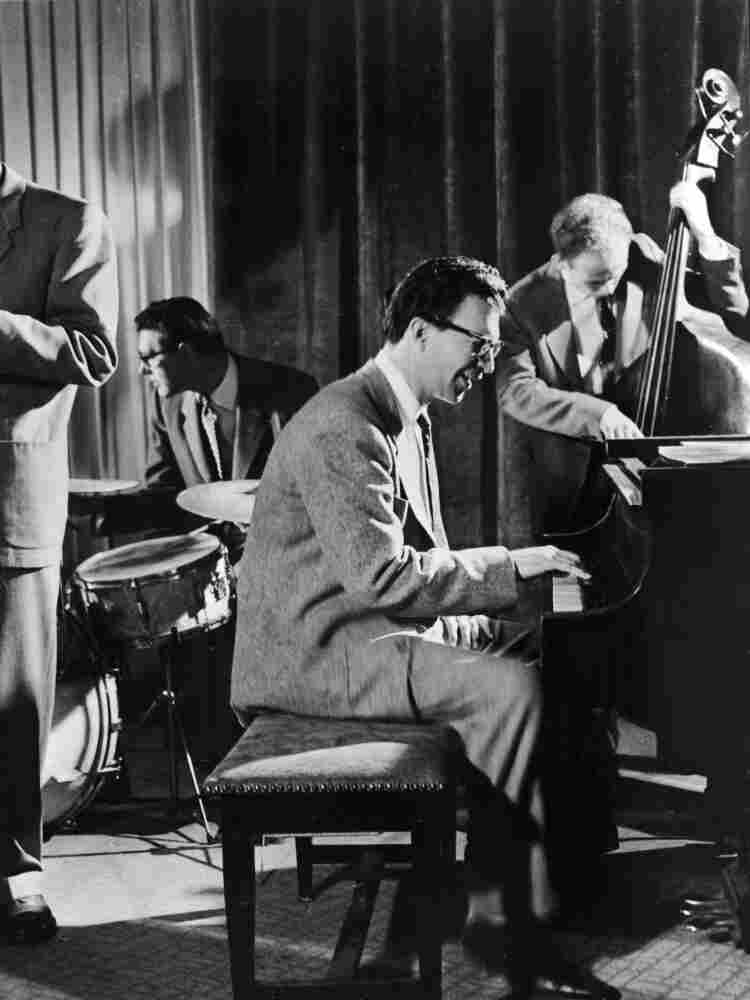 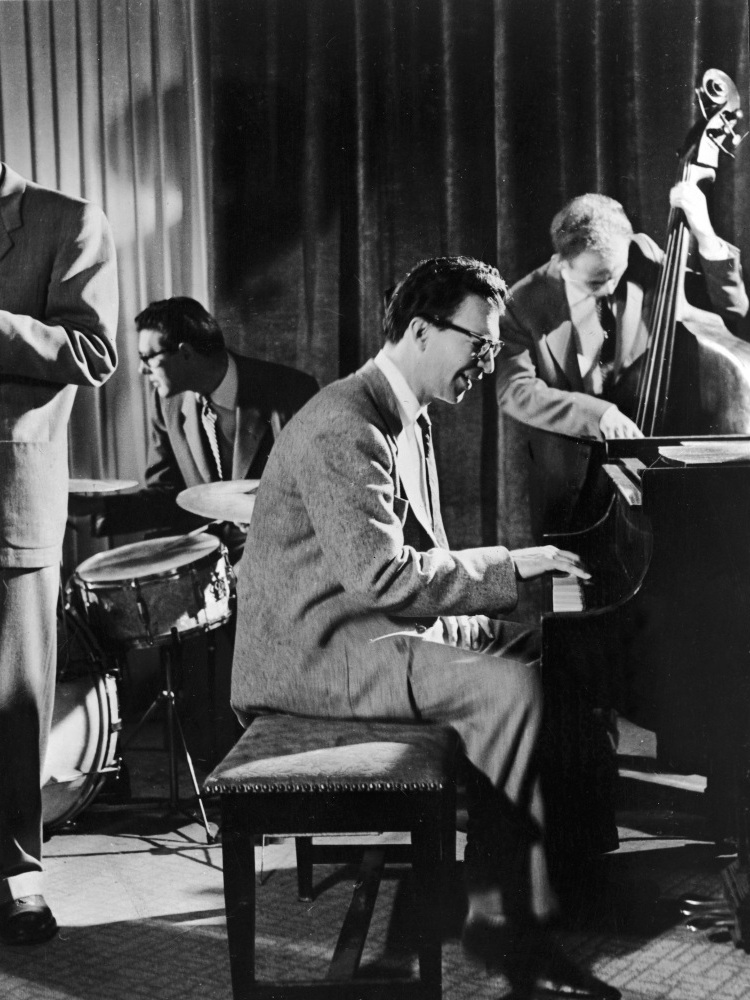 As of 2008, Dave Brubeck still tours extensively with his jazz quartet, often performing his religious works.

Unlike the vast majority of jazz musicians, Dave Brubeck was blessed with both talent and commercial success. His renowned 1950s quartet recorded standards like "Take Five," "The Duke," and "In Your Own Sweet Way." He was the first jazz artist to sell one million copies of an album, the second to appear on the cover of Time magazine. To this day, he sells out concert halls around the world.

Born in 1920, Brubeck grew up on a large cattle ranch in northern California, where his mother taught him the piano at an early age. After military service during World War II, he found his way into the graduate program at Mills College where he studied with the French composer Darius Milhaud. The composer encouraged his students to explore the fusion of jazz and classical music. Brubeck accepted the challenge and never looked back. By the late 1940s, he was already employing modern classical ideas such as polytonality and dissonance, and working in unusual time signatures to create a distinctive jazz sound.

After signing with Fantasy Records, one of the largest independent jazz labels of its time, Brubeck started to enjoy some recognition. Along with better record distribution, radio broadcasts helped bring his music to a wider audience: In 1950, Brubeck's trio won both the Down Beat and Metronome magazine reader polls for best new combo. But a swimming accident forced Brubeck to bring another soloist into the group. He called on an old friend, alto saxophonist Paul Desmond. For decades to come, Brubeck's two-handed chordal playing and sparing use of syncopation would beautifully complement Desmond's floating and lyrical lines.

At around this time, Brubeck's wife Iola came up with the idea of having the quartet tour university campuses. The Brubecks worked persistently to secure gigs across the country, helping to develop the idea of the college concert circuit. These shows brought the band an enthusiastic young fan base and helped make 1954's Jazz Goes to College one of the best-selling jazz records ever released. The startling success of the quartet led Time magazine to place Brubeck on its cover in November 1954. Such recognition helped get bookings, but it also made Brubeck a lightning rod for jazz critics. Purists charged that the band didn't play "real" jazz. Even Miles Davis weighed in, telling Brubeck, "Your group don't swing, but you do."

Though his tunes continued to be popular, Brubeck stopped writing music for many years. During the height of his fame, he still assumed that his fans only wanted to hear jazz standards. One night in Rochester, Brubeck recalls, Paul Desmond said it was time to play some original material. Within a half-hour, Brubeck had written two tunes: "In Your Own Sweet Way" and "The Waltz." From that moment on, he started writing whole albums of original music for the group.

In 1958, the quartet embarked on a tour of Europe and Asia. The many foreign rhythms the band encountered planted the seed for Brubeck's most famous album, 1959's Time Out. The landmark record revealed new uses for Brubeck's broadened rhythmic horizons and experiments with unusual meters, heard prominently in its two massive hits: "Take Five" (written by Paul Desmond) and "Blue Rondo a la Turk." Though the A&R team at Columbia Records was initially puzzled by the album, objecting even to its abstract cover art, Columbia president Godard Lieberson was enthralled by the disc and insisted it be released. The rest is history: Time Out remains one of the best-selling jazz albums ever.

Brubeck has maintained a version of his quartet almost continuously ever since, though he continued to experiment with composition, especially in large-ensemble and extended settings. With both his wife and Louis Armstrong, Brubeck developed a musical called The Real Ambassadors, based on on the international goodwill efforts of American jazz musicians touring the world. In 1968, he premiered The Light in The Wilderness, a jazz oratorio based on Christ's teachings. This late career development proved a deep and abiding interest, as he has continued to explore ecclesiastical compositions for chorus, orchestra and improvising jazz band.