Accessibility links
Raise A Glass For Richard Yates Author Richard Yates is best known for his novel Revolutionary Road, which has been adapted to a movie to be released in January. But a life defined by drunken nights left Yates' own life journey as rocky as it was revolutionary, says Alan Cheuse. 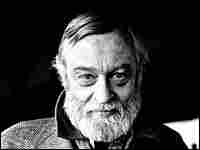 Richard Yates' first novel, Revolutionary Road, was published in 1962. A film based on the book is due out around Christmastime. Jerry Bauer/Courtesy of Vintage Books hide caption 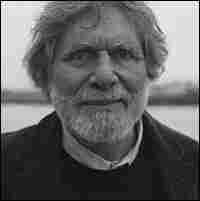 Alan Cheuse has authored four novels and two collections of short stories, as well as a memoir. He is a commentator for All Things Considered. Josh Cheuse hide caption

I was a kid when I met him, a newly graduated 21-year-old wannabe writer, still living at home while I worked as a toll-taker on the New Jersey Turnpike, and making occasional forays into New York City. Richard Yates was a veteran, who served in the infantry at the end of the war in Europe and returned to the U.S. to work in a variety of business-writing jobs while composing his first novel, the book called Revolutionary Road. He never went to college, but he was a smart man, who enjoyed talking with college kids, especially kids who thought reading and writing were the same as eating and breathing. He also enjoyed drinking with them.

We had met at a party in Greenwich Village hosted by an editor I had met, and with a grin on his long face and a bright light in his large, soulful eyes, Dick invited me to come and raise a glass with him sometime. That's how he put it: raise a glass.

The first time I climbed down the cement steps to his basement apartment in a building near the corner of Sixth Avenue and Bleecker Street in Manhattan's Greenwich Village, I still had no idea what I was stepping down to. As I write this, I can almost feel my head spinning.

He greeted me at the door, already a little sloshed. (I had no idea at the time that this was his daily condition. I had led a sheltered life. I had no real idea that this was anybody's daily condition ...). He poured me a large glass of bourbon, and we raised our glasses. It was clear, after a few more, that he was a lonely soul, teetering between the solitude he needed for work, and the emptiness of the hours that followed, who really only felt comfortable when he was in the company of someone nearly as drunk as he was.

In our inebriated hours, we talked about the state of the world, about New York, about reading novels and writing novels, about his first book, which was almost ready to appear, and — because, idiot that I was, I was already trying to write one, without much success — mine ... and he seemed much more interested in hearing about my struggles than he was in impressing me with his.

After a while, we decided we were hungry and staggered across Sixth Avenue onto Minetta Lane, to the Blue Mill, one of his favorite restaurants, and ordered steak and drank and drank some more. Dick seemed to become steadier in his carriage the more he drank, while yours truly slowly faded into red-faced delusion and wonder.

That was the drill whenever I came by. Talk, drink, drink, eat. And when Revolutionary Road was published, all of that became more intense. And deservedly so. It's a quiet masterwork fused with the years of pain in his first marriage, and his keen observations about the way Americans lived at the time.

Dick's life from that point on had its ups and downs, and eventually more downs. He published more books, but never as many as he had hoped he would. And the critics never let him forget just how good his first book was, even as they picked away at the newer ones. But Dick went lunging through life, traveling out to Hollywood to write a never produced screenplay for William Styron's novel Lie Down in Darkness, a trip that, as he described it to me afterward, included Fitzgeraldian barrels of money, rivers of alcohol, a new car wrecked on the beach, a woman who went into the hospital, a house on fire, and, when the project ended, his own hospitalization.

Now the movie made from Revolutionary Road is opening everywhere. And it makes me think, with a shiver in the chest and a deep hot coal of recollection in mind, how much of a festival Dick would have made of this wonderful occasion, so late in coming: his book, his masterly American triumph, coming out as a movie. "Hey, Alan," he'd say, "come on over, and we'll raise a glass." We'd raise a glass — oh, yes, we would. We'd raise a glass. 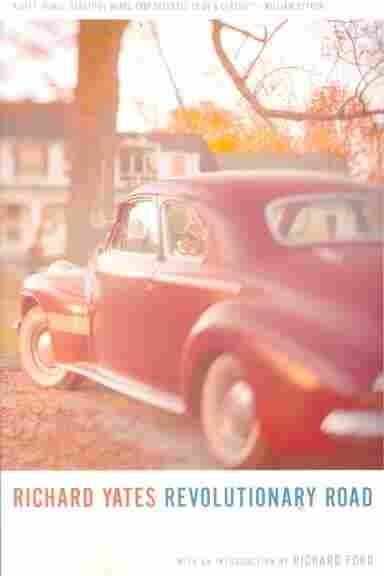