Accessibility links
Fusion Is Not A Four-Letter Word Fans and detractors of jazz fusion cite Miles Davis as the one who led the way to a new direction in jazz in the late 1960s and early '70s. The sessions for In a Silent Way and Bitches Brew not only bred a new style, but also helped identify the pioneers who would help define rock-influenced jazz. Hear five classic examples. 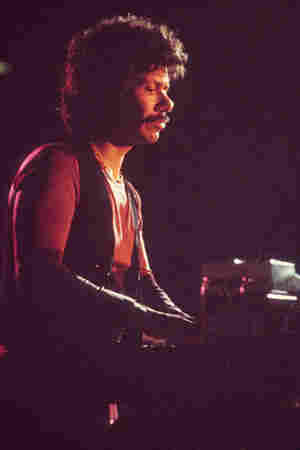 We can thank Miles Davis for the F-word. No, not that word. Fusion, as in jazz fusion. Fans and detractors of fusion cite Davis as the one who led the way to a new direction in jazz in the late 1960s and early '70s. Davis' 1969 album, In a Silent Way, prominently featured electric piano, bass and guitar on long cuts that marked a radical departure from any jazz that came before it. The following year, Davis' Bitches Brew was an even more complex and daring rock-influenced musical statement.

Davis' role is even more remarkable when you consider that many of fusion's pioneers were directly involved in both of those recordings. Not only did volumes rise, but sales also shot through the roof, as many of the first wave of fusion groups moved way beyond intimate nightclubs to arenas and even larger stadiums, drawing crowds that rivaled those of many top rock acts. Despite that outpouring of popularity, many were critical of the music's tendencies toward showmanship and instrumental virtuosity, not to mention the tricky time meters and all those damn notes.

Not wanting to kick-start any long-standing feuds, here's a look at five recordings that helped define the early fusion movement. 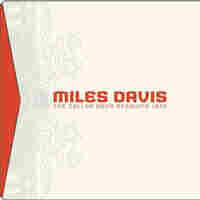 Starting with In a Silent Way and Bitches Brew, Miles Davis went on a recording spree. Constantly in the studio, he had tapes rolling on everything. With Davis, producer Teo Macero spliced together the parts from four 1970 sessions for what would become Tribute to Jack Johnson. This particular version of "Honky Tonk" (originally written for Jack Johnson) was released on Live Evil, and it reflects Davis' interest in assembling a rock 'n' roll band with jazz sensibilities. Mostly made up of Bitches Brew alumni, the band sounds intense and full of surprises. The most surprising performance, though, comes from percussionist Airto Moreira, who uses traditional Brazilian percussion instruments on this gig in ways that were as far from the jungles of Brazil as you can imagine. His playing of the cuica, or friction drum, on this cut still inspires awe. It raises the question: How was Moreira able to abandon tradition and meet Davis' music on its own terms? 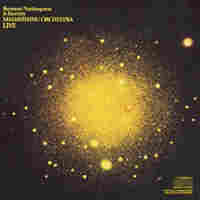 Muscular is a good word for this group: The band was loud even when it played softly. And the music was always complex and dense, with layers of funk, rock, Indian ragas and occasional displays of virtuosity. With a flurry of notes and dynamic technique, John McLaughlin laid the groundwork for many of then gunslinging guitarists who came after him. This cut is an excerpt of the 21:24 album track featuring McLaughlin's emotional duet with drummer Billy Cobham. It's a wonderful snapshot of fusion-guitar pyrotechnics at their best. 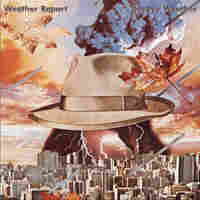 Two more Bitches Brew alumni, keyboardist Joe Zawinul and saxophonist Wayne Shorter, led this outfit. Having to pick just one cut from so many fine albums was a chore, yet if a jazz-fusion band could have a "hit," Heavy Weather was it. But if "Birdland" is too simple (or popular) for your tastes, plenty of other examples demonstrate why this band was peerless in fusing jazz, rock and world rhythms: Shorter's lyrical sensibilities in "A Remark You Made"; Zawinul's electronic curiosity in "Harlequin"; and the entire band cascading multiple African chekere rhythms in "The Juggler." But the cut that clearly defined Zawinul's statement of "we always solo, we never solo" is "Havona," featuring Jaco Pastorious' masterful performance on bass. 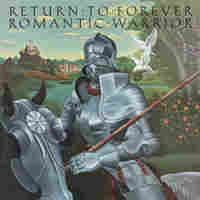 It's hard to believe that this was just a quartet: Return to Forever had such a big sound, due mostly to electronics. Keyboardist Chick Corea participated in the Bitches Brew sessions on electric piano in 1969; seven years later, his electronic keyboard arsenal was a bit larger. This was the era of incredible developments in keyboard synthesizers. Back then, some of these guys in fusion and rock bands looked like mad scientists on stage behind walls of keyboards connected to panels of plugs and buttons. Corea has stated elsewhere that Return to Forever was primarily a road band, touring relentlessly in the U.S., Europe and Japan. The six tunes on Romantic Warrior show an almost telepathic connection within this quartet of composers (guitarist Al Di Meola, bassist Stanley Clarke and yet another Bitches Brew alum, drummer Lenny White), offering the kind of intricate twists and turns that only the most skilled or foolhardy would even try to pull off. "Duel of the Tyrant and Jester" is as close as the band got to trading fours. Check out Di Meola's killer solo, with echoes of Jimi Hendrix's crunchy tone and Miles Davis' lyricism. 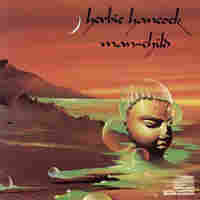 Man Child wasn't Herbie Hancock's first post-Bitches Brew release, but by 1975, his participation in those sessions had started to flower. Hancock's music represents a stream of fusion that reflects Miles Davis' fascination with the funk of Sly Stone. But, being the endlessly creative musician that he is, Hancock takes that concept to a level that's almost postmodern in approach. Just after leaving Davis during the trumpeter's most eccentric electronic explorations, Hancock assembled a band of young musicians who were raised on jazz, R&B and Afro-Cuban music, in the case of percussionist Bill Summers. Together, they rocked the house with music that incorporated Davis and John Coltrane's bebop while reflecting funk's restless search for that elusive perfect groove. Hancock was also a child of fusion in his admiration of gadgetry. From analog synthesizers to digital recording to computer-assisted sound manipulation, Hancock continues on his quest for new sounds, just as he did when he was a young pianist playing behind Davis in the mid-'60s.