Accessibility links
Terence Blanchard Quintet: Live At The Village Vanguard The New Orleans trumpeter is known as a film composer for Spike Lee, and as a standard-bearer of modern jazz innovation. He brings his quintet into lower Manhattan. 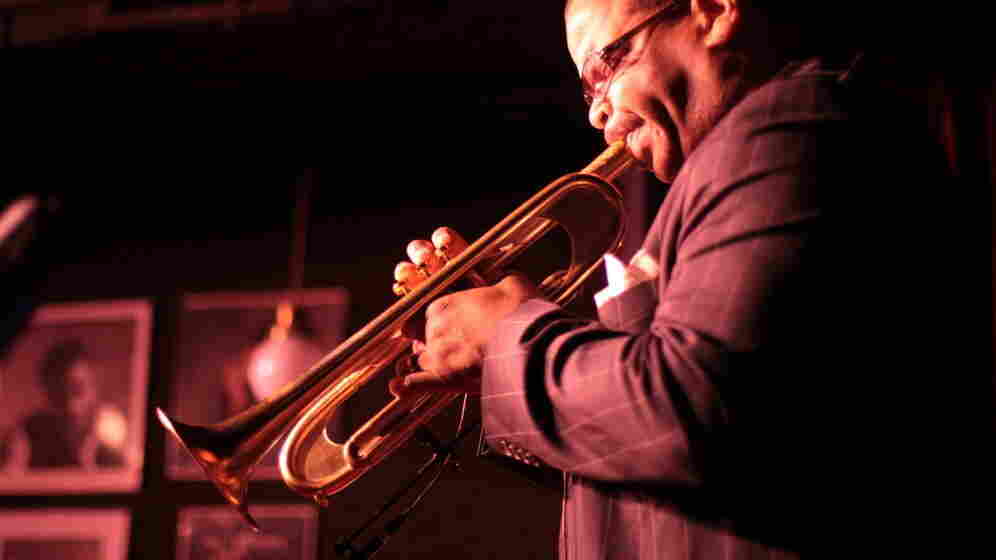 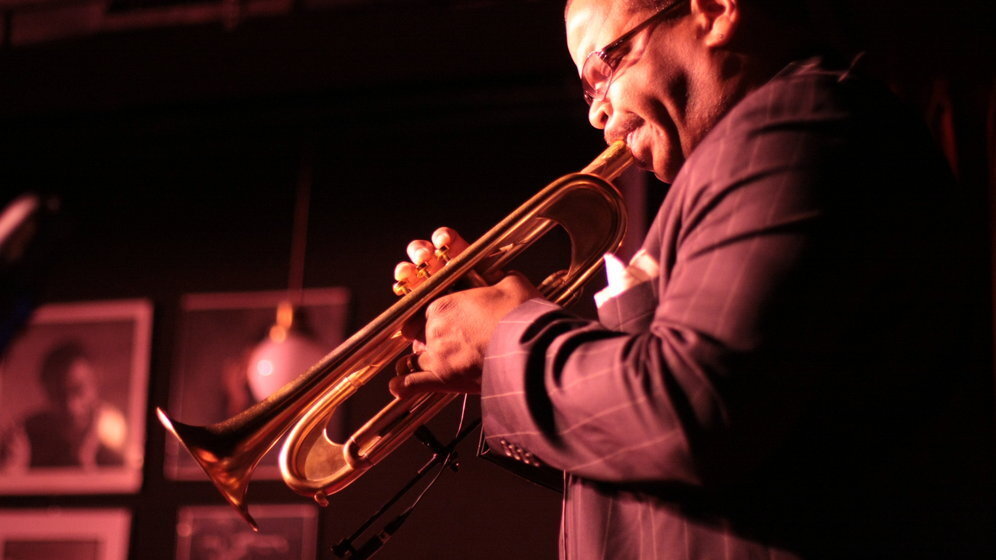 Many Americans have heard Terence Blanchard's music, even if they don't know it — he's scored many of Spike Lee's films since the early '90s. But only a relative few have connected Blanchard the movie composer with Blanchard the acclaimed jazz trumpeter, who combines a love for the music of his native New Orleans with modern hard bop and a spirit of innovation. In the latter capacity, Blanchard brought his quintet north into New York's Village Vanguard, for a performance broadcast live on air by WBGO and live online here at NPR Music.

Blanchard and his band performed nearly uninterrupted for well over an hour, pausing only for introductions mid-set. The night began with slow, dirge-like paeans from Blanchard's latest album A Tale of God's Will (inspired by post-Katrina New Orleans), which morphed into a panoply of energized rhythms and settings. Blanchard's trumpet shone throughout, from airy puffs slurred together into caliginous solos to vibrant, high-note acrobatics.

Backing him was an unfalteringly precise band of relatively young artists. Bassist Derrick Hodge is also a film composer and hip-hop producer; drummer Kendrick Scott also appeared in the previous Village Vanguard broadcast with Kurt Rosenwinkel, and manages his own record label. The rest of the band featured fairly new additions in pianist Fabian Almazan, trained in Cuba and Miami, and saxophonist Walter Smith III, who was playing his first substantial gig with the group.

As a young musician, Blanchard got his first big break from another New Orleans trumpeter. Wynton Marsalis recommended Blanchard to drummer Art Blakey; Blanchard soon became the musical director of the Jazz Messengers for several years in the 1980s. Not long after he left Blakey to pursue a solo career, Blanchard began to score films. He's since amassed more than 10 jazz albums and more than 25 film soundtracks, and he's currently working on a new recording. Since 2000, Blanchard has also been the artistic director of the Thelonious Monk Institute of Jazz, and lobbied successfully to move the headquarters to his hometown of New Orleans.

Blanchard's latest album merges his various artistic pursuits with profound inspiration: A Tale of God's Will (A Requiem for Katrina) features his quintet backed by a 40-person string orchestra. After Spike Lee asked Blanchard to score his four-hour documentary When the Levees Broke, Blanchard was inspired to fill out an album's worth of music. The resulting disc won the 2008 Grammy Award for Best Large Jazz Ensemble Album.

"It was probably the most difficult artistic project that I've ever been associated with," Blanchard told NPR's Neal Conan in 2007.

Blanchard was fresh off his greatest national exposure yet. He recently won another Grammy Award for Best Jazz Instrumental Solo ("Be-Bop," from a live performance at the Monterey Jazz Festival in 2007), and performed that night with an eclectic New Orleans lineup of Lil Wayne, Allen Toussaint and the Dirty Dozen Brass Band. This Village Vanguard concert marked Blanchard's second nationally broadcast performance in as many weeks, though compared to the Grammy ceremony, he performed at significantly greater length.