Accessibility links
Who Are You Wearing To The Oscars? Who Cares? At the annual Oscar gala, the cameras flash and reporters ask whose clothes you're wearing. But they only offer a glimpse of nominees and their escorts. This Sunday, commentator Peggy Orenstein will walk the red carpet with her filmmaker husband — another time.

Listen
Who Are You Wearing To The Oscars? Who Cares? 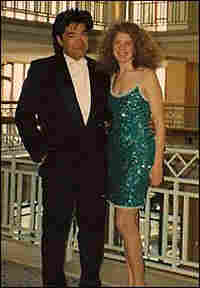 When my husband tells people that he's up for an Academy Award, their first response is: "Hey, that's great!" Followed immediately by: "So, what's Peggy gonna wear?"

Let me be clear. I am the wife of a documentary filmmaker. This does not put me on the short list of women who can borrow a gown from Dior. The truth is, I spend most of my days in yoga pants and a shirt that is generally stained by my 5-year-old with something better left to the imagination.

Fabulousness is not part of my repertoire.

I have, however, been faced with this challenge before. Eighteen years ago, when I was 29, I waltzed down the red carpet in a sequined, aquamarine minidress bought at a department store for $300, a sum I could ill afford on my meager salary as an editor for a nonprofit political magazine. I left the tags on until the day before the ceremony. Steven and I had only just started dating, and I wasn't convinced the relationship would make it through the four long weeks between the nomination and the big event. If it didn't, I damn well wanted to be able to return that frock.

A tip to the guys out there: If you want to impress a girl, take her to the Oscars. And win. I'm not saying I married Steven only because his name was in the envelope-please, but if part of a marriage is developing a mythology of destiny, the Oscar that now sits on top of our fridge was integral to ours.

We've been through a lot since then, and not all of it the stuff of happy endings. There have been books for me, other films for him, successes and failures for us both. We've weathered the deaths of Steven's father and several dear friends; gone through six years of infertility on the way to conceiving our daughter; we've both survived cancer.

But, like Sondheim said: We're still here. And maybe we're even sweeter for our scars.

Speaking of which, our marriage isn't the only thing that has been touched by time. Let's just say this old, bottle-blond mare ain't what she used to be. Coco Chanel famously said, "Nature gives you the face you have at 20. Life shapes the face you have at 30. But at 50, you get the face you deserve." I haven't yet reached that final milestone, but I'm ready to own it, marionette lines and all.

So on Feb. 22, look for us milling around in the background on the red carpet: We may only be extras in the lives of Meryl, Marisa, Mickey and Kate, but we've got starring roles in our own, and this is our time to shine. I don't know whether the statuette on our fridge will get a playmate, but it doesn't much matter. We've gotten this far, on our own and together. We've won.

Oh, and I'll be wearing Verrieres and Sako. They're a pair of young Oakland, Calif., designers who, along with San Francisco jeweler Shreve & Co., were gracious enough to lend me something for the occasion — given the economy, I still can ill afford a gown. This one is an aubergine ruched satin topped by a black, sheer organza jacket. It's architectural and modern, but with all the glamour of the 1940s. And wearing it, I actually might achieve fabulous.

Christian Dior, eat your heart out.

Peggy Orenstein is a writer, editor and speaker about issues affecting girls and women. She is married to filmmaker Steven Okazaki. Orenstein's newest book is Waiting for Daisy. 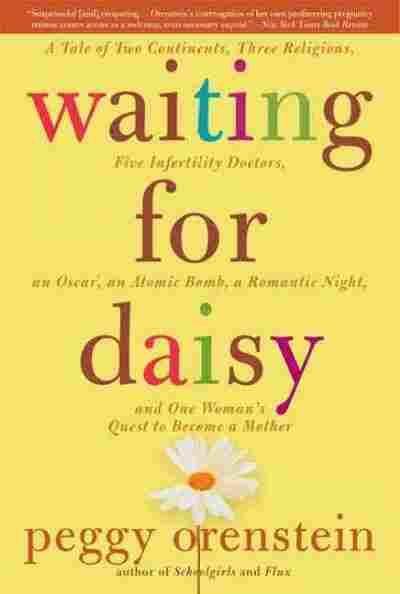