Accessibility links
Before I Get Old: 'The 27s' Made Early Exits Joplin, Hendrix, Cobain: The list of rockers who departed this world at the age of 27 is long — and eerie. Author Eric Segalstad explores this phenomenon in his new book, The 27s. 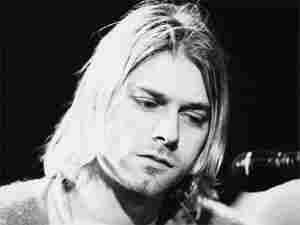 Eric Segalstad has spent the past few years researching a group of musicians who have been dubbed "The 27s" — rockers who died at that age, either through tragedy, misadventure or excess. The club includes Kurt Cobain, who took his own life 15 years ago Sunday.

The king of grunge is just one of the more than 20 musicians featured in Segalstad's book, The 27s: The Greatest Myth of Rock & Roll. It includes artists across all genres — from Jim Morrison to Robert Johnson.

"It's a strange number," Segalstad tells NPR's Robert Smith. "It also happens right around that time in your life where most people go from the stage of youth to the stage of maturity." 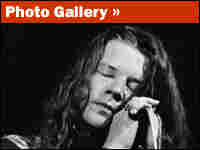 Check out a slideshow of 'The 27s'
Tucker Ransom/Getty

Some of the subjects of The 27s — like Hole's Kristen Pfaff — didn't make that leap, turning instead to the cliché of sex, drugs and rock 'n' roll that led to early deaths.

"But they weren't all victims of rock 'n' roll stardom ... living life fast and furious," he says. "There were also quite a few accidents and other tragic events that cut their lives short." Take, for example, the case of punk singer Mia Zapata, who was murdered in Seattle in 1993.

Others, says Segalstad, were victims of the business side of the rock 'n' roll lifestyle — like Pete Ham of Badfinger.

Janis Joplin said that, whether people know it or not, they like their blues singers miserable. We need these musicians to be out there for us, to feel what we feel and to be what we want to be and can't.

Eric Segalstad, author of 'The 27s'

"I found him compelling because he did live life pretty purely," says Segalstad. "He didn't have any strong drug addictions, and he didn't live life any harder than you or I did at the time. But he was victim to crooked managers and record label quarrels that rendered him penniless and frustrated, and he ended his life by hanging himself in his studio garage."

In a way, the early deaths of so many of these stars have changed the way we look at performers.

"Janis Joplin said that, whether people know it or not, they like their blues singers miserable. And I think that's part of it," says Segalstad. "We need these musicians to be out there for us, to feel what we feel and to be what we want to be and can't. It is a dangerous profession."

But Segalstad says that, overall, The 27s is not a depressing book.

"It celebrates the lives and legacies of all these musicians," he says. "We want people to remember who they were and the music they created while they were here."