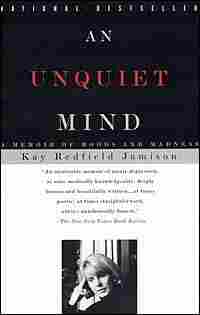 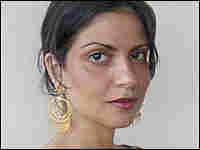 Melody Moezzi is an Iranian-American attorney and the author of War on Error: Real Stories of American Muslims, for which she won a 2007 Georgia Author of the Year Award. Courtesy of Melody Moezzi hide caption

The first thing people say when I tell them that I'm bipolar (after some awkward condolences) is that I should keep quiet about it.

But I've never been good at keeping quiet about anything, and it turns out that I'm in some stellar company when it comes to this topic. Top on that list is Kay Redfield Jamison, a professor of psychiatry at the Johns Hopkins University School of Medicine, a leading expert on bipolar disorder and a woman fearless enough not only to admit that she has the disease, but also to write extensively about her experiences with it.

Jamison's memoir, An Unquiet Mind, is, without a doubt, the most brilliant and brutally honest book I've ever read about bipolar disorder (formerly known as manic-depression). I've read nothing else that has better captured the torment and elation of this strange illness, nor have I ever felt compelled to recommend any other book on the topic to "outsiders."

Jamison has studied and written extensively on her scientific findings, but what makes An Unquiet Mind such a great read has nothing to do with research and everything to do with Jamison's ability to relay her distinctive and singular perspective in human terms.

Jamison writes: "I did not wake up one day to find myself mad. Life should be so simple."

I wish it were. A restless mind is a hallmark of bipolar disorder. From the racing thoughts, flight of ideas, insomnia and impulsivity of mania to the seemingly interminable despair, guilt, apathy and hopelessness of depression — this is not exactly a demure disease. And Jamison captures all the loud, restless, deadly and impolite capacities of it.

Unlike so many other memoirs on this topic, Jamison doesn't limit her accounts to the neat opposing poles of mania or depression, either. She delves into some of the most complex states of the disease, ones that I have found outright indescribable. Psychosis and so-called "mixed states" — where depression and mania coexist simultaneously — simply seem to defy explanation. But Jamison somehow finds the right words: "My body is uninhabitable," she recalls feeling, "raging and weeping and full of destruction and wild energy gone amok."

Still, this book is a testament to the fact that a truly unquiet mind need not be a deficient one. It can lead to a lively, inspired soul, and Jamison's writing captures just that. She writes, "I have found it to be seductively complicated, a distillation both of what is finest in our natures, and of what is most dangerous." At once, An Unquiet Mind gives its readers a ride and an illustration like no other — one that seamlessly merges the ostensibly contradictory worlds of doctor and patient, lofty and low, crazy and sane.