Accessibility links
In Search Of The Holy Dead From dismembered toes to leathery tongues, Peter Manseau explores the centuries-old obsession with relics, the body parts of long-dead saints and spiritual leaders.

Listen
In Search Of The Holy Dead

In Search Of The Holy Dead

Book Tour will no longer be available on a weekly basis, but it will be an occasional series. Podcast subscribers don't need to make any changes; future readings will download automatically when published. 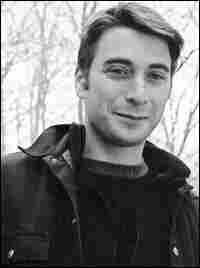 Peter Manseau is the author of Killing the Buddha, Vows and Songs for the Butcher's Daughter, winner of the National Jewish Book Award. He is a doctoral candidate in religion and lecturer in journalism at Georgetown University. Gwennann Manseau hide caption

'The Shroud Of Turin Is A Fake'

What Are Buddhist 'Cremation Jewels'?

Who Owns Remains And Relics?

Book Tour is a Web feature and podcast where we present leading authors of fiction and nonfiction as they read from and discuss their work.

The child of a former Roman Catholic priest and a mother who was a nun, Peter Manseau is making a career of writing about religion and spiritualism at its most unorthodox. Killing the Buddha: A Heretic's Bible, which he co-wrote with Jeff Sharlet, is a rewrite of the Bible based on stories of religious experience they collected during a yearlong road trip across the country. Manseau's memoir, Vows, is the story of his parents' decision to leave behind lives of religious celibacy to marry and have a family, and of their efforts to reform the church that refused to forgive them for breaking their vows.

In his latest book, Rag and Bone, Manseau takes on what some might think of as one of the more macabre manifestations of faith: relics. From dismembered toes to leathery tongues, Manseau explores this centuries-old obsession with the body parts of long-dead saints and spiritual leaders. In the course of his travels he has seen not one, but two purported heads of John the Baptist, one in Istanbul and one in Damascus. And he has a few stomach-turning stories of how people tried to steal these body parts and spirit them away.

But Manseau doesn't see reverence for relics as a bizarre religious practice. "These bones — fragile, mortal, beautiful — are where belief begins," he writes. They are part of the tradition of Christianity, Buddhism and Islam.

Manseau grew up as a Catholic after Vatican II when relics were deemed irrelevant. But the author was fascinated by them because he has always been "drawn to hidden histories." And he insists that Rag and Bone is not a book about death, but about life, movement and the stories that surround these objects of devotion and faith.

This reading of Rag and Bone took place on April 4, 2009, at the Politics and Prose bookstore in Washington, D.C. 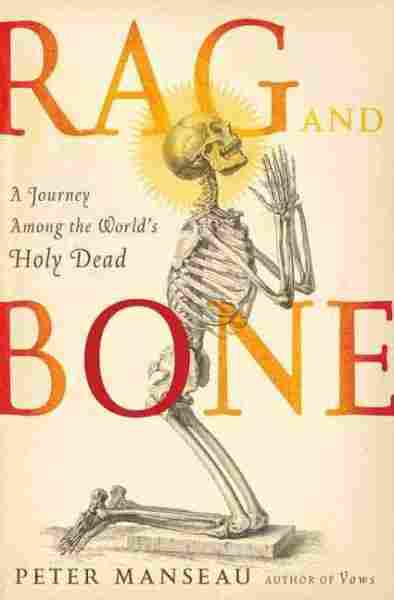 A Journey Among the World's Holy Dead