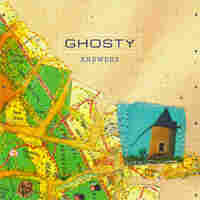 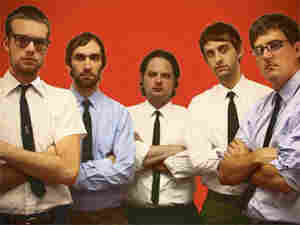 The Lawrence, KS group Ghosty has shown tremendous growth since releasing its 2005 debut, Grow Up or Sleep In. The band's new follow-up, Answers, out now on Oxblood records, is richly produced and more polished with inspired song craft.

Since forming in 1999, with primary singer and songwriter Andrew Conner at the University of Kansas, the band has seen considerable lineup changes and additions. Now the group has settled for the most part, with Connor, David Wetzel on keyboards, Mike Nolte on bass, drummer Josh Adams and the newest member, Kansas City guitarist Jake Blanton.

For Grow Up or Sleep In Ghosty turned to producer Mike Mogis (Bright Eyes), and Oklahoma-based producer Trent Bell (Flaming Lips, Starlight Mints), and the album gained considerable buzz with the song "Clouds Solve It." It featured The Flaming Lips' singer Wayne Coyne.

Conner's songwriting has also matured. On "Dumbo Wins Again," a song of heartbreak and failed relationships, Connor sings, "I used to get so down before until I realized, 'Oh, it was you,' 'Cause you seem so void of life, Used to tell me that it isn't true." With strong sophomore efforts like this, Ghosty continues to help put burgeoning music towns like Lawrence, KS on the map.

This review originally ran in May, 2008.