Accessibility links
Is It Wrong To Pay For Sex? It is an age-old question about what is often called the world's oldest profession. But is it morally and ethically wrong — and should it be legally wrong — to pay for sex? Experts take on the topic.

Is It Wrong To Pay For Sex?

Is It Wrong To Pay For Sex?

Read a transcript of the debate. (PDF) 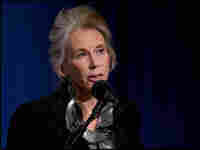 Catharine A. MacKinnon, who pioneered the legal claim for sexual harassment, was among those arguing for the motion. Kevin Wick/Longview Photography hide caption

On May 12, panelists debate the proposition "Diplomacy With Iran Is Going Nowhere." 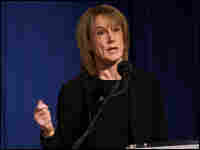 Sydney Biddle Barrows, perhaps better known to millions as the "Mayflower Madam," was among those arguing against the motion. Kevin Wick/Longview Photography hide caption

It is an age-old question about what is often called the world's oldest profession. But is it morally and ethically wrong — and should it be legally wrong — to pay for sex?

A panel of experts recently took on the topic in the latest Intelligence Squared U.S. debate.

As Robert Rosenkranz, chairman of Intelligence Squared U.S., put it before the debate, "The notion of paying for sex can encompass such an incredibly broad range of ideas — from patrons of child prostitutes in Thai brothels to rich Wall Streeters who support their girlfriends in graduate school. So there's such a huge range of meanings here."

The motion for the April 21 debate at The Rockefeller University in New York City was: "It's Wrong To Pay For Sex." Three experts argued in favor of that motion in an Oxford-style debate, and three argued against.

John Donvan, correspondent for ABC News' Nightline, was moderator for the evening. Those debating were:

Melissa Farley is a clinical and research psychologist with San Francisco-based nonprofit Prostitution Research & Education and an associate scholar with the Center for World Indigenous Studies. She wrote Prostitution and Trafficking in Nevada: Making the Connections and Prostitution, Trafficking and Traumatic Stress.

Catharine A. MacKinnon specializes in sex equality issues under international and constitutional law. She pioneered the legal claim for sexual harassment and, with Andrea Dworkin, created ordinances recognizing pornography as a civil rights violation. The Supreme Court of Canada largely accepted her approaches to equality, pornography and hate speech.

Wendy Shalit received her philosophy degree from Williams College in 1997. Her first book, A Return to Modesty: Discovering The Lost Virtue, argues that modesty is misunderstood as "repression"; and her follow-up, The Good Girl Revolution: Young Rebels With Self-Esteem and High Standards, showcases a new generation of female role models.

Sydney Biddle Barrows, perhaps better known to millions as the "Mayflower Madam," found herself moonlighting as a phone girl at an escort service after having been fired for refusing to participate in a kickback scheme. Less than a year later she opened up her own agency, Cachet, which was eventually closed down by New York authorities. She is now in the information marketing business.

Tyler Cowen is Holbert C. Harris Professor of Economics at George Mason University and director of the Mercatus Center. He has written numerous books on the relationship between commerce, the arts and morality, including In Praise of Commercial Culture and, most recently, Discover Your Inner Economist.

Lionel Tiger is the Charles Darwin Professor of Anthropology at Rutgers University. Among his books are Men in Groups, which introduced and developed the concept of male bonding, The Imperial Animal, The Pursuit of Pleasure and The Decline of Males.