Accessibility links
Bela Bartok: From The Fields To The Concert Hall Bartok's obsession with folk music fueled his career. The Hungarian band Muzsikas joins the Takacs String Quartet for a concert of Bartok's own music, and the peasant dances and that inspired him.

In Concert at Jordan Hall

Bartok: From The Fields To The Concert Hall

In Concert at Jordan Hall 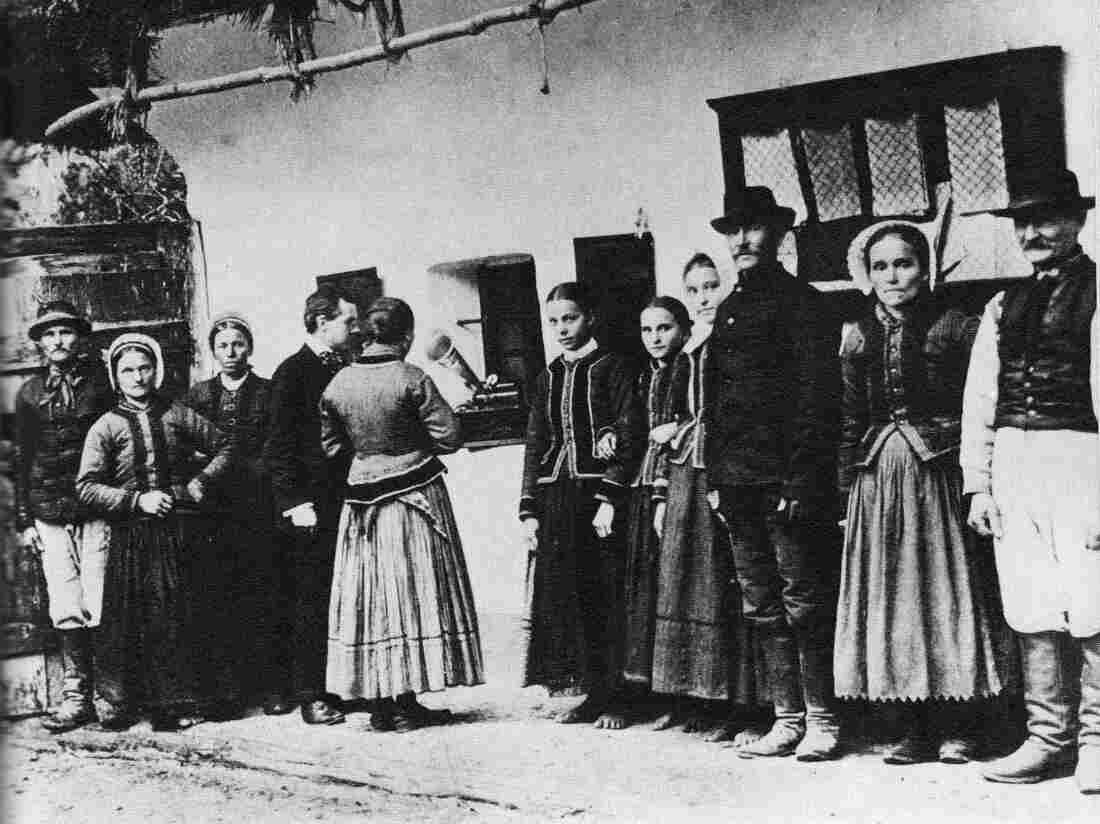 Bartok, standing near a window, records the songs of villagers in 1907. Wikimedia Commons hide caption 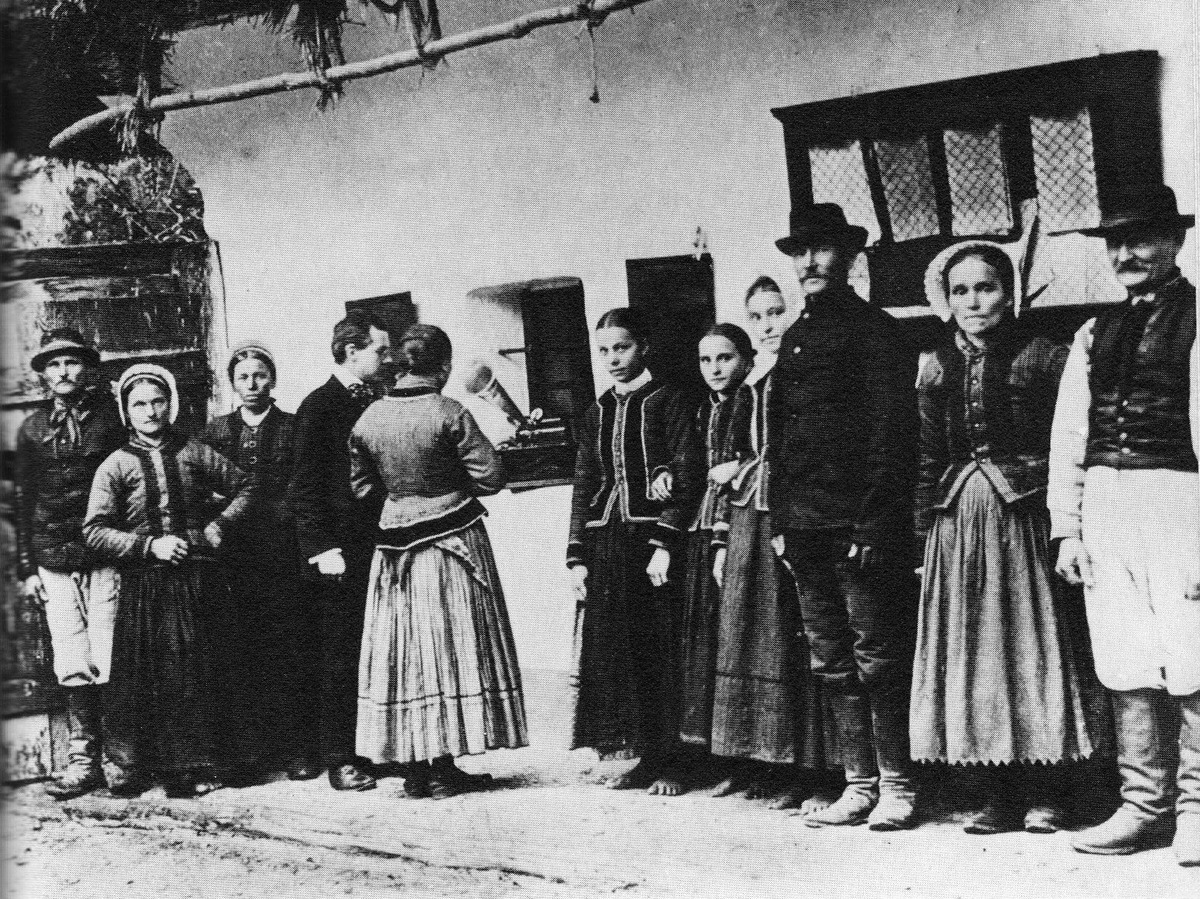 Bartok, standing near a window, records the songs of villagers in 1907.

Classical music has never lived in a bubble. There has always been a free flow of ideas intersecting so-called art music and folk music. In this concert from Boston, they all come together: The acclaimed Takacs String Quartet joins the Hungarian folk ensemble Muzsikas (with singer Marta Sebestyen) to celebrate one of Hungary's finest, composer Bela Bartok, who was brilliant at mixing the highbrow and lowbrow in his own music.

- "Shoe of My Horse" (Marta Sebestyen)

Traditional: Ballad of the Murdered Shepherd

Bartok was born in 1881, near the border of Hungary and Romania, and his interest in the folk music from those two countries fueled much of his career as a composer and scholar.

Bartok lugged a bulky Edison phonograph out to remote villages to capture songs from the locals. He also notated songs, and by 1918 he had collected more than 9,000 Slovak, Hungarian, Romanian, Bulgarian and Serbian tunes. He also edited folk-song collections — more than 16,000 songs. Bartok made fairly straightforward arrangements of some of those tunes, while sometimes just the spirit of the music made its way into his own pieces.

When the members of the Takacs Quartet and Muzsikas combine for a concert, they delight in making clear the connections between Bartok's own music and his folk-music obsessions. For example, they alternate movements from some of Bartok's best-known pieces (Romanian Folk Dances, String Quartet No. 4) with the real village dances he collected in the field — both the actual old scratchy records and their own live versions thereof.

The Quartet, and Sebestyen, does a convincing bagpipe imitation, and one never knows when Muzsikas might suddenly break into a bear dance from the remote region of Gyimes.