Accessibility links
Mining The Classics For Laughs (Even 'Moby Dick') Moby Dick, Ulysses and The Sound and the Fury can cause cold sweats just by coming up on a syllabus, but author Jack Murnighan swears that these classics are packed with humor. 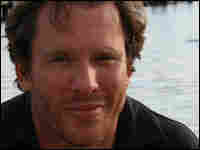 Jack Murnighan is the author of Beowulf on the Beach: What to Love and What to Skip in Literature's 50 Greatest Hits. hide caption 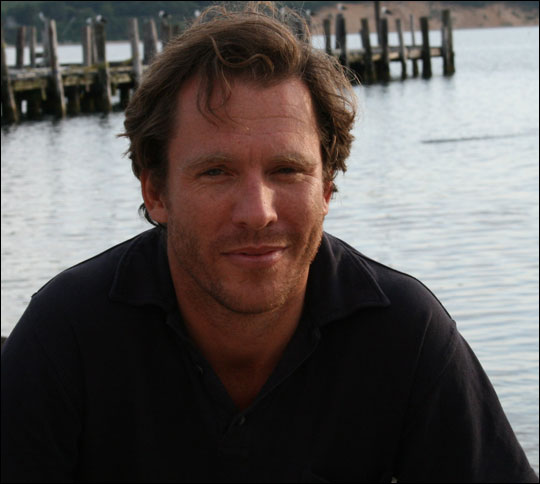 Jack Murnighan is the author of Beowulf on the Beach: What to Love and What to Skip in Literature's 50 Greatest Hits.

Moby Dick, Ulysses and The Sound and the Fury can cause tremors or cold sweats just by coming up on a syllabus or in conversation at a cocktail party. And there's good reason: The terrifying trio present some real challenges to the reader (Moby Dick with its encyclopedism, Ulysses with its recondite vocabulary and constant experimentation, and The Sound and the Fury with its flip-flopping of times and names, and general narrative confusion).

But here's a secret key to finishing — and actually enjoying — these all-time intimidators: You have to realize how much humor is packed into each, and let laughter get you over the humps. 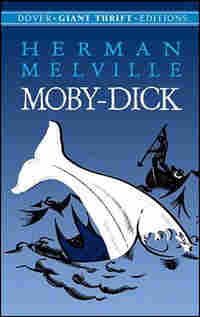 Moby Dick, despite its reputation as a bore, was intended to be — and actually is — one of the funniest books of all time. To save the whale from misunderstanding, all it takes is to realize that the narrator, Ishmael, is an irreverent wisecracker, forever making jokes at the expense of landlubbers, society, religion, his fellow sailors and himself. He's a terrible shipmate, falls asleep on watch in the crow's nest, is always about to tumble overboard, generally gets in the way of the killing of the whales, and is invariably more involved in his own ruminations than in the spume and storm around him. Ishmael is like Shakespeare's clowns: equal part comedian and tragedian, philosopher and cutup, always ready with the barbed aside or incisive aphorism. And all that encyclopedic stuff? It's playful — and often ironic. Give it another look and you'll see almost immediately that Melville's tongue couldn't have been more in his cheek.

Read an excerpt of Moby Dick

To appreciate the humor of Ulysses, however, it's best to go to the bar (OK, not literally, though Joyce's writing is liable to drive you to one). No, I mean Dublin's pubs, for though the whole of Ulysses is poppy-seeded with excellent one-liners like "England, the great empire on which the sun never rises," Joyce is at his funniest — and most comprehensible — when the characters are talking over pints of Guinness. Joyce describes his bar-goers as willing to "suck whiskey off a sore leg," and they provide some of the greatest running (and often salacious) dialogue in all literature. The minute Joyce steps into a watering hole, make sure you pull up a stool and listen.

(Oh, and one last note: Don't be afraid occasionally to laugh at Joyce. A fair bit of his stylistic envelope-pushing is ludicrous, not to mention his rather adolescent notions of women's sexuality.)

Read an excerpt of Ulysses

'The Sound And The Fury' 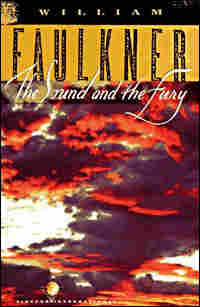 The Sound and the Fury, by William Faulkner, paperback, 336 pages

While Ulysses is pretty tough-going throughout, William Faulkner's The Sound and the Fury is more like an Ole Miss frat that hazes you a bit before it lets you in. It begins with Benji, the autistic narrator (this part is so confusing, I often recommend skipping it) and proceeds to Quentin, recounting the day leading up to his suicide — not exactly a laugh riot. But the second half is Jason's story, and he is a study in the sardonic. Contrasted to his spoiled siblings, Jason is the man with no privilege, the mercantile Machiavelli skimping and scheming himself into the power he couldn't inherit. The neglected son is one of Faulkner's fascinations, and he gives Jason a tongue as pointed and poisonous as ever revenged itself on the world.

That said, even the earlier sections are not without laughs. In Quentin's tale, the mother of one of his Harvard classmates, Gerald (another of Faulkner's dashing young men), says to her son, "What a shame that you should have a mouth like that it should be on a girl's face." The son, not missing a beat, replies, "Mother, it often is."

The important thing to remember about these three classics is that their authors aren't always as serious as their reputations would suggest. Melville, Joyce and Faulkner wanted to work a lot of fun into their masterpieces, and humor is part of what makes the novels the triumphs that they are.

Read an excerpt of The Sound and the Fury

Title
The Sound and the Fury
Author
William Faulkner