Accessibility links
A Reporter's Life Inside The Mortgage Meltdown Several books have been published about the subprime crackup, the housing bubble and the financial meltdown, but Busted: Life Inside the Great Mortgage Meltdown by reporter Edmund Andrews is special. That's because as he was writing about the issue, he himself was sinking as fast as anyone. 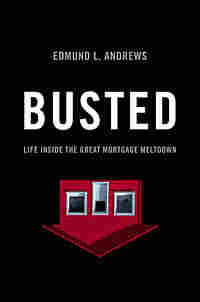 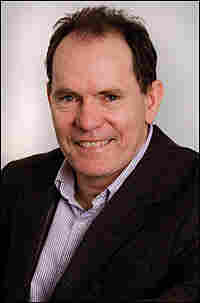 In his book, New York Times reporter Edmund Andrews chronicles his experience of buying a house he couldn't afford, watching his debt mount, and being seven months behind on the mortgage. Courtesy of W.W. Norton & Co. hide caption 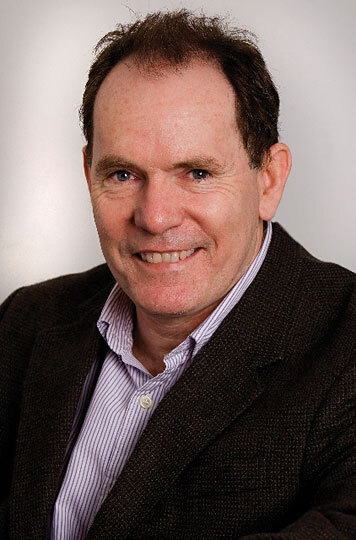 In his book, New York Times reporter Edmund Andrews chronicles his experience of buying a house he couldn't afford, watching his debt mount, and being seven months behind on the mortgage.

Several books have been published about the subprime crackup, the housing bubble and the financial meltdown, but Busted: Life Inside the Great Mortgage Meltdown, by reporter Edmund Andrews, offers special insight.

Andrews covered it all for The New York Times, and his book is a concise and lucid account of how the banks and hedge funds invested in securities that were huge bundles of risky mortgages, and made home loans to people who had no business borrowing the money they did.

What is compelling and special about Andrews' book is that he was one of those people. As he was writing about the pit of financial quicksand that millions of Americans were descending into, he himself was sinking as fast as anyone — though he was making an annual salary of over $100,000.

Andrews has asked himself many times how someone in his situation could wind up on the brink of foreclosure.

"The short answer is that, first, I was divorced and desperately in love and eager to get remarried," he tells NPR's Robert Siegel. "But I was carrying huge child-support payments and so I was in a very delicate, fragile financial situation but wanted to buy a house and start this new chapter in my life.

"The longer answer to that question is, I had lenders falling over themselves to give me that money — to lend me half a million dollars. They were begging to lend me the money. They didn't care what my situation was. They didn't care how I might or might not be able to repay it. And they were actually willing to give me a good rate."

Andrews says it was "mind-boggling" how he got a $500,000 loan despite his financial situation. He adds that his mortgage broker prided himself on handling difficult situations.

"Even at that time, I was just amazed by what was possible. ... I didn't even tell them what my income was," he says. "I literally left that income box blank and they went ahead with it anyway, strictly, entirely on the basis of the fact that I had a good credit score at the time, and that I had a job, and, basically, I was breathing."

He says that he thought he could pull off the payments, while acknowledging "this was the biggest gamble of my life."

When the financial demands became too great and Andrews was unable to keep up with even basic expenses, he turned to his credit card.

"To my horror, it wasn't long before I realized we were running up about $2,000 a month, on average, in credit card debt," he says. "And it quickly began to just overwhelm us."

He says because he wasn't thinking clearly at the time, he decided that he would borrow money to clear his credit card debts.

"I would borrow money from myself and I'd be running up even higher monthly payments to my 401(k), and getting overall into even more debt," he says.

In 2006, Andrews says, when he felt overwhelmed with credit card debt, he turned to his mortgage broker, "kind of like a crack addict going to the dealer.

"He arranged sort of double-hop refinancing where I borrowed more money ... used that to pay off the credit cards. That boosted my credit score. By going further into debt, I was able to improve my credit score and get a better deal on a mortgage."

Despite his situation, Andrews says he doesn't consider himself a victim or seek a bailout from the government or anyone else.

"That said, I really don't think I need to apologize for my mistakes because the country was in a situation at that moment where the whole financial system was enticing and enabling and encouraging everybody to borrow as much as they could," he says. "And the decisions that were made at the lender level and the Wall Street level were far more cynical and reckless than anything an individual consumer could have done."

Andrews is now seven months behind on his mortgage payments and says he has his doubts whether he will be able to hold on to the house.

"I think, one way or another, we'll probably have to move," he says. "That said, I've got the love of my life and that is worth a lot." 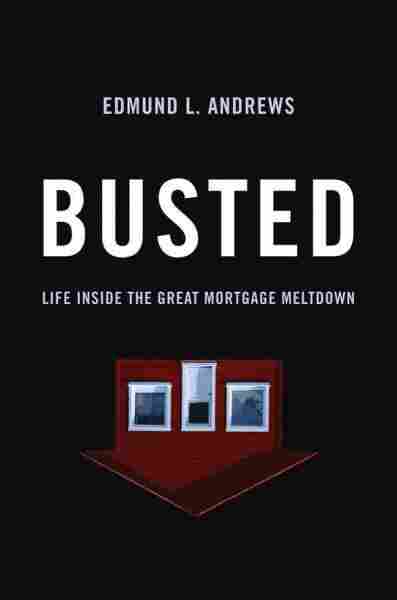 Life Inside the Great Mortgage Meltdown