Accessibility links
Books Reveal Theater's Behind-The-Scenes Secrets The Tony Awards are tonight, and NPR entertainment editor Trey Graham will be watching. But he thinks it's too bad that there aren't any categories for the best backstage dramas. Until that day comes, here are three applause-worthy books about what goes on behind the scenes. 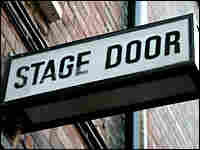 Trey Graham is an arts and entertainment editor at NPR.

It's a big night on Broadway: The 2009 Tony Awards are being handed out this evening. And although I'll be reviewing a show tonight, I've TiVo'd the broadcast, and I'll be watching later tonight with a house full of theater geeks.

I've got my favorites, and I'm sure the show will be fun, but I have to confess that I've always wished the Tonys would hand out awards for the best backstage dramas, too — you know, the stories that play out before opening night, among the writers, producers, directors and actors? Trust me: What happens backstage rivals anything ever performed in front of a live audience, and the Tonys should totally have categories for things like Best Costume Designer Meltdown and Best Composer-vs.-Lyricist Spat.

Until that happens, here are three applause-worthy books about what goes on behind the scenes on Broadway. 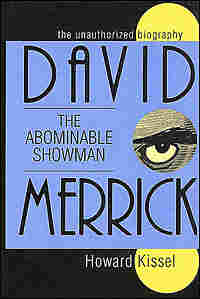 First up: If you're gonna write an unflattering biography of the meanest man in showbiz, you might as well go for broke with the title, right? That's what the critic Howard Kissel did with The Abominable Showman, his 1993 bio of legendary producer David Merrick.

Merrick was the guy behind all kinds of huge crowd-pleasers — Hello Dolly, Oliver, 42nd Street. If it sang and danced, he probably paid for it. But Merrick also had a thing for prestige shows: Tom Stoppard's breakout play, Rosencrantz and Guildenstern Are Dead, proved Merrick had a taste for good material to go with his unerring nose for publicity.

And as Kissel documents, Merrick also had no scruples at all. Backstage tantrum? Public feud? Merrick would try just about any tactic in the effort to strong-arm a director, spit in the eye of a critic or intimidate a star.

He could be unbearable, but his talents made him invaluable, too. Broadway would've been immeasurably poorer without him — although a lot of Broadway people might have been willing to give it a go.

Kissel's book doesn't pull any punches. But what makes this bio work is that the author respects his subject's gifts as an impresario, and understands how much he truly loved the theater. So reading about Merrick's excesses in The Abominable Showman is like watching a great actor lose track of his lines onstage: It's startling, and uncomfortably entertaining, and kind of sad. 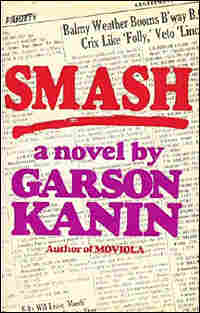 Garson Kanin was one of the Broadway directors that David Merrick clashed with, loudly and often, and there's rarely been a more vivid picture of the business than Kanin's novel Smash. It's a steamy, smart story — set in the decidedly swinging '70s — about the making of a Broadway-bound musical.

And Smash is chock-full of backstage drama: alcoholic choreographers, feuding songwriters, and more than one instance of what theater people call the "showmance" — y'know, those backstage affairs that flame hot in rehearsal, but burn out by closing night.

At least one hilarious incident, involving a producer who steals the sheet music right out of the orchestra pit when his composer refuses to cut a song, is Kanin extending a middle finger in the direction of — you guessed it — David Merrick, who did basically the same thing on a show called The Roar of the Greasepaint, The Smell of the Crowd.

How much more of this juicy business is based on real backstage stories? Who knows? But Kanin was there — for decades. And his passion for showbiz is cooked so thoroughly into this book that, by the time his fictional musical is ready for opening night, you'll want it to be a smash as much as its badly behaved creators do. 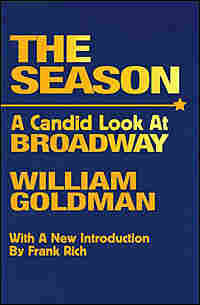 Speaking of badly behaved: Have you ever wondered how Broadway producers can nick you for a hundred bucks a ticket and still moan about the grim state of their business? The Season is the insider guide you've been dying for.

William Goldman's book is a chronicle of the Broadway season of 1967-68, a kind of post-mortem on that year's hits and flops, plus expert commentary on how they got that way.

Now, I have to confess that at four decades old, some of Goldman's anecdotes and analyses feel dated. There's a riff on gay people and their contributions to theater that sounds like so much well-intentioned idiocy to me. And I'll understand if you want to bail out on page 63, where the author says flat-out that a certain actress in a certain struggling sex comedy "should lose a little weight."

But mostly, The Season's diagnosis of what ails the commercial theater — and what's worth celebrating about it — is as cogent as it's ever been. There's a sharp dissection of what's dangerous about "the Snob Hit," a take-no-prisoners chapter on how lazy theater critics kill the thing they supposedly love, and a splendid talk with actor Hal Holbrook on the architecture of a solid solo show. That stuff? Timeless.

Plus there are fantastic stranger-than-fiction reports about creative teams who fight so much they accidentally pull their own shows apart, about fiscally inventive producers lining their pockets at everyone else's expense, about the crazy gambles theater people make — and about the disasters and the triumphs that can result.

My favorite thing in The Season, though, is this claim, which is both completely maddening and the truest thing I've heard in nearly two decades of writing about theater: "There are no rules on Broadway," Goldman writes, "and one of them is this: Art must be both fresh and inevitable; you must surprise an audience in an expected way." That's insane. That's impossible.

And that's why suddenly all the wild stories in my three favorite backstage books make a bizarre kind of sense. Because if that's how to succeed in show business, can you really blame show people for acting out? 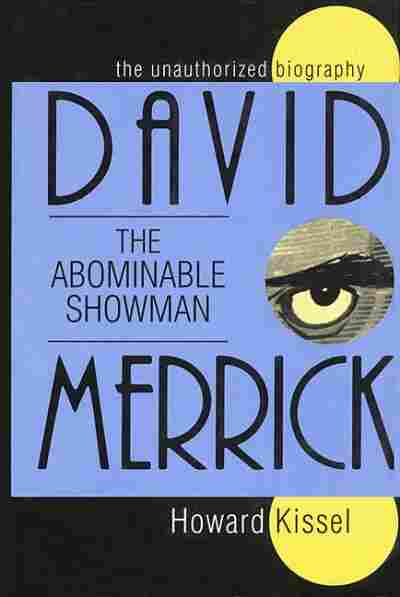 The Abominable Showman : The Unauthorized Biography