Accessibility links
Bill McHenry Quintet: Live At The Village Vanguard Many recognize the tenor saxophonist as one of the most original voices of his generation; one who possesses the rare ability to distill abstruse modern ideas into gorgeous, palpably warm music. 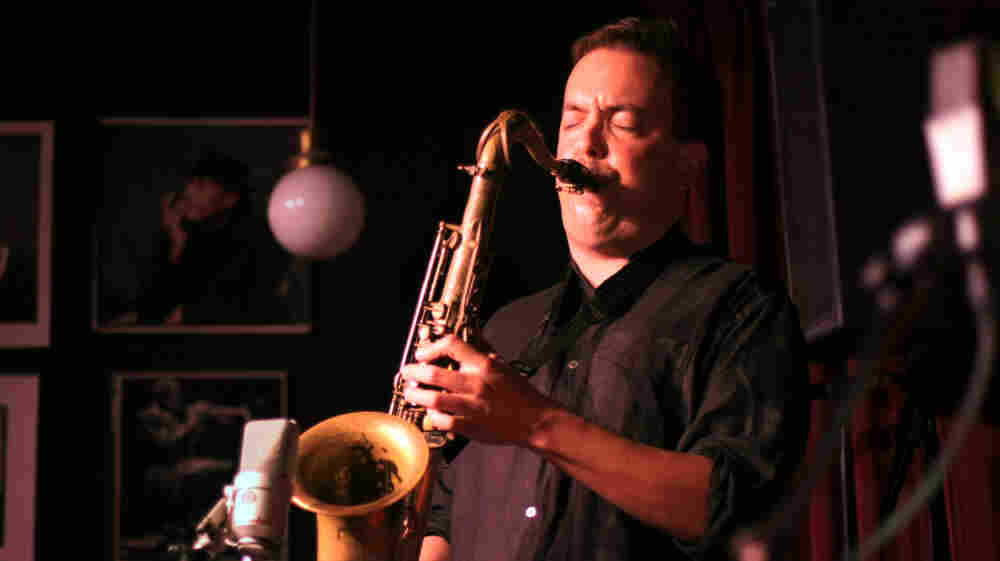 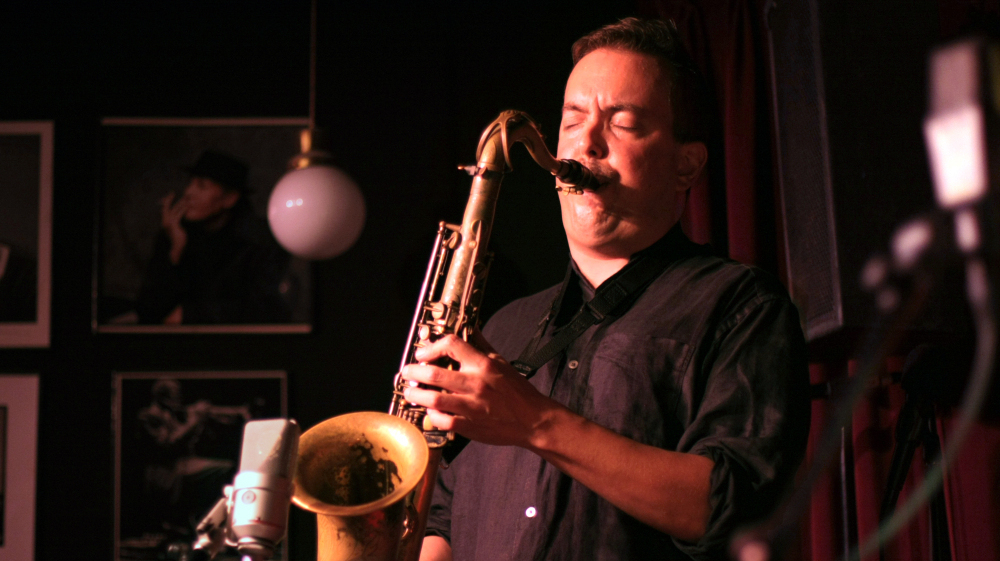 Everything about Bill McHenry's musical profile would seem to indicate that he's merely a generic player. He's a tenor saxophonist who arrived in New York in the early-'90s wave of young talent, released a few records on small independent labels and chose not to hide his enthusiasm for melodies and chord changes. But those in the know recognize McHenry as one of the most distinct voices of his generation — one who possesses the rare ability to distill abstruse modern ideas into gorgeous, palpably warm music. That voice was on display with his newest band, a quintet featuring a likeminded cohort in drummer Paul Motian, in a live performance from the Village Vanguard.

McHenry called a set of intriguing originals, plus a couple of standard ballads chosen with care. On his compositions, twisting horn themes often in unison motion gave way to solos that drifted in and out of apparent form; the slow tunes were clearly picked with a view toward torch-song beauty. And when he stepped to the fore, he wowed with his command of subtle details in shading and shaping even the most technical of phrases.

Joining McHenry on the front line were poised trumpeter Duane Eubanks and passionate alto saxophonist Andrew D'Angelo, who both took solos with forays into extended technique. Bassist Ben Street both walked time and toyed with it authoritatively; drummer Paul Motian, he of the uncommon accents, was as immediately recognizable as always.

When Bill McHenry arrived in New York in 1992, he was overshadowed by the Young Lions of his generation. But in the years since, he has slowly, quietly developed a celebrated musical identity whose bloom has only recently been noticed by more than his peers. Both New York Times jazz critics, Ben Ratliff and Nate Chinen, listed McHenry's last record, Roses, among their favorite album of any genre in 2007.

As a bandleader, McHenry is known for extracting lyricism from musical templates which verge on the abstract and the formless. It's a tricky aesthetic to pursue, but his penchant for melodic coherence keeps the ship beautifully afloat, even seemingly simple. (It helps that he possesses a distinctive, fully ripened tone, bristling with echoes of an earlier era.)

McHenry is no stranger to the Village Vanguard. He took this current quintet to the venue in 2008, and appears as a sideman or co-leader several times a year. In fact, this broadcast performance marked his second week in a row playing the Vanguard — the previous week, he upheld his longtime spot in the horn section of Guillermo Klein's Los Guachos.