Accessibility links
Buck Up: Life Lessons From Young Heroines When the stock market crashed, writer Lizzie Skurnick turned to her childhood bookcase, where she found a bunch of girls who learned to survive life's downsizing. Here are three heroines whose belt-tightening serves as great advice.

You might think of girls' fiction as one big Cinderalla rewrite — that scullery maid who finally gets her night at the ball. But if you're seeking tips on weathering the economic crisis, your daughter's bookshelf may be better than Suze Orman.

When they're in a tough spot, teen heroines tame wolves, survive in garrets and live out nine-month snowstorms — without a tiara in sight.

'Island of the Blue Dolphins' 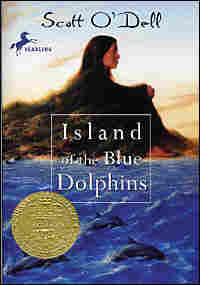 Island of the Blue Dolphins by Scott O'Dell, paperback, 192 pages


The next time someone asks what book you'd bring to a desert island, say Scott O'Dell's Island of the Blue Dolphins, which might actually help you live out the first week. (Sorry, Paradise Lost.) Pre-empting Lost by half a century, this classic tells the story of Karana, a chief's daughter who has to make do with shells and seagulls for company when her tribe sails for the mainland and leaves her behind.

Any young fashionista can identify with Karana's first setback: ruining her yucca skirt swimming after her slowpoke brother. But being abandoned is only the beginning. Not only is her brother killed by wolves, but an earthquake eats her house, and when the ship returns for her, she misses it again. (It kills me every time!)

But Karana refuses to take her tragedies personally. Not only does she befriend the wolf in question, but she also does the hunting, preserving and gathering work of an entire tribe. (In case you ever need to know, red abalones are the sweetest.) She's not exactly whistling while she works. But hunting water buffalo doesn't leave a lot of time for self-pity.

Read an excerpt of Island of the Blue Dolphins 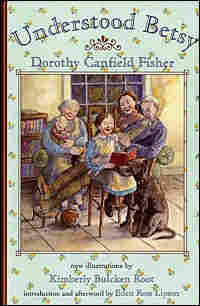 
Being sent away from your genteel life to live with country cousins might not strike the reader as a climactic event, but that's exactly how it feels to Elizabeth Ann, a spindly city girl rusticated to snowy Vermont when her aunt takes ill.

For a girl used to having every cough a source of grave concern, Elizabeth Ann finds Putney Farm an obstacle course of impossible tasks, like having to hold the reins of Uncle Henry's wagon or do her own hair. (Even naming a kitten becomes a major crisis.) But, as Elizabeth Ann manages to survive washing the dinner dishes by herself, it dawns on her that having her fears ignored by her newly found relatives is the best gift anyone could give. Like her shortened name, Betsy, she finds she's happy to leave that pampered past behind. 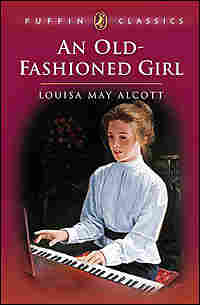 An Old-Fashioned Girl, by Louisa May Alcott, paperback, 360 pages

I've never been able to figure out if the ever-annoying Pollyanna is based on Louisa May Alcott's Polly, another country girl who looks on the bright side of life — but without making you want a large mallet.

In the first half of the novel, Polly annoys her sophisticated friend Fan with her simple clothing and penchant for being kind to old people. But the second half of the novel, which Alcott wrote after being beseeched by fans, finds an older Polly wrestling with bigger questions, like whether to marry a rich friend of Fan's simply to have enough to eat.

Alcott can't quite keep herself from making Polly one of her moral goody-goodies. (Remember Marmee convincing the March girls how fun it would be to give away their Christmas breakfasts?) But when Fan's father goes smash, Polly and Fan realize that knowing how to sew a gown back inside-out is better than having a rich husband you don't love. Being poor doesn't mean you don't get to go to the ball.