Accessibility links
Good Dad, Bad Dad And Something In Between In celebration of Father's Day, here are three enthralling books about a few different dads — not all of whom know best. 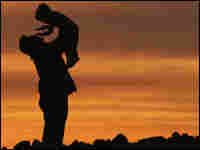 Dads are amazing creatures: They transform themselves into various animals to provide transportation for little travelers. They're always up for games like "Let's Look for Bugs Under These Rocks!" and "I'll Be Triceratops and You Be T. Rex." And nobody, but nobody, beats Daddy for daily stories.

So here are three enthralling stories about dads. The fathers in these books run the daddy gamut: the good, the bad and the in-between — because what fun is it to read only about perfect fathers, especially when we know they aren't the only kind?

'To Kill a Mockingbird' 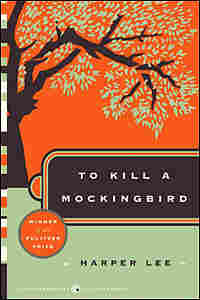 To Kill a Mockingbird, by Harper Lee, paperback, 336 pages


Our good dad comes from Harper Lee's classic novel, To Kill a Mockingbird. It is 1935: The Depression is in full swing, Hitler is up to no good and in Maycomb, Ala., Scout and Jem Finch are learning the meaning of bigotry. Their father, a hardworking lawyer named Atticus Finch, is defending an innocent black man accused of raping a white woman. When the children have to endure taunts about their father from classmates, he tells them to walk a mile in the other person's shoes. And every night, he is a comfortable chair for Scout to curl up in for a good read. Brave, wise and cozy — dads don't get any better than Atticus Finch.

Read an excerpt of To Kill a Mockingbird 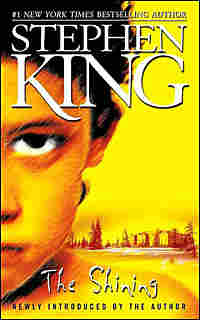 Nor do they get much worse than Jack Torrance, the bad daddy of Stephen King's haunted house novel The Shining. Jack accepts a job most people would run from, serving as winter caretaker to the isolated Overlook Hotel, a haunted old resort with a murderous history. Why does Jack do it? Because he loves his son, Danny. True, he tries to smash the kid's head in, but let's give the guy a break: He was possessed by the hotel. Reading King's novel, the famous image from the book's film adaptation — that of Jack Nicholson's blood-smeared face leering through the splinters of an axe-hacked door — disappears from our mind's eye. Instead, we see a down-on-his-luck average guy who would have been a good father, if not for the malevolence of his own internal demons.

Read an excerpt of The Shining 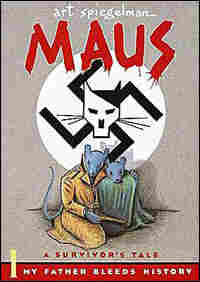 
For our in-between dad, let's revisit Vladek Spiegelman, the true-life dad featured in Art Spiegelman's Maus: A Survivor's Tale. Maus is a gripping nonfiction account of the Holocaust written in the form of a comic book. In this book, the Jews are drawn as mice and the Germans as cats. Art Spiegelman blends a comical picture of his frustrating relationship with his father with a terrifying account of life in Auschwitz — as seen through Vladek's eyes. Vladek seems like an annoying, critical and curmudgeonly old man, but then you see how his MacGyver-like resourcefulness helped him survive the horrors of the camps, and you give the man some respect. Vladek turns out to be an amazing man — even though he could be a bit of a noodge as a father.

Good, bad or in between, fathers help write the stories of our lives. The fathers in these three books will leave you wishing your dad was more like them, or thankful that he wasn't. So this Father's Day, you might want to give your dad a call ... depending on what category he falls into.