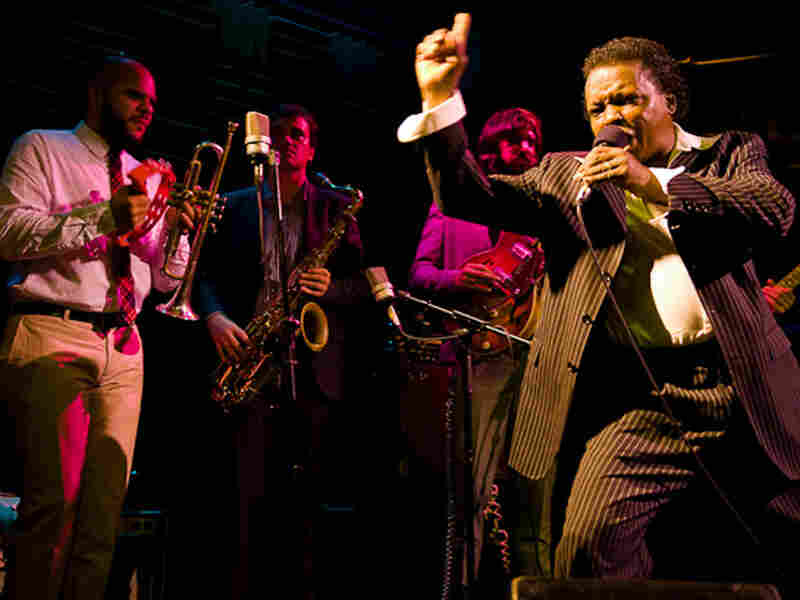 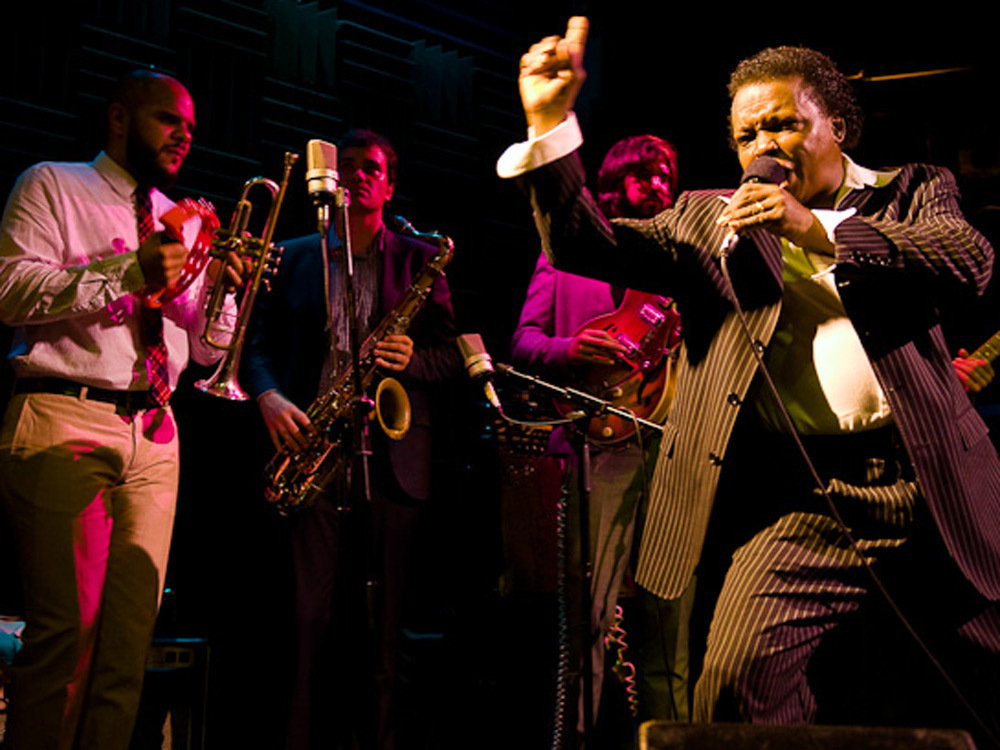 NPR Music and WBGO boldly attempt to go where few have gone before: Deep soul, indie funk and polyglot jazz share a stage and a bill. We bring you three very different, very large bands, recorded live from Joe's Pub in New York City. Lee Fields And The Expressions headline the night of music, with The Phenomenal Handclap Band and Fight the Big Bull.

Lee Fields And The Expressions

Lee Fields is a bona fide soul singer. Brought up in North Carolina, he was so enamored of fellow southerner James Brown that he once earned the nickname "Little J.B." Though he's since developed his own style, his fidelity to the intensity and grit of the Godfather of Soul has made him one of the biggest draws in the circuit of Southern R&B and soul music. He's been performing and recording since the '70s, before "retro-soul" was even possible. And he's been amazingly prolific, releasing 15 full-length records on different labels. His latest, My World, came out in June.

What you get with decades of experience is craft. Fields wields his instrument with dexterity; his voice is limber, but lived-in. And he doesn't spend a lot of time listening to himself: He packs as much emotion into a note as he can and then keeps moving. The feel will be familiar to anyone having made the acquaintance of Otis Redding or James Brown — that marriage of rough and sweet.

And his band is tight. The members of The Expressions have been playing together, in various arrangements, for years. Culled from the El Michels Affair, The Dap-Kings and Bronx River Parkway, they've previously backed Sharon Jones, Amy Winehouse and Sammy Ayala.

The Phenomenal Handclap Band makes music that's as sprawling and unwieldy as its name: To watch the group on stage is to witness what seems like several bands at once. With eight members — from hipsters and beautiful women to long-haired rockers and what look like everyday office workers — the group has been painstakingly engineered to generate a big, bold sensory overload.

Fortunately, its sound is outrageously danceable, fusing grimy funk with cooing disco, retro rock and sweet pop. The Phenomenal Handclap Band was the subject of breathless buzz well before its self-titled debut came out this month, and its live show makes it easy to see and hear why.

Of the geographic locations where you'd look to find adventurous, relevant improvised music, Richmond, Va., isn't the first place you'd turn to. But the Virginia capital is home to a small but tight-knit group of young, creative jazz musicians — represented well by the overgrown ensemble called Fight the Big Bull.

The group spent 10 days last winter recording a new album, set for early 2010 release, with mentor and friend Steven Bernstein (the slide trumpeter of Sexmob, Millennial Territory Orchestra and other partygoing jazz enterprises). It'll perform with Bernstein to kick off NPR Music's triple bill, along with Brian Jones on percussion and J.C. Kuhl on saxophone.