Accessibility links
The Avett Brothers: Newport Folk 2009 On Saturday, the Avetts brought their emotionally charged and frenetic live show to the Fort Stage at Folk Festival 50.

The Avett Brothers At Newport 2009 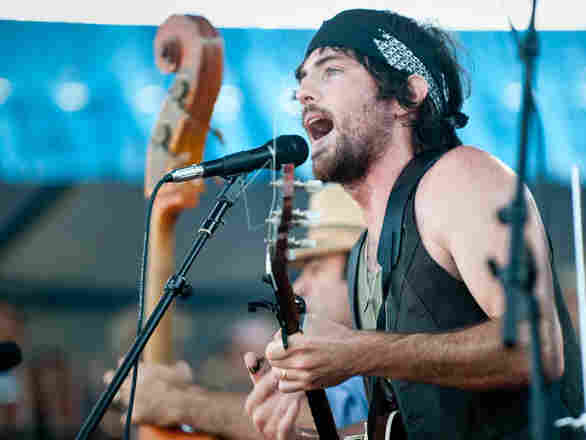 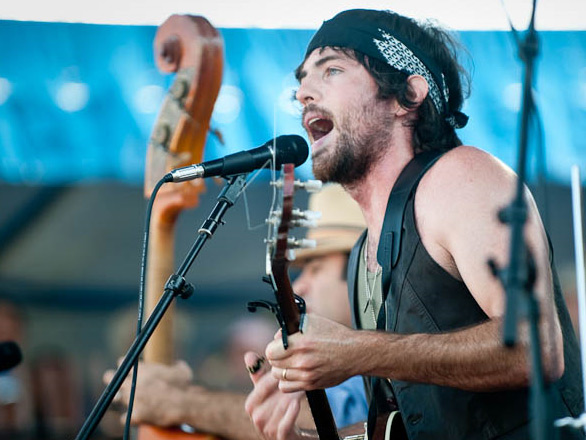 The Avett Brothers at the Newport Folk Festival.

When The Avett Brothers performed at the NPR Music offices recently, Scott and Seth Avett sang/shouted with such volume that All Songs Considered host Bob Boilen asked Scott, "Did you swallow an amplifier as a child?"

Without fail, the enthusiastic roots-rock band generated massive volume onstage at Newport, given the addition of microphones. The Avetts brought their emotionally charged and frenetic live show to the Fort Stage at Folk Festival 50 less than two months before the release of I and Love and You, stomping and hollering through a set of old and new songs.

"Left on Laura, Left on Lisa"

"Paranoia in B Flat Major"

"Murder in the City"

"Ballad of Love and Hate"

"Down With the Shine"