Accessibility links
Gillian Welch: Newport Folk 2009 With David Rawlings at her side Saturday, Welch treated fans to many of her classics and threw in a reverb-drenched cover of Jefferson Airplane's "White Rabbit" for good measure. 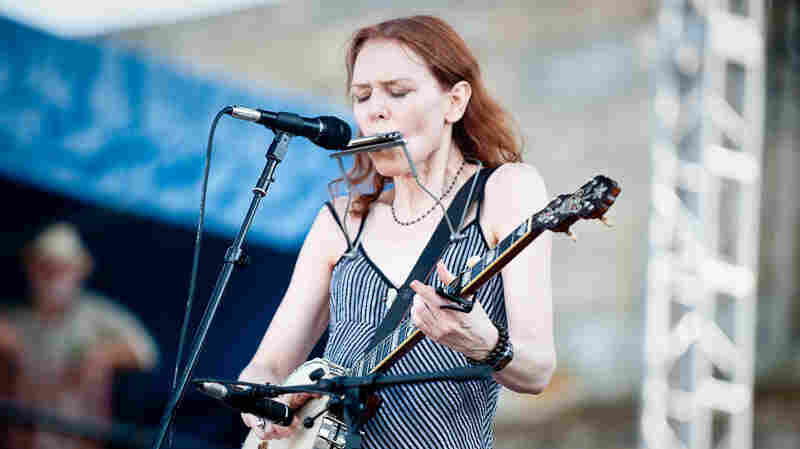 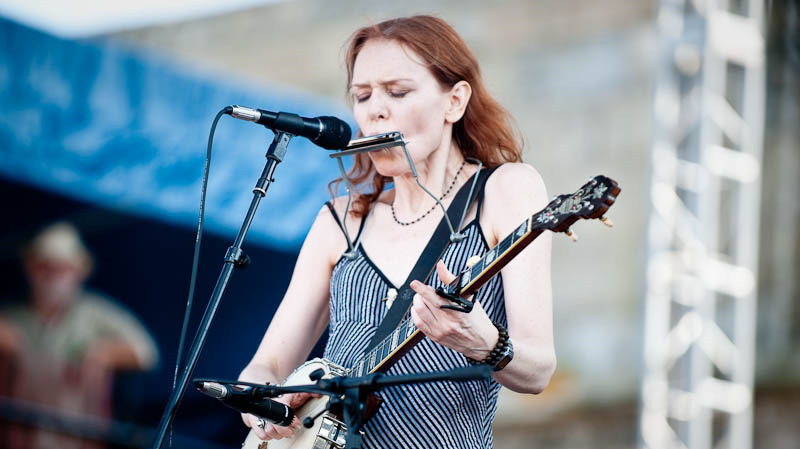 It wasn't clear that Gillian Welch was even going to make it in time to the Newport Folk Festival's Fort Adams stage to perform her set. Her plane was five hours late, and she hit a traffic jam coming into Newport. Enter a police escort that found her car and escorted her all the way backstage, with roughly 30 seconds to spare. That wasn't long enough for Welch to put in her contact lenses, so she went without. She faced the blurry, 9,000-plus crowd — and the boats anchored in the distance — with her longtime performing partner David Rawlings beside her.

It's been years since Welch has put out a new album or performed frequently, but she's a fixture at the Newport Folk Festival no matter what. With Rawlings at her side Saturday, Welch treated fans to many of her classics — each drenched in the pair's trademark close harmonies — and threw in a reverb-drenched cover of Jefferson Airplane's "White Rabbit" for good measure.

Welch first surfaced on the pop-cultural radar with her 1996 debut, Revival, which transported fans back to the 1920s while maintaining a foot in the present. Producer T-Bone Burnett kept the album's focus on Welch and Rawlings. She followed that album with more full-length releases, as well as appearances on several soundtracks, such as Songcatcher and the chart-topping O, Brother, Where Art Thou? Both albums placed Welch and Rawlings squarely in the middle of the traditional American folk revival.