Accessibility links
Ramblin' Jack Elliott: Newport Folk 2009 Elliott's voice — flat, tinged with sadness, with a matter-of-fact delivery — has become a template for generations of folksingers, as well as an influence on Bob Dylan. 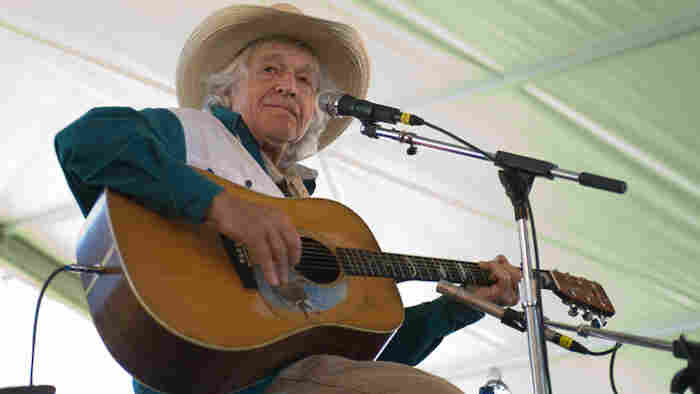 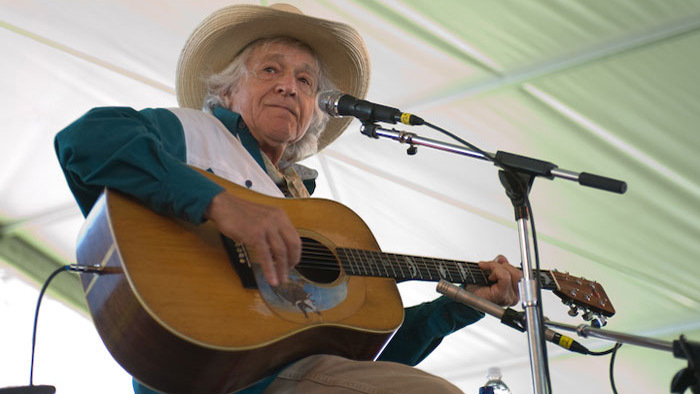 Legend has it that Ramblin' Jack Elliott ran away from home at 14 to be a cowboy. By the time he was collared and brought home, his ambition had changed, his ear turned by the songs the cowboys sang at the rodeo, so he taught himself to play guitar. Elliott tells stories of riding the rails with Woody Guthrie, carrying only a guitar and a razor. He was mentored by Guthrie, and returned the favor to Bob Dylan and the generation of folksingers who followed. He later played with Dylan's Rolling Thunder Revue.

Elliott's voice — flat, tinged with sadness, with a matter-of-fact delivery — was a template for folksingers, as was his brand of image-building. ("Ramblin' Jack" was born Elliott Adnopoz in Brooklyn.) Elliott signed with Anti Records to release a 2006 album, I Stand Alone. A Stranger Here, his Joe Henry-produced follow-up, came out in April. Ramblin' Jack Elliott's 78th birthday was Saturday, the same day he performed at Newport.