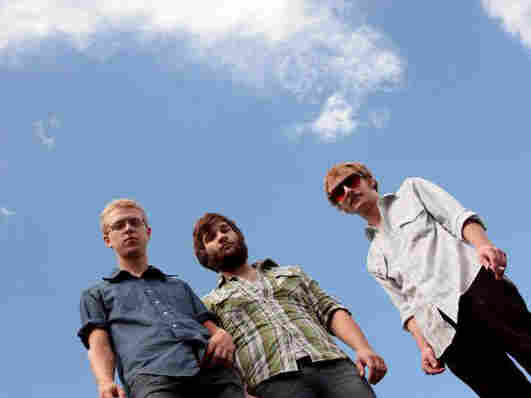 The Rhode Island band Deer Tick owes its existence, according to the band's press notes, to a Hank Williams album and a bottle of brandy. Those two ingredients apparently fueled a revelation in young John McCauley as to the direction of his life, and since then, he's put his ragged voice to work singing songs that nod in the direction of folk, hard rock and country. Weathered and shot through with bursts of noise, Deer Tick's tunes can be endearingly sloppy, but the band's arrangements remain thoughtful; McCauley's lyrics tend toward folks who have it hard, but don't make things any easier on themselves.

Deer Tick was founded by McCauley as a solo project. Now 23, he recorded Deer Tick's first album, War Elephant, entirely on his own, before convincing drummer Dennis Ryan, bassist Chris Ryan and guitarist Andrew Tobiassen to join the group. The band's new album, Born on Flag Day, finds the four musicians collaborating as a unit.

Deer Tick can be summed up in its choice of Warren Zevon covers: Rather than selecting the poppy, piano-driven "Werewolves of London" or "Excitable Boy," or the drug-fueled guitar anthem "Lawyers, Guns and Money," the group makes the poverty-stricken dirge "Play It All Night Long" a regular part of its live set. Yes, that's the one with the line that goes, "The cattle all have brucellocis / We'll get through somehow." Deer Tick revels in tough times.