Accessibility links
Joe Pug: Newport Folk 2009 Pug's words twist their way out from between a guitar and harmonica, barely stopping for a chorus. On the way, they paint an utterly unromantic vision of finding a place to belong. 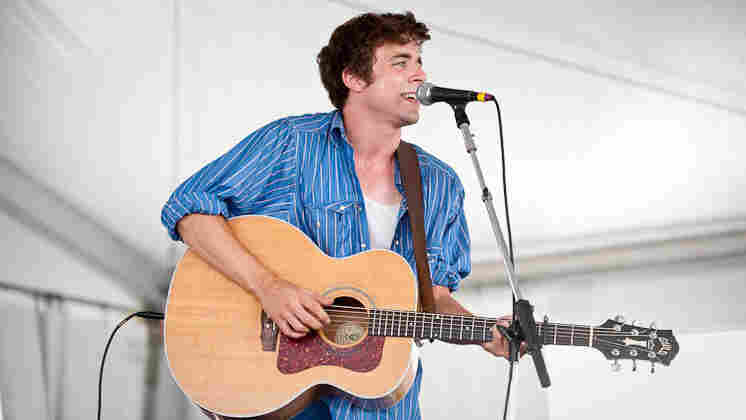 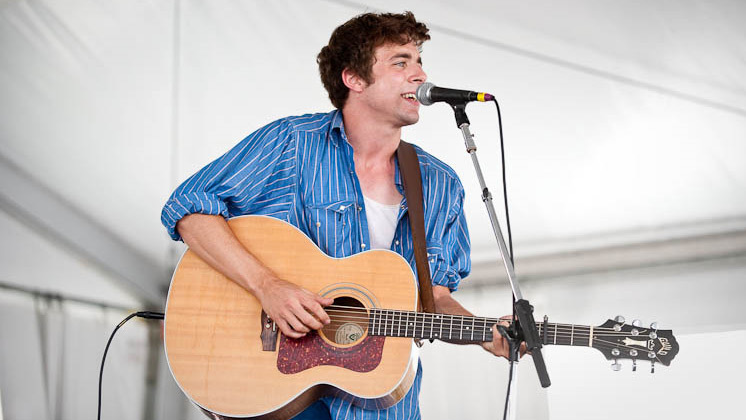 Just short of completing his degree, Joe Pug left the University of North Carolina, where he was studying to be a playwright, to wend his way toward a career as a singer-songwriter. The erstwhile Tar Heel's words now twist their way out from between a guitar and harmonica, barely stopping for a chorus. Along the way, they paint an utterly unromantic vision of finding a place to belong.

In the title track to his first release, the Nation of Heat EP, the Chicago-based 23-year-old sings, "The spirits pay rental on the basements they haunt / And the pages just draw pictures of the things that they want / I cook my dinner on the blacktop street / I come from the nation of heat."

Pug, who works as a "terrible, terrible carpenter" by day, says Bob Dylan and John Prine are "huge" influences, but says he's also drawn to Warren Zevon and Beck, musicians who "don't really adhere to a genre; they just write songs that connect to people."

Earlier this summer, Pug played dates supporting Josh Ritter. Following his appearance at Newport, he'll play Lollapalooza and then open for another group of Newportees, The Low Anthem. Pug plans to release his first full-length album this year.