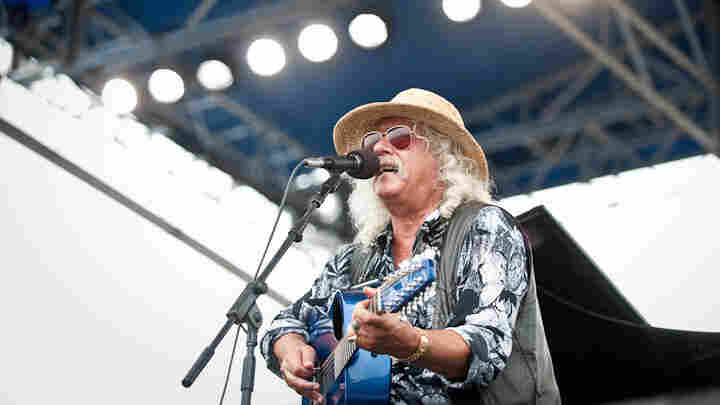 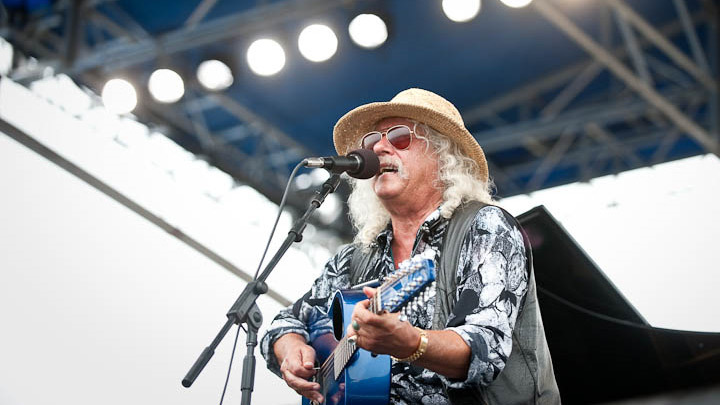 Son of the legendary folksinger Woody Guthrie, Arlo Guthrie was born in Brooklyn, N.Y., in 1947. The younger Guthrie has released more than two dozen albums, founded the Guthrie Center and devoted himself to numerous political causes, most recently attracting attention for his support of 2008 Republican presidential candidate Ron Paul. (Guthrie recently told The New York Times Magazine that he registered as a Republican a few years ago: "To have a successful democracy, you have to have at least two parties, and one of them was failing miserably," Guthrie said.)

As a folksinger, Guthrie is best known for his 1967 debut album Alice's Restaurant and his starring role in the 1969 film version of the title song. Though he rarely plays the epic song live these days, "Alice's Restaurant" made its debut at the Newport Folk Festival. Guthrie also appeared at Woodstock and now performs frequently with his children: Abe, Sarah Lee, Cathy and Annie Guthrie.