Accessibility links
Dala: Newport Folk 2009 Amanda Walther and Sheila Carabine formed Dala after meeting in their high-school music class. Since then, they've picked up accolades for songs that can seem like throwbacks to an earlier era. 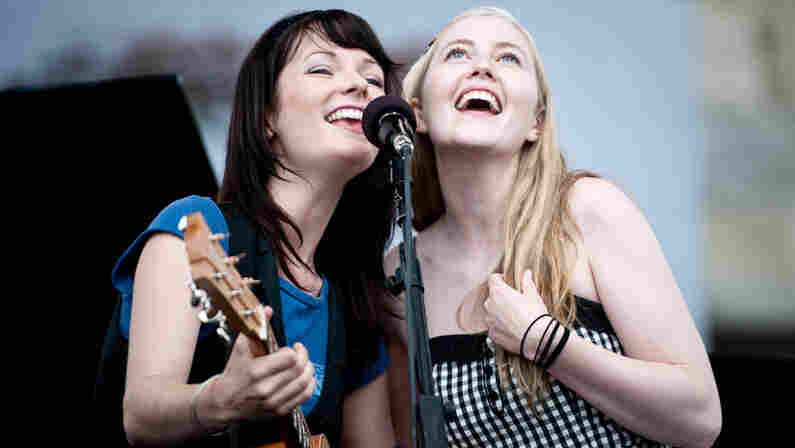 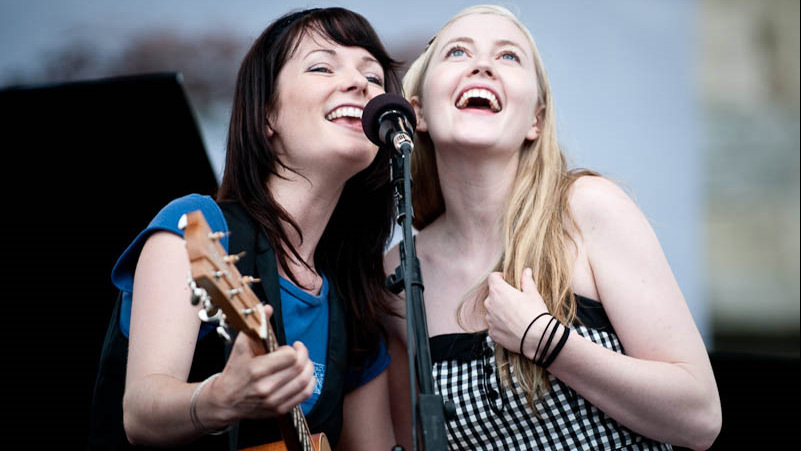 Amanda Walther and Sheila Carabine formed Dala after meeting in their high-school music class. Since then, they've put out three albums in Canada, toured the country and picked up accolades for songs that can seem like throwbacks to an earlier era. The definitively Canadian duo — one song is called "Hockey Sweater," and the line, "So I drive to Winnipeg" anchors the chorus of another — has an ear for pop hooks, but writes songs that sound warm and comfortable played on an acoustic guitar with little ornamentation.

"Levi Blues," from Dala's most recent album (Everyone Is Someone), starts with the line, "I've been waiting for a guy like you / You've been waiting to be my guy, too." It's sung with such incredible sweetness that a cynical person might think the track contained some bitter irony. But the numerous videos on YouTube, in which Walther and Carabine perform it with huge smiles on their faces, prove otherwise. (It's hard to think of a more innocent new song to include both a repeated endorsement of a major corporation and a promise to deface the Great Wall of China.)

Dala will continue to tour in Canada following Newport, and will play shows in the northeastern U.S. in the fall.