Accessibility links
Joan Baez: Newport Folk 2009 Just one year after her first Newport appearance, Baez released her self-titled debut. It would become the mark of her music that it was inextricably linked to social and political change. 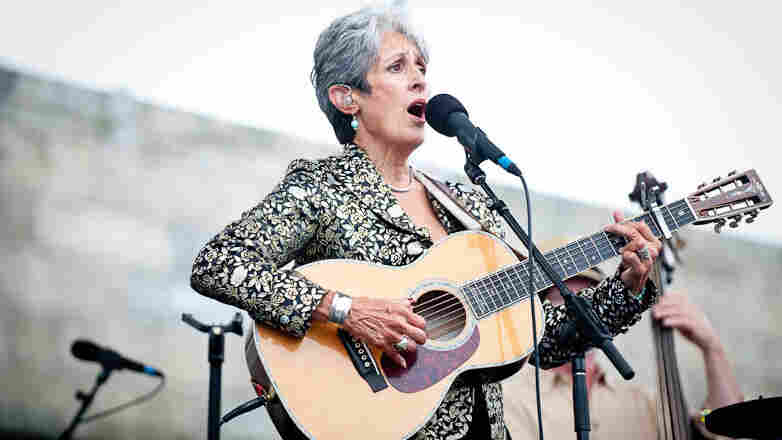 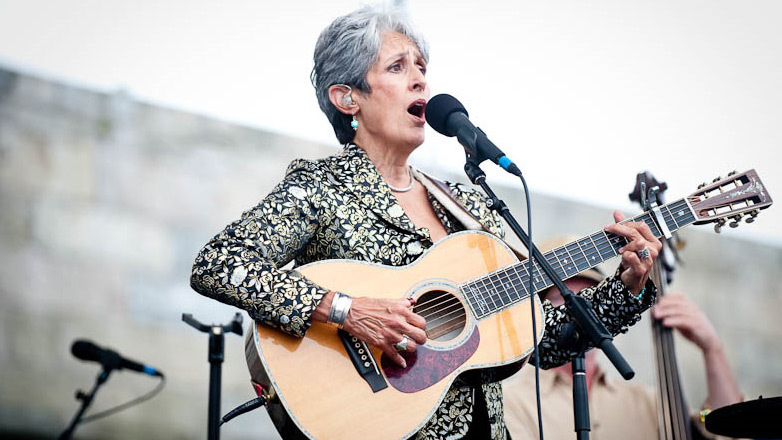 In 1959, folksinger Bob Gibson introduced a young Joan Baez to the Newport Folk Festival audience. She was quickly dubbed the "barefoot Madonna" after the two sang "Virgin Mary Had One Son" and "We Are Crossing Jordan River." Now, 50 years later, she's returned to the Newport stage live at Folk Festival 50.

Just one year after her first Newport appearance, Baez released her self-titled debut and began a decades-spanning career that traversed not only American folk styles, but also a broad assortment of social issues. It would become the mark of her music that it was inextricably linked to social and political change. For most of the '60s, Baez sang about freedom and civil rights on flatbed trucks and on the steps of the Lincoln Memorial with Martin Luther King Jr.

Baez continues to fight for social justice to this day, and has revitalized her music by playing material from a younger generation of songwriters, most notably Steve Earle. He produced and wrote three songs for Baez's latest album, Day After Tomorrow.