Accessibility links
The Del McCoury Band: Newport Folk 2009 Del McCoury is one of the legendary names of country and bluegrass, with a 50-year career that has crossed paths with most major bluegrass artists playing in that time. 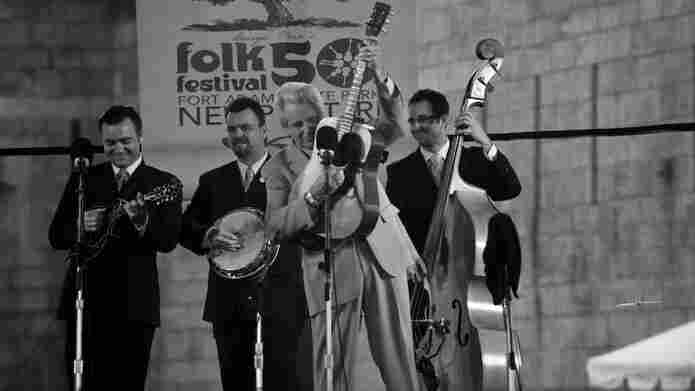 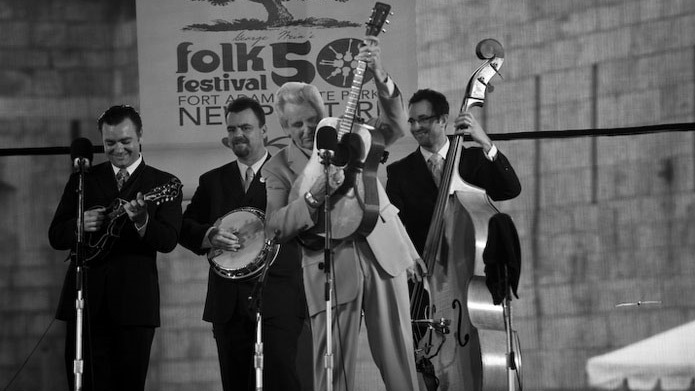 Del McCoury is one of the legendary names of country and bluegrass, with a 50-year career that has crossed paths with most major bluegrass artists playing in that time. Driven to pick up a banjo after hearing Earl Scruggs records, McCoury played with Keith Daniels, Jack Cooke, Bill Monroe and Bill Emerson in his early career. Monroe was so impressed by McCoury that he made him the lead singer of his Blue Grass Boys. For twenty years he fronted the band McCoury and His Dixie Pals, and has led The Del McCoury Band - which features his sons Ronnie, on mandolin, and Robbie, on banjo - since 1987.

In that time, McCoury's influence has spread outside of the world of bluegrass. He's played with Steve Earle and Phish, and traveled with the Down From the Mountain tour following the success of the soundtrack to O Brother, Where Art Thou? This year, McCoury put out a box set celebrating his fifty years playing bluegrass. The set contains a dozen McCoury originals, like "Loggin' Man," as well as covers McCoury made his own, including the Louvin Brothers "Are You Teasin' Me."

McCoury has a classic bluegrass voice, high and clear, that seems poised to tip into a yodel at any moment, and though his records fall squarely within a bluegrass tradition, McCoury continues to stretch. The Del McCoury Band's last album was 2006's gospel inflected The Promised Land. One year earlier they put out the driving The Company We Keep. In that album's opener, 'Nothing Special,' McCoury croons, "My interests don't fall in monetary desires / Just a steady dose of passion, baby is all I require." They haven't stopped playing shows, either. This year, they've played at a number of festivals including the New Orleans Jazz and Heritage Fest and Bonnaroo. McCoury hosts his own bluegrass festival, Delfest, in Cumberland, Maryland.