Accessibility links
Charlie Haden: From 'Ramblin" To 'Ramblin' Boy' Some people are said to "follow a path" in their creative life, but a path is not enough for bassist Charlie Haden. For more than 50 years, he's been building his own musical freeway. To follow him down that freeway is one of the richest experiences in American music. It's Haden's birthday this week, so here's a chance to celebrate with five of his best songs. 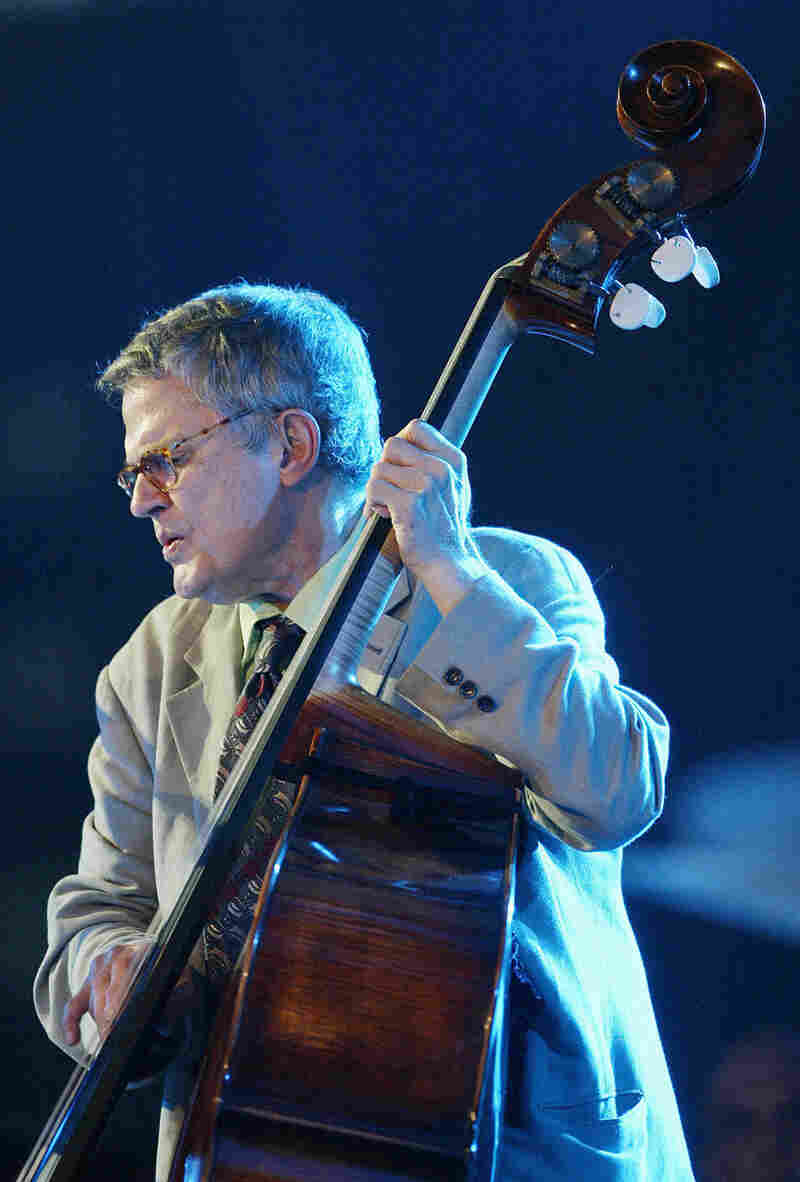 Charlie Haden has many passions in his life — film noir, politics, literature — that inform the various kinds of music he performs. Rafa Rivas/Getty Images hide caption 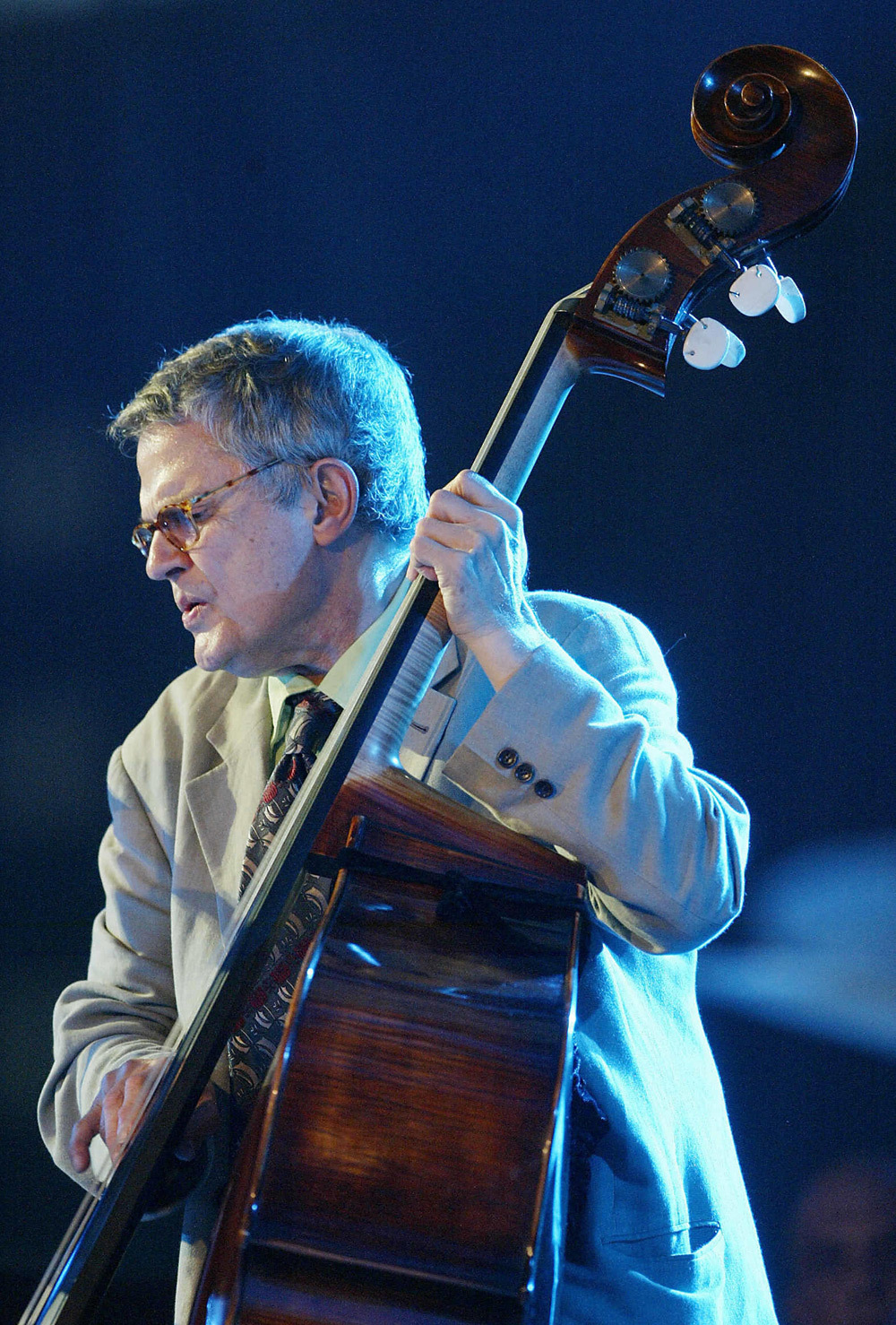 Charlie Haden has many passions in his life — film noir, politics, literature — that inform the various kinds of music he performs.

In this installment of Take Five, we wish a happy birthday to one of the greatest bassists in jazz: Charlie Haden, born Aug. 6, 1937, in Shenandoah, Iowa.

Haden began performing as a singer in his family's country band when he was 22 months old. In his teens, he developed an interest in the acoustic bass — which would become his musical voice from then on — but his interests quickly took him far beyond his country/western roots. In 1957, Haden moved to Los Angeles and soon found himself present for the birth of free jazz when he joined the Ornette Coleman Quartet, which also featured trumpeter Don Cherry and drummer Billy Higgins.

Since that time, Haden has played in many musical contexts, and has seemingly never tired of exploring and expressing himself through the world's tapestry of musical forms. As with so many great artists, his work reflects his other passions in life: the literature, films and people that have influenced him, as well as world events and politics.

Some people are said to "follow a path" in their creative lives, but a path is not enough for Charlie Haden. For more than 50 years, he's been building his own musical freeway. To follow him down that freeway is one of the richest experiences in American music. In this list, we visit just a few of the stops along the way so far; with Haden at the wheel, there's no telling what's around the corner. After all, he's a Grammy Award-winning bassist who's spent a half-century on the cutting edge of jazz, and whose latest Grammy nomination was for Best Country Instrumental (for his 2008 Americana record, Ramblin' Boy). There's no second-guessing a guy like that. 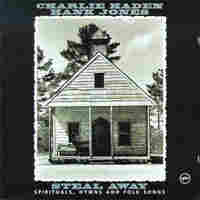 It's best to start this five-song salute to Charlie Haden out of chronological order, with a piece of music he recorded with pianist Hank Jones 35 years after his first recordings with Ornette Coleman. When Jones and Haden got together for this duet CD in 1994, they dipped deep into the well of traditional American music. "Wade in the Water" features Haden in an intimate setting, bringing to mind his firm grounding in (and love for) American roots music. 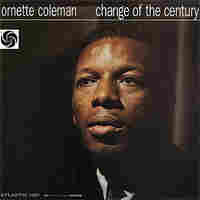 In 1959, just two years after he'd arrived in Los Angeles, Haden participated in two groundbreaking releases from the Ornette Coleman Quartet: The Shape of Jazz to Come and Change of the Century. These two LPs were clear announcements that free jazz was now on the scene and planned to stick around for a while. "Ramblin'" is from Change of the Century and features Haden with Coleman on saxophone, Don Cherry on trumpet and Billy Higgins on drums. It isn't the most experimental piece of music on these releases, but it's certainly one of the most joyful. Haden gets a chance to solo toward the end of the song, and he doesn't waste the opportunity. He is, after all, the "Ramblin' Boy." 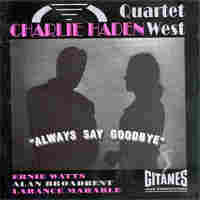 In 1987, Charlie Haden formed Quartet West with Ernie Watts (saxophone), Alan Broadbent (piano) and Larance Marable (drums). It's this group that most clearly reflects Haden's love for the film noir of the 1930s and '40s — as well as classic "hard-boiled" detective fiction, particularly the novels of Raymond Chandler. Danger, romance, shadowy corners, rainy streets, tarnished urban knights and femmes fatale are all reflected in Quartet West's four CDs. Haden's composition, "Always Say Goodbye," is a fine example of what it sounds like when these elements (or most of them, anyway) are rolled into one song. 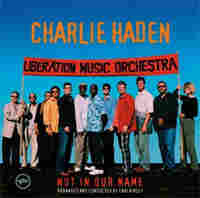 Not in Our Name

Haden put out his first Liberation Music Orchestra record in 1969. The orchestra was assembled as a vehicle for music that reflects the political views of Haden and his other band members. Over the years, the Liberation Music Orchestra has performed pieces inspired by the Vietnam War, the Spanish Civil War, U.S. involvement in Latin America and the civil-rights struggles in America and South Africa. Many great players have worked in the orchestra off and on over the years, but his most frequent collaborator has been pianist, composer and arranger Carla Bley. In 1990, the LMO went on a long recording hiatus, but in 2004, Haden and Bley put the orchestra back together to record Not in Our Name. The title track was written by Haden and features, among others, Miguel Zenon (alto sax), Curtis Fowlkes (trombone), Seneca Black (trumpet), Steve Cardenas (guitar) and Matt Wilson (drums). 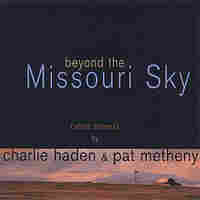 In years to come, this duet CD with guitarist Pat Metheny will probably be viewed as one of Haden's greatest recordings. For many listeners, it's certainly one of the most intimate and beautiful releases by either of these master musicians. Each song presents the listener with unfolding images and a flowing lyricism that's rare in any genre of music. This selection is another example of Haden's wonderfully evocative songwriting: It'd work perfectly in a film, with or without dialogue.