Accessibility links
Brian Blade & The Fellowship Band: Newport Jazz 2009 One of the world's great drummers took an opportunity to exhibit his own colorful ensemble live at the 2009 Newport Jazz Festival. 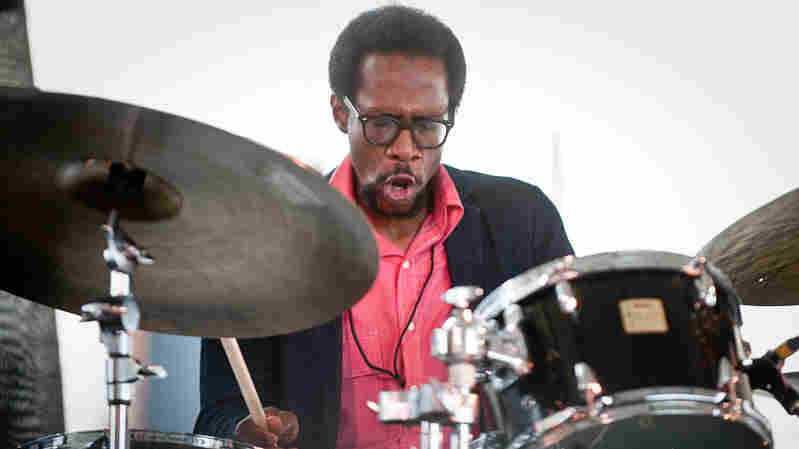 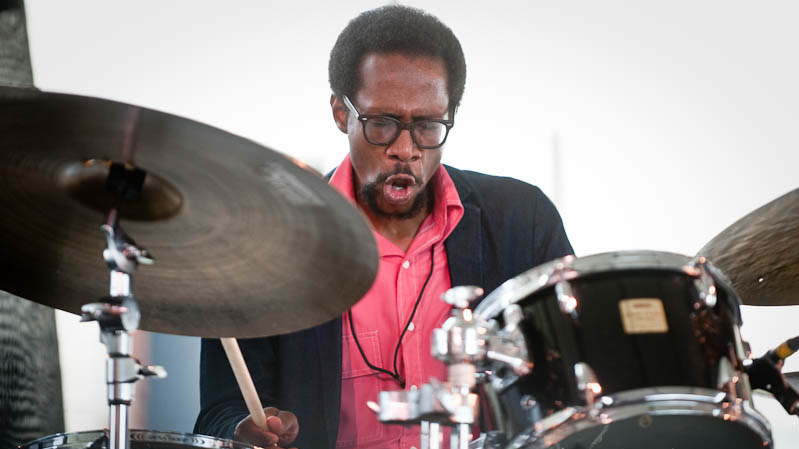 One of the drawbacks to being one of the world's best (and most versatile) drummers is that you stay incredibly busy. Too busy, sometimes, to focus on creating your own projects rather than servicing those of others. Luckily, the spotlight has returned in recent years to Brian Blade, who has released his first album as a guitar-playing singer-songwriter (this year's spiritually-tinged Mama Rosa) and has been touring with his beloved, long-standing Fellowship Band.

The Fellowship revolves around the writing of Blade and keyboardist Jon Cowherd, whose concepts tends toward the pastoral, elegant and cathartic. Colors float in and out of focus; Blade and Cowherd score sounds like pedal steel guitar, harmonium and bass clarinet. In 2008, the sextet released its third album, Season of Changes; material from that recording will likely be featured in the group's Sunday afternoon set.