Accessibility links
Murderers, Marauders And The Dark Side Of London If you fancy a nice, cozy whodunit set in the jolly English countryside with kindly vicars and fresh-faced debutantes, then Mark Billingham's novels are definitely not for you. 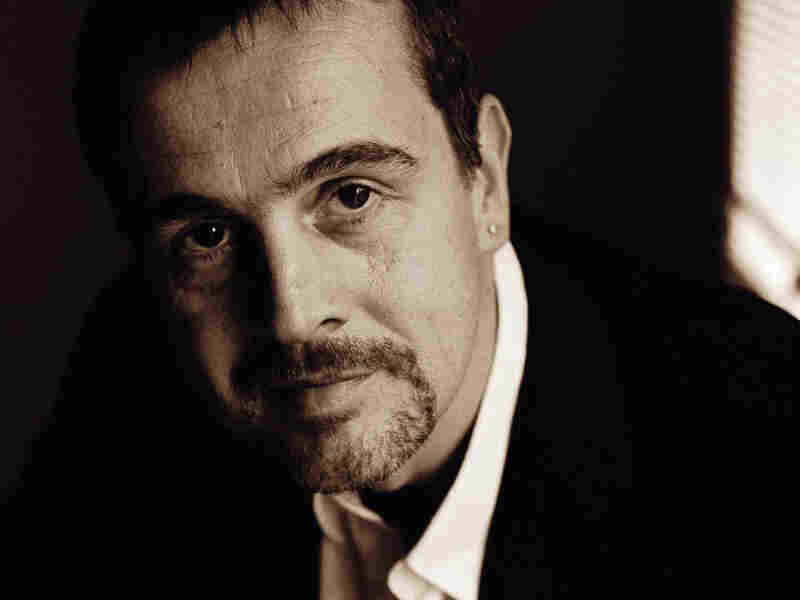 Mark Billingham is the author of seven Tom Thorne mysteries. The novels are being developed for a BBC television series. hide caption 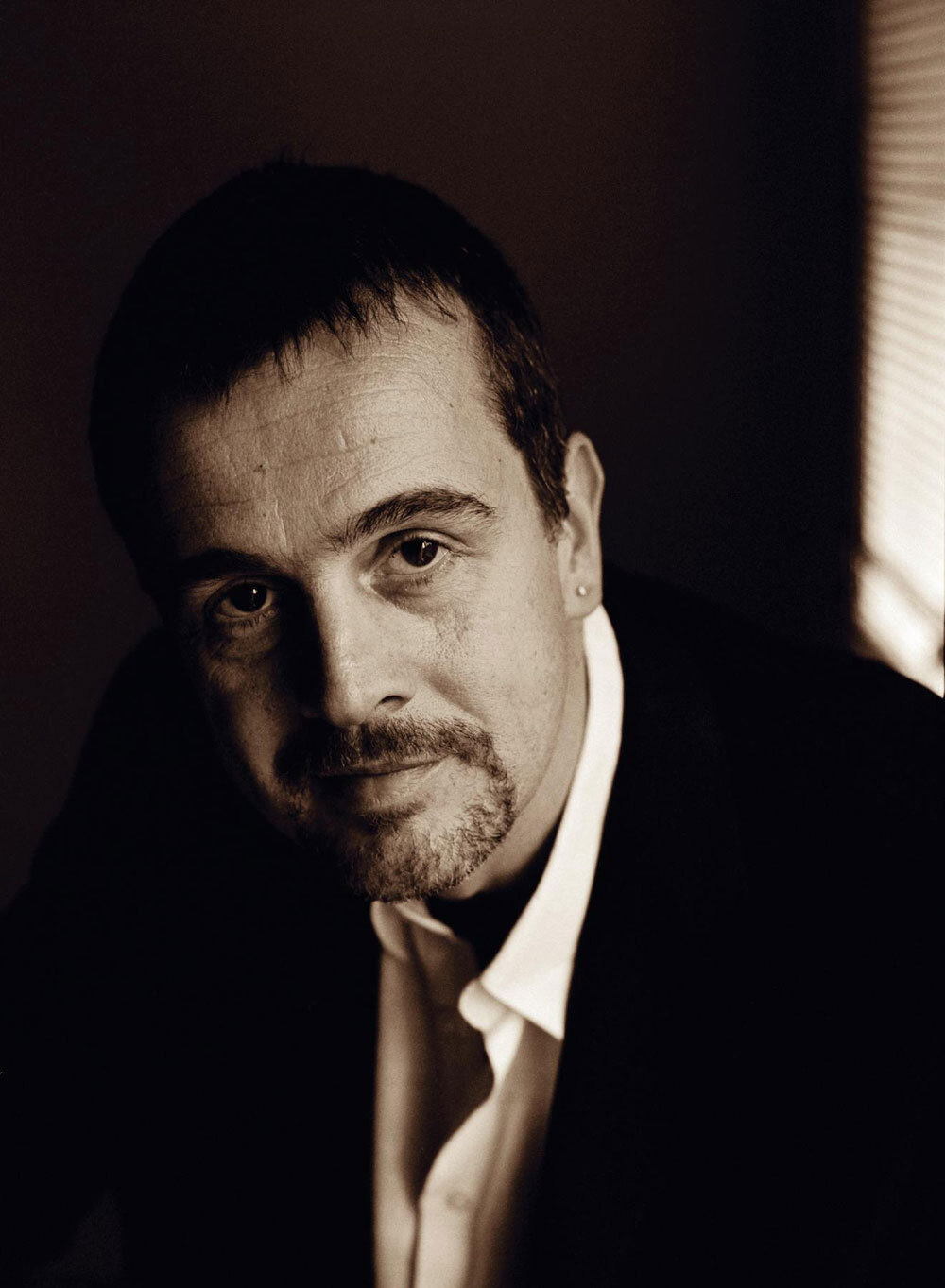 Mark Billingham is the author of seven Tom Thorne mysteries. The novels are being developed for a BBC television series.

From 'Death Message': "He was forever destined to associate churches with fresh horse manure ..."

From 'Lifeless': "The gutter seemed as good a place to lie down as any ..."

Read An Excerpt of Death Message (scheduled to be released in the U.S. in October 2009.)

If you fancy a nice, cozy whodunit set in the jolly English countryside with kindly vicars and fresh-faced debutantes, then Mark Billingham's novels are definitely not for you.

"I was never a fan of cozy mysteries," says the author. "I'm a city boy. I grew up in a big city — in Birmingham — and I want to write about a city. It's much richer tapestry for me than green fields."

Billingham's novels interlock beauty and horror, tragedy and black comedy. His characters are drawn from society's margins and collide with the law — and each other — in familiar London settings that Billingham renders sinister and disturbing.

"It's fun to write about what's hidden," says Billingham. "We've got the royal family and Big Ben and the houses of Parliament and the Tower of London, but you don't have to look very far to find not only the fantastically dark present, but a really dark history."

A Restless Quest For Setting

Billingham has a lived-in face and a pierced ear. He speaks in quick staccato bursts — a raconteur's voice. Besides being a novelist, he is a stand-up comic and children's writer, but the scenes from his novels come from his explorations of London and a restless quest for settings.

"You write a better scene if you go down to the place where it's set," he says.

Take a recent visit to the banks of the Thames: "I look to my left and there's a huge, blown-up dead dog, stuck in the sludge. ... and I look to my right and there's a beautiful heron. ... You know, I could have sat in my office for two to three hours and I'd never have made that stuff up," he says.

In his book Lifeless, street people become the central players in a parallel society to ours — one Billingham discovered while researching the book.

An Author's Understanding Of Fear

Some readers may find Billingham's police inspector hero, Tom Thorne, less engaging and more sketchily described than the criminals and the scenery. But the author says he consciously chose to make Thorne a work in progress.

"The reader knows as much about Tom Thorne as I do at any one time," says Billingham. "Sometimes he goes into areas that readers are uncomfortable with."

One thing I think I can write about pretty well is what it's like to be afraid. I'm pretty good on fear.

One of the most uncomfortable moments in Billingham's novels is a scene where Thorne is tied up and subjected to a graphic sexual attack. Billingham himself was the victim of a violent attack about a year before he started writing the Thorne novels. He had ordered room service in a hotel in the city of Manchester, and half an hour after he received his food, there was a knock on the door.

"I thought they'd come to collect their tray, the empty plate — and there's three guys in ski masks, and they just burst in and said they were going to kill me and tied me up, put a bag over my head," he recalls.

The men took Billingham's credit cards and held him hostage in the room for three hours. He says the experience marked him as a crime writer in two significant ways:

"In that first book, it was really important to me that the victim had a voice and was somebody you cared about. And secondly, one thing I think I can write about pretty well is what it's like to be afraid. I'm pretty good on fear. I remember when I was tied up in the hotel room, I was bouncing off the carpet because my heart was thumping so much."

The police never caught the guys who attacked Billingham. The author says they never came close. 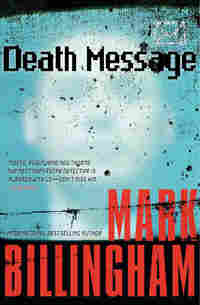 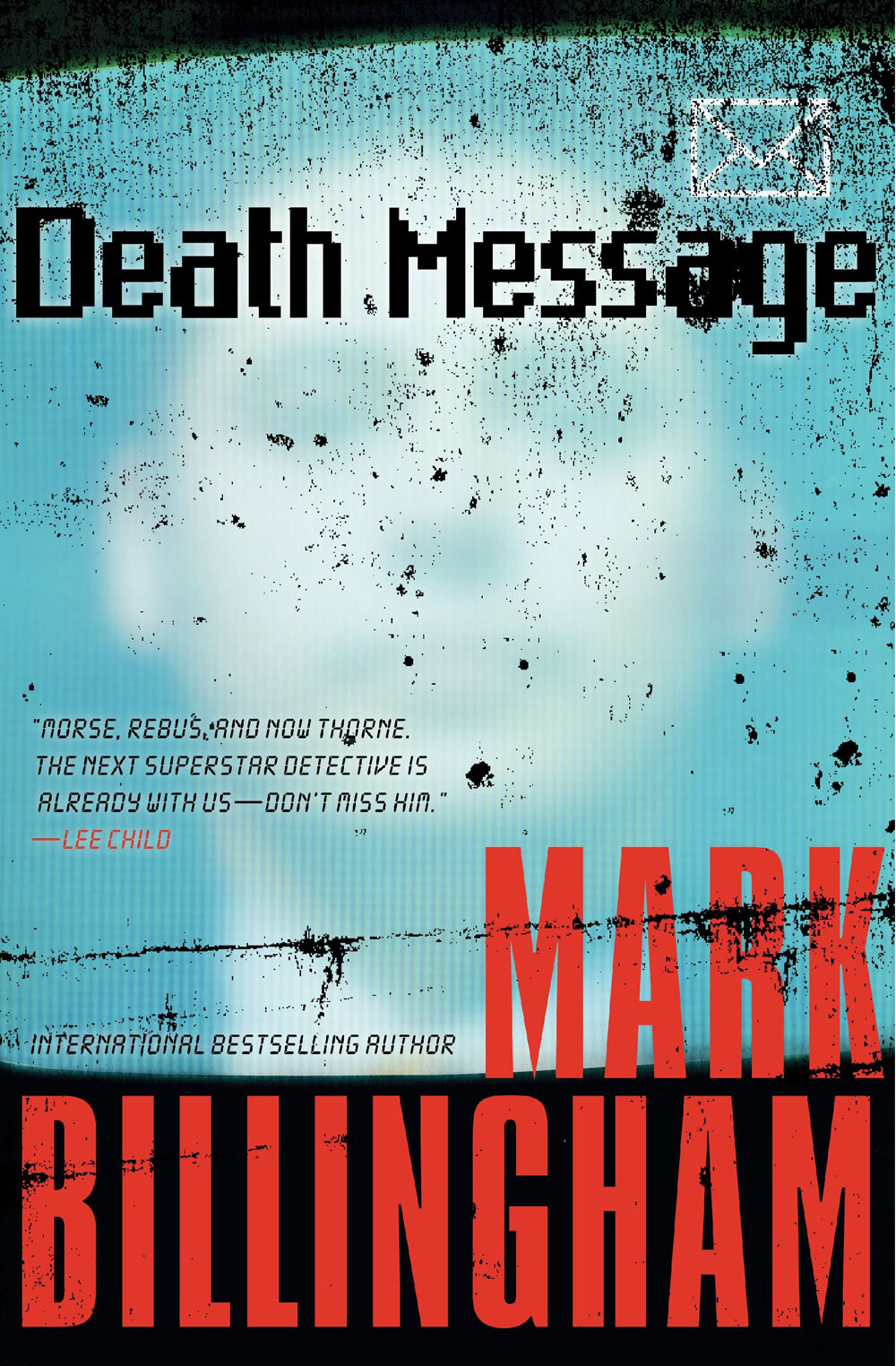 He could tell they were coppers the second he clapped eyes on them, but it was something in how they stood, in that formal awkwardness and the way their features set themselves into an overtight expression of concern, that drilled a hole straight through to his guts; that sucked the breath from him as he dropped into the chair the female officer had advised him to take.

He drew spit up into his dry mouth and swallowed. Watched as the pair of them tried and failed to make themselves comfortable; as they cleared their throats and pulled their own chairs a little closer.

All three winced at the sound of it. The dreadful scrape and its echo.

They looked like they'd been dropped into the room against their will, like actors who had wandered on to a stage without knowing what play they were in, and he felt almost sorry for them as they exchanged glances, sensing the scream gathering strength low down inside him.

The officers introduced themselves. The man - the shorter of the two - went first, followed by his female colleague. Both of them took care to let him know their Christian names, like that would help.

He didn't even take in the names, not really. Just stared at the heads, registering details that he sensed would stay with him for a long time after he'd left the room: a dirty collar; the delicate map of veins on a drinker's nose; dark roots coming through a dye-job.

"There was an accident."

And, as he watched their mouths forming the words, a single, banal thought rose above the noise in his head, like a distant voice just audible above the hiss of a badly tuned radio.

That's why they sent a woman. Because they're supposed to be more sensitive. Or maybe they think there's less chance I'll break down, get hysterical, whatever . . .

"Tell me about this car," he said.

The male officer nodded, like he'd come prepared for this kind of request; was happier to be dealing with the technical details. "We think it jumped the lights and the driver couldn't brake in time for the zebra crossing. Over the limit, like as not. We didn't get much of a description at the time, but we were able to get a paint sample."

The copper nodded slowly, took another good-sized breath. "We found it burned out the next morning a few miles away. Joy-riders . . ."

It was sticky inside the room, and he could smell the recent redecoration. He thought about sleeping, and of waking up from a nightmare in clinging sheets.

"Who's looking after Robbie?" He was staring at the male copper when he asked the question. Peter something-or-other. He watched the officer's eyes slide away from his own, and felt something tear in his chest.

"I'm sorry," the woman said. "Your son was with Miss Georgiou at the time of the accident. The vehicle struck them both."

"They were both pronounced dead at the scene." The male officer's hands had been clutched tightly together. Now he loosened the grip and began to spin his wedding ring around his finger. "It wasn't drawn out, you know?"

He stared at the copper's thumb and forefinger working, shivering as his veins began to freeze and splinter under his skin. He felt the blood turning black and powdery, whispering beneath his tattoos and his yellowing flesh, like the blood of something that had been dead for a very long time.

"OK, then," the female officer said, meaning: Thank Christ for that. Now can we get the hell out of here?

He nodded, meaning: Yes, and thanks, and please fuck off before I smash my head into your face, or the wall, or the floor.

Walking back towards the door, where the warder was waiting, it was as though each one of his senses were suddenly working flat out; heightened in a momentary rush, before everything began to shut down.

Cracks in the painted brick gaped like crevasses, and he was tempted to push his fingers inside. He felt the material of his jeans, coarse against his legs as he walked. And, from across the room, the whispers of the two police officers came to him easily - deafening above the sound of his own feet and the noise of the water streaming through the radiators.

"Well, at least he won't have to wear handcuffs to the funerals . . ." 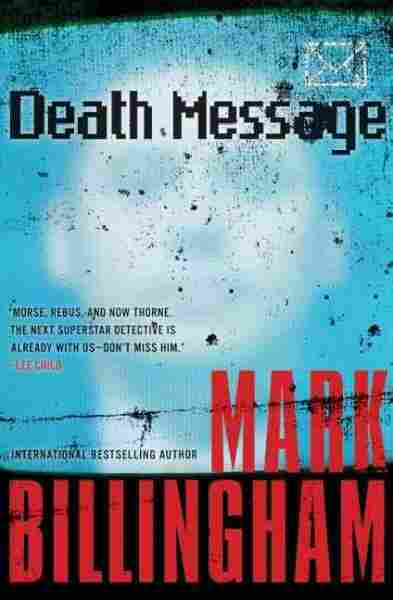