Accessibility links
In Chattanooga, Main St. Is A Prostitution Strip In this Tennessee city, Main Street is a revitalized arts district, a place to buy crack and a prostitution strip. Mapping Main Street, a documentary project, follows a prostitute's story of love and addiction, a monk's daily journey and a young homeowner's struggle on Chattanooga's Main Street. 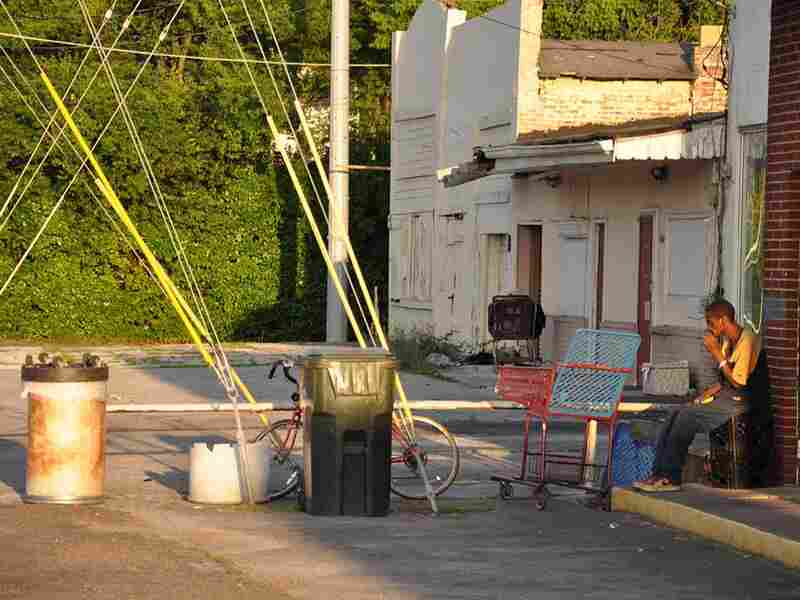 Main Street in Chattanooga is many things: a revitalized neighborhood, a place to buy crack and a prostitution strip. Courtesy James Burns hide caption 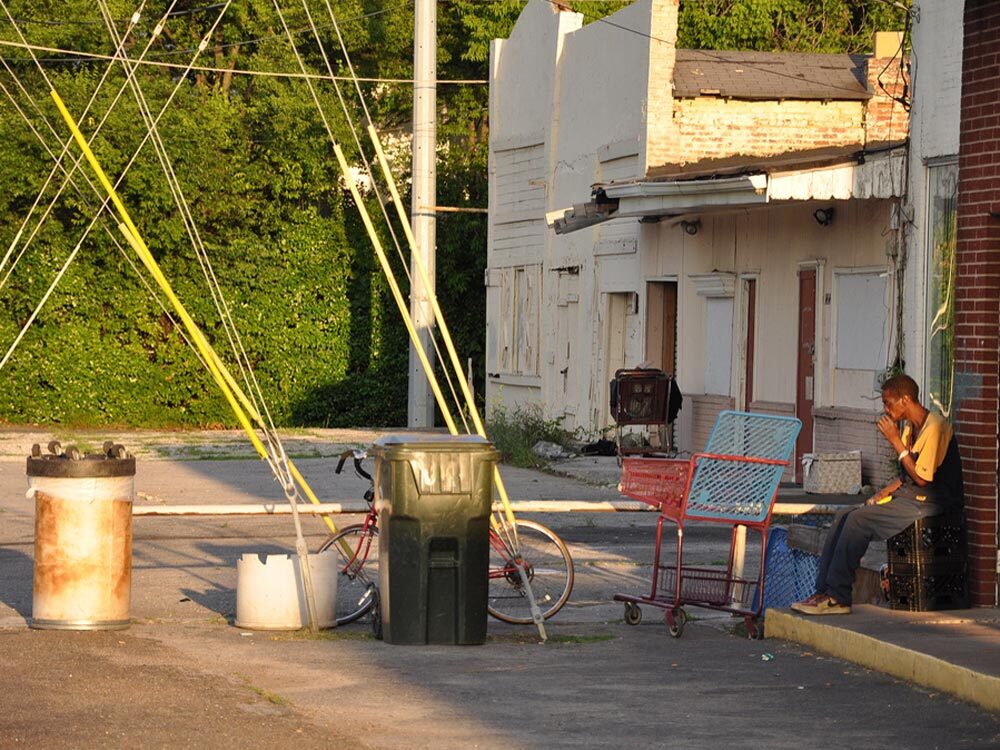 Main Street in Chattanooga is many things: a revitalized neighborhood, a place to buy crack and a prostitution strip.

On the surface, Main Street in Chattanooga, Tenn., looks nice. There's a newly developed arts district with galleries, upscale restaurants, a packed breakfast joint called the Bluegrass Grill, even houses that have been certified as environmentally friendly. But if you stray from these newly renovated blocks, there's a different side to Chattanooga's Main Street.

"In Chattanooga, we have this underbelly," Brother Ron Fender says. "You can walk down Main Street, and you don't know that just over there, there's prostitutes — or just over there is a camp where people sleep in the woods at night."

Brother Ron, as he likes to be called, is a monk. He's a member of the Brotherhood of Saint Gregory, a Christian community that's part of the Episcopal Church. Brother Ron helps to run the Chattanooga Community Kitchen, a day center that provides food, medical care and case management to the homeless. Tammy Clark is homeless and volunteers there every day.

Once you start looking, you'll notice Main Streets are everywhere and tell all kinds of stories. There's a Main Street in San Luis, Ariz., which dead-ends right into the Mexican border. The Main Street in Navasota, Texas, is a gravel road in the middle of a field. Main Street is small town and urban center; it is a thriving business district and the prostitution stroll.

Mapping Main Street is a collaborative documentary media project that creates a new map of the country through stories, photos and videos recorded on actual Main Streets. The goal is to document all of the more than 10,000 streets named Main in the United States. We invite you to capture the stories and images of the country today. Go out, look around, talk to people and contribute to this re-mapping of the United States at mappingmainstreet.org

"I didn't know what prostituting was or what crack was until I moved to Chattanooga," Tammy says.

When she moved to Chattanooga, Tammy rented an apartment upstairs from a friend who used crack and "walked" on Main Street. Tammy was a meth user at the time but quickly picked up a crack habit. In need of more money, Tammy decided to give prostitution a try.

"I'd have to smoke crack to get out there and get into cars. And then as soon as I got out, that's the first thing I did — run to the crack dealer."

Tammy says she wishes she never started prostituting, but one good thing did come out of it. She met her fiance, Ernest Waddell.

Ernest was visiting a friend and told him he was looking for a "lady companion for the evening." His friend introduced him to Tammy.

"She came in and the first thing that I spotted about her that just totally attracted me to her is her gap in her teeth," Ernest says. "All my sisters and brothers have gaps, but I don't." 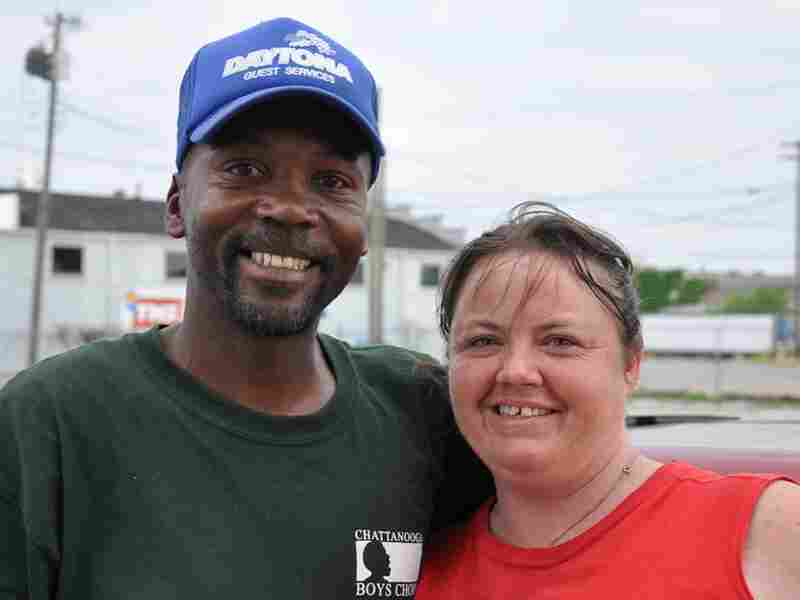 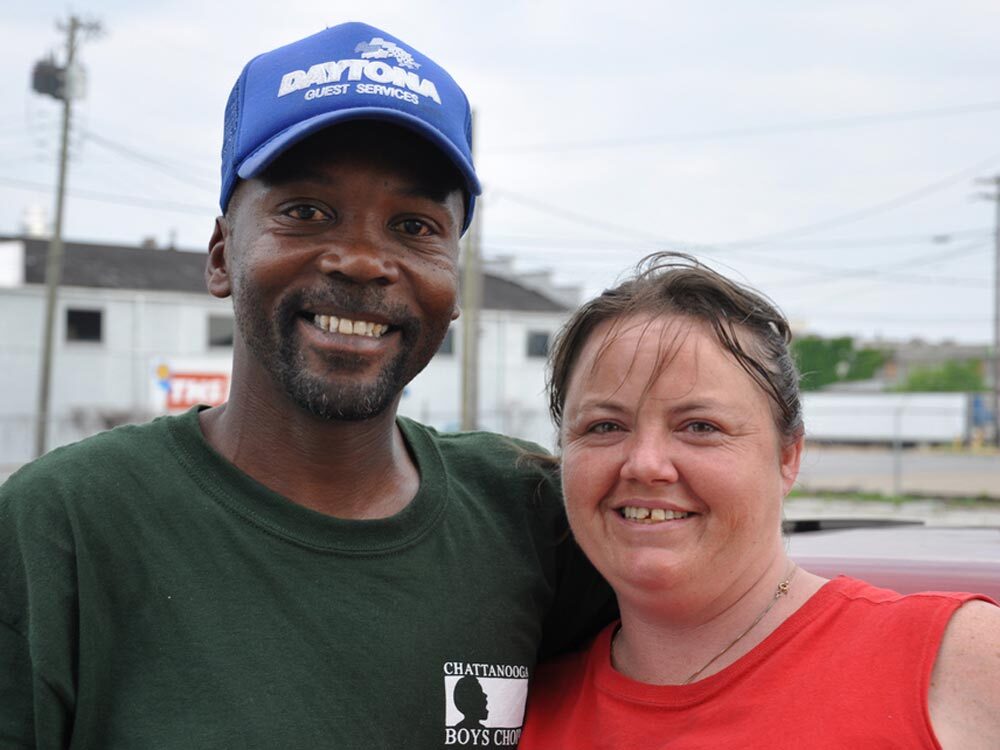 Ernest Waddell and Tammy Clark at their old camp just off Main Street.

Tammy and Ernest stayed up all night talking. In fact, nothing really happened except talking.

Tammy kept working on Main Street even after they started dating. Ernest says he tried to get her to stop.

"I would tell her, 'OK, you go down Main Street. I'm going to go find me a girl. And I'm just going to pay her — so you can feel how I feel when I'm going to sleep with somebody else — and then I'm going to come right back to you.'"

About a year ago, Tammy was picked up by a man on Main Street. He took her into the woods and threatened to kill her. After that, Ernest threatened to leave her if she didn't quit.

"[I told her] one day she's going to not come back, and I'm going to see a picture in the paper of a deceased woman."

After that, Tammy quit.

Tammy and Ernest are still homeless and live in a camp off of Main Street. Now, Tammy makes money by selling her food stamps for cash, donating plasma and finding other odd jobs. She also volunteers at the Chattanooga Community Kitchen, doing laundry for other homeless people in the area. Ernest works construction jobs and also volunteers at the community kitchen.

Tammy says when she goes for a walk on Main Street today, she gets the chills, and flashbacks from when she was working there. Still, Tammy says, "If we're broke, it crosses my mind: 'I can go get just some money for cigarettes — Main Street.' But that scares me." 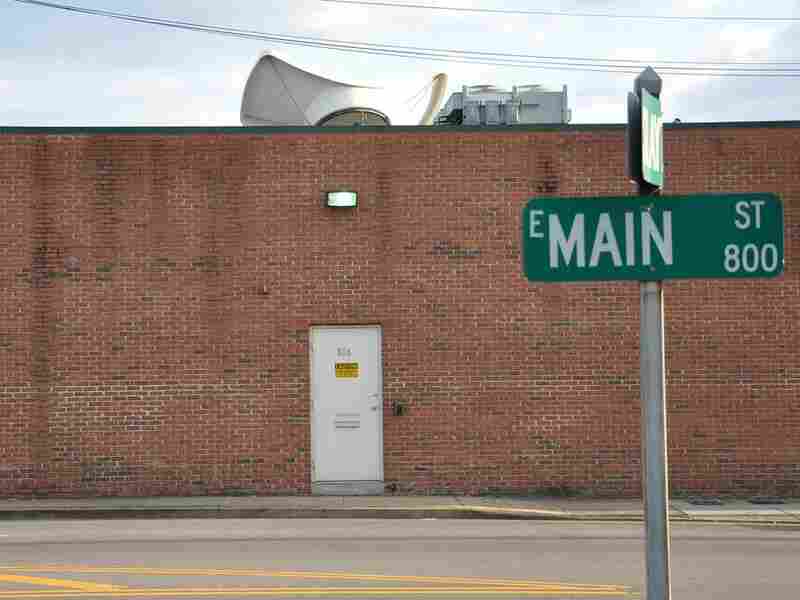 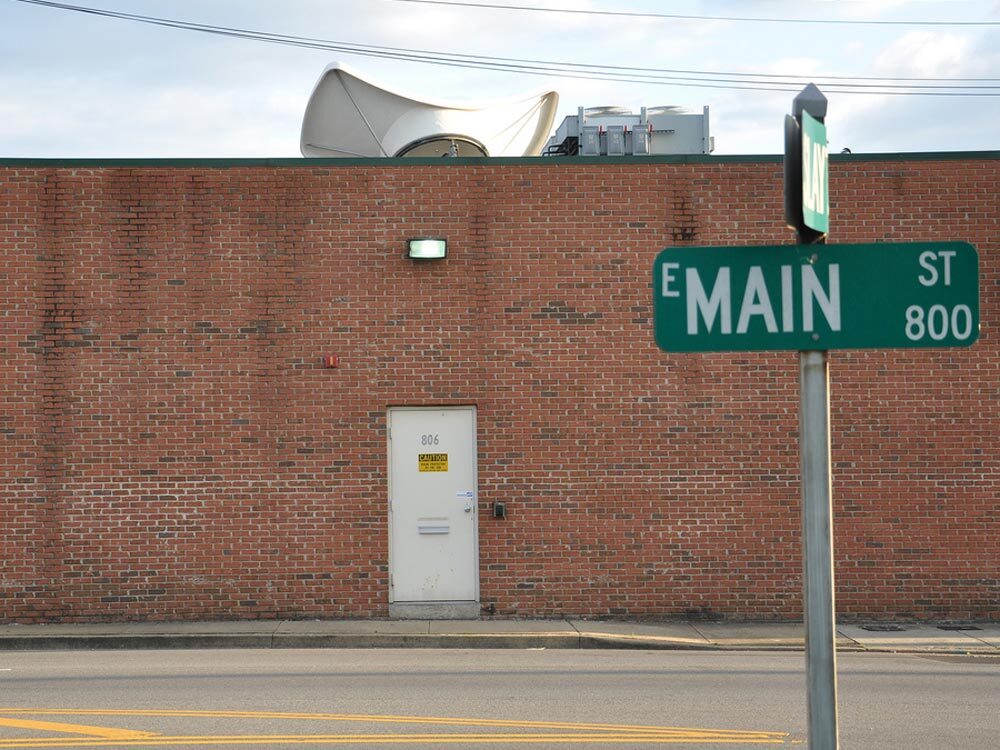 Jared and Jennifer Barnes live one block away from Main Street in the area where Tammy used to work. They moved to the neighborhood 3 1/2 years ago when Jennifer saw the house online and fell in love with it.

After they moved in, neighbors told them about the prostitution in the area. One night Jared called to order a pizza, but the delivery driver laughed when he gave their address. "We don't deliver there," he said.

Then one afternoon, Jennifer experienced it firsthand. She was watering the plants in her front yard, wearing jeans and a T-shirt. She had just gotten home from teaching. She noticed a black Chevy Avalanche circling her block. Then, the man driving the truck slowed down, looked at her and motioned toward his lap. He thought Jennifer was a prostitute.

Jennifer called the police. They found the man a few blocks away with a prostitute in his car.

Jennifer was scared and Jared was furious. He and a friend created a Web site to raise awareness and started a neighborhood campaign. Every time they saw a prostitute, they called the police.

It's been almost three years since Jennifer was propositioned in her front yard. Jared says he's not sure he'll want to raise children in a place where prostitution is so common, but Jennifer says she loves the neighborhood.

"We have to keep making Main Street a little bit better down this way, and then we can stay in the neighborhood," Jennifer says.

Mapping Main Street is produced by Ann Heppermann, Kara Oehler, James Burns and Jesse Shapins. Additional help from Josie Holtzman, Sarah Pelligrini and Ian Gray. Mapping Main Street is a part of MQ2, an initiative of AIR, the Association of Independents in Radio Inc., with support from the Corporation for Public Broadcasting. The project is also supported with funds from the Berkman Center for Internet and Society at Harvard University. Participate in this open documentary project by contributing stories, photos and videos of Main Streets across the country. Visit mappingmainstreet.org to join in.