Accessibility links
'Reading Rainbow' Reaches Its Final Chapter After 26 years, the beloved children's show hosted by LeVar Burton will disappear from the airwaves. Today, educational funding favors programs that teach kids how to read, rather than why to read. 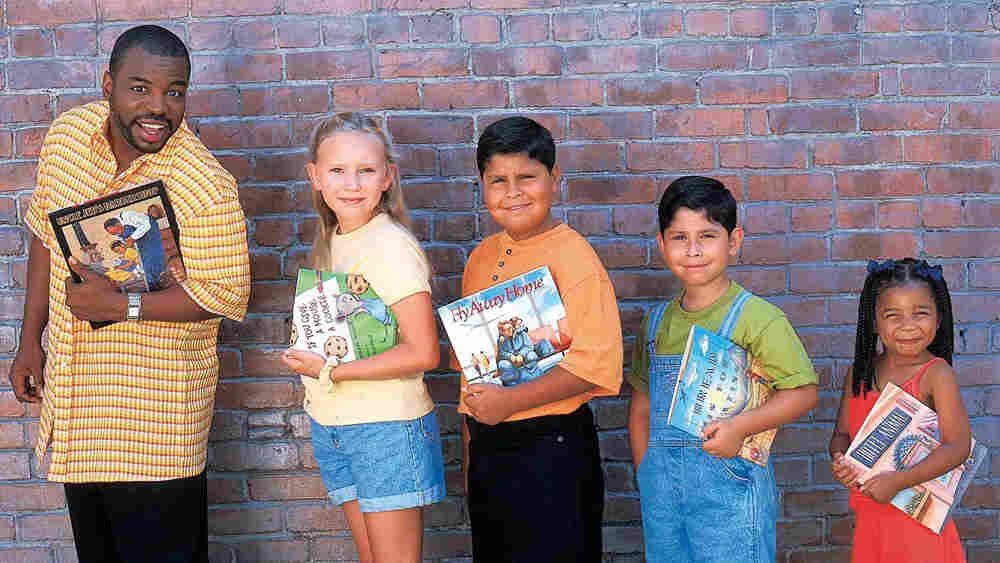 Watch A Clip From 'Reading Rainbow'

'Hail to the Mail'

Even if you can't remember a specific Reading Rainbow episode, chances are, the theme song is still lodged somewhere in your head:

Butterfly in the sky, I can go twice as high,
Take a look, it's in a book — Reading Rainbow ...

Reading Rainbow comes to the end of its 26-year run on Friday; it has won more than two-dozen Emmys, and is the third longest-running children's show in PBS history — outlasted only by Sesame Street and Mister Rogers.

The show, which started in 1983, was hosted by actor LeVar Burton. (If you don't know Burton from Reading Rainbow, he's also famous for his role as Kunta Kinte in Roots, or as the chrome-visored Geordi La Forge on Star Trek: The Next Generation.)

Each episode of Reading Rainbow had the same basic elements: There was a featured children's book that inspired an adventure with Burton. Then, at the end of every show, kids gave their own book reviews, always prefaced by Burton's trademark line: "But you don't have to take my word for it ..." 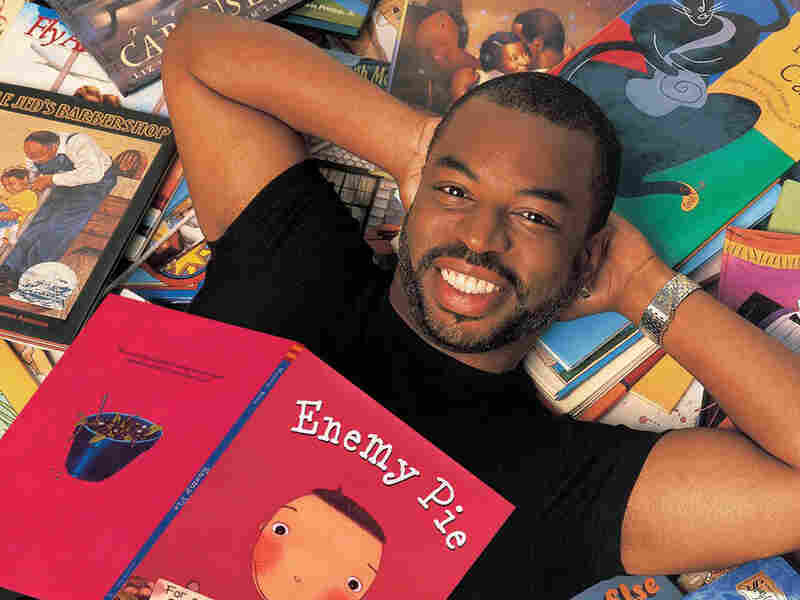 "I think reading is part of the birthright of the human being," Burton said in a 2003 interview. "It's just such an integral part of the human experience — that connection with the written word." GPN/Nebraska ETV Network and WNED Buffalo. hide caption 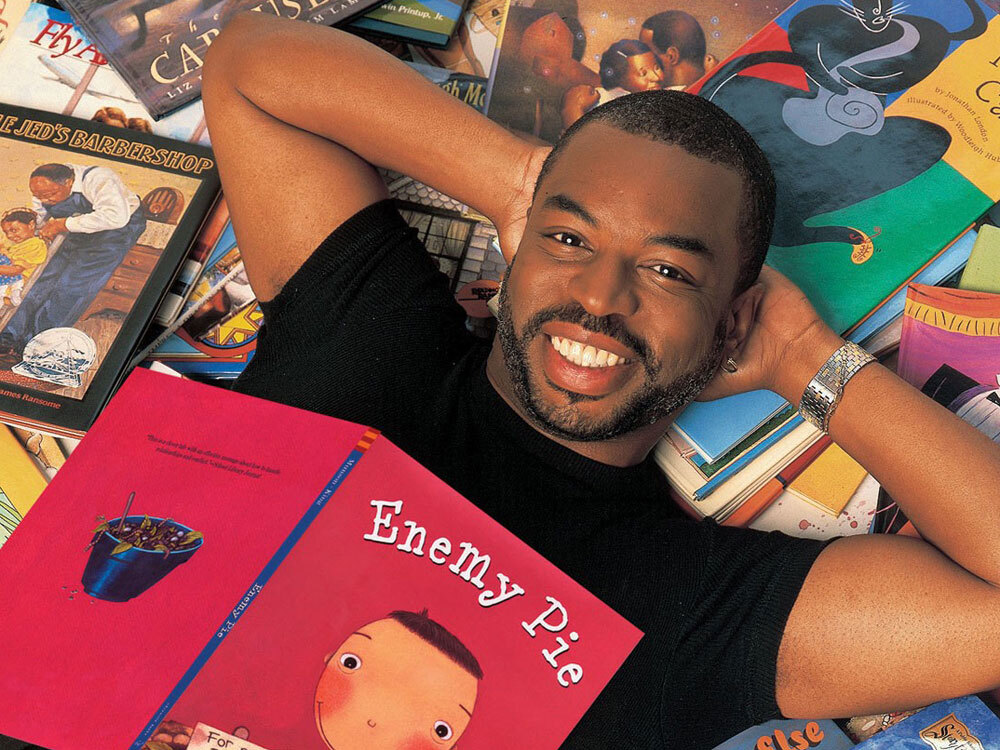 "The series resonates with so many people," says John Grant, who is in charge of content at WNED Buffalo, Reading Rainbow's home station.

The show's run is ending, Grant explains, because no one — not the station, not PBS, not the Corporation for Public Broadcasting — will put up the several hundred thousand dollars needed to renew the show's broadcast rights.

Grant says the funding crunch is partially to blame, but the decision to end Reading Rainbow can also be traced to a shift in the philosophy of educational television programming. The change started with the Department of Education under the Bush administration, he explains, which wanted to see a much heavier focus on the basic tools of reading — like phonics and spelling.

Grant says that PBS, CPB and the Department of Education put significant funding toward programming that would teach kids how to read — but that's not what Reading Rainbow was trying to do.

"Reading Rainbow taught kids why to read," Grant says. "You know, the love of reading — [the show] encouraged kids to pick up a book and to read."

Linda Simensky, vice president for children's programming at PBS, says that when Reading Rainbow was developed in the early 1980s, it was an era when the question was: "How do we get kids to read books?"

Since then, she explains, research has shown that teaching the mechanics of reading should be the network's priority.

"We've been able to identify the earliest steps that we need to take," Simensky says. "Now we know what we need to do first. Even just from five years ago, I think we all know so much more about how to use television to teach."

Research has directed programming toward phonics and reading fundamentals as the front line of the literacy fight. Reading Rainbow occupied a more luxurious space — the show operated on the assumption that kids already had basic reading skills and instead focused on fostering a love of books.

Reading Rainbow's impending absence leaves many open questions about today's literacy challenges, and what television's role should be in addressing them.

"But" — as Burton would have told his young readers — "you don't have to take my word for it."