Accessibility links
Robert Frank's Elevator Girl Sees Herself Years Later "I stood in front of this particular photograph for probably a full five minutes, not knowing why I was staring at it," she says. "And then it really dawned on me that the girl in the picture was me." 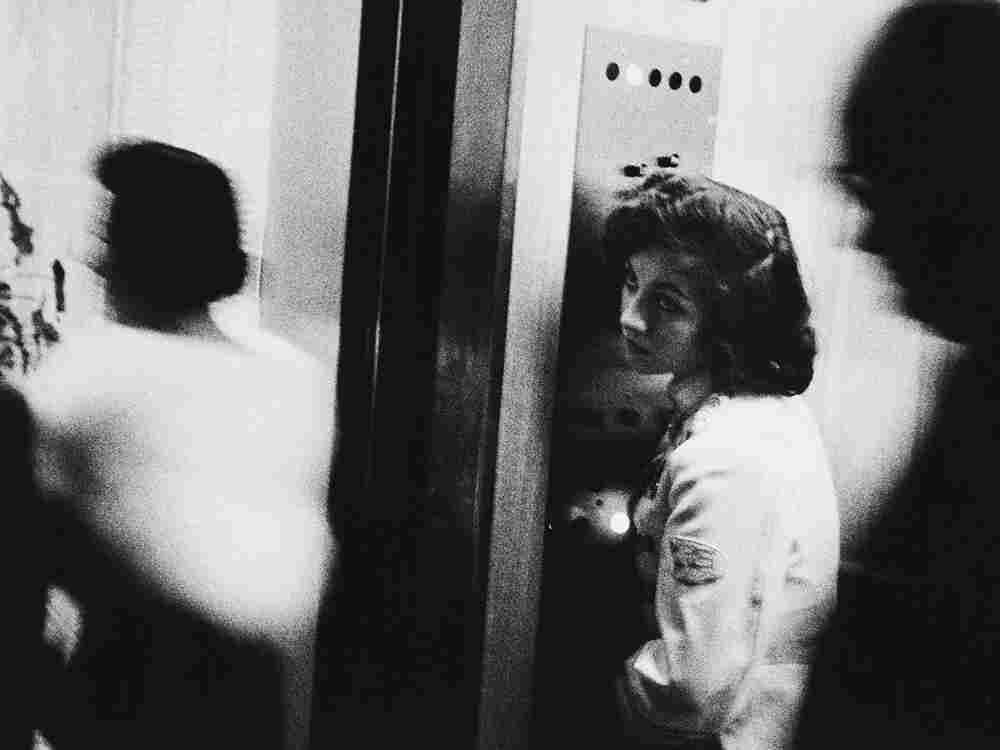 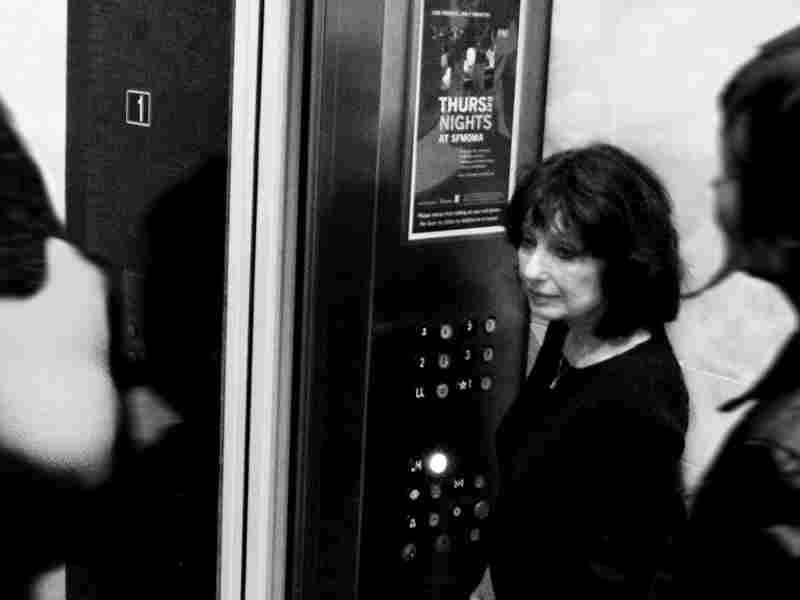 A half-century later, Collins poses in a recreation of the scene. Ian Padgham/SFMOMA hide caption 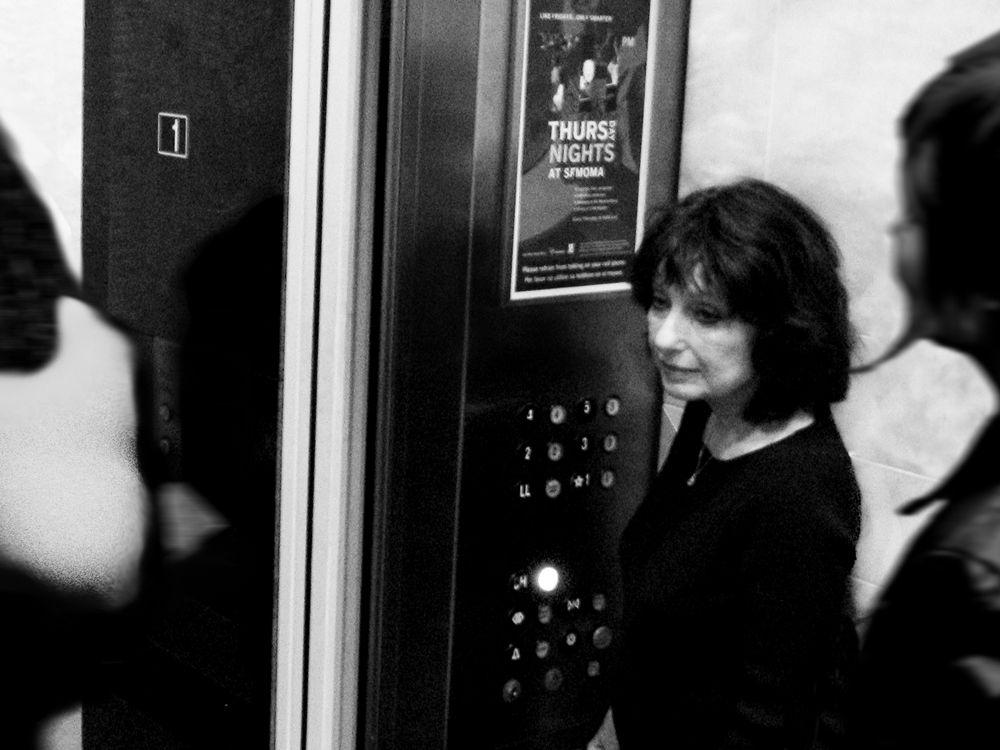 A half-century later, Collins poses in a recreation of the scene.

One of photographer Robert Frank's most famous images aroused a particular interest from his friend, beat writer Jack Kerouac.

In his introduction to Frank's book of photos The Americans, Kerouac writes, "That little ole lonely elevator girl looking up sighing in an elevator full of blurred demons, what's her name & address?"

Today, Sharon Collins lives in San Francisco. About 10 years ago she visited the San Francisco Museum of Modern Art and found herself drawn to a particular photo — the same photo Jack Kerouac wrote about.

"I stood in front of this particular photograph for probably a full five minutes, not knowing why I was staring at it," she says. "And then it really dawned on me that the girl in the picture was me."

The iconic shot shows a young girl, pressing an elevator button, looking up with an unreadable expression.

More On The Photographer

At the time, her name was Sharon Goldstein, growing up in Miami Beach. At fifteen, she got a summer job as an elevator girl at the Sherry Frontenac Hotel. She says the hotel was always full of tourists, and many of them had cameras. Although she wishes she remembers this particular tourist, she doesn't. But she pieced together what happened by looking at Frank's contact sheet.

"Robert Frank took about four photos of me without a flash in the elevator. I didn't know he was taking them. And then when the elevator emptied of its 'blurred demons,'" she says, "he asked me to turn around and smile at the camera. And I flashed a smile, put my hands on my hips. I hammed it up for about eight or ten frames."

You Know These NPR Voices — But What Do They Look Like?

But from the single image that was chosen for The Americans, Kerouac guessed she was lonely. Collins thinks he was pretty close.

"He saw in me something that most people didn't see. I have a big smile and a big laugh, and I'm usually pretty funny. So people see one thing in me. And I suspect Robert Frank and Jack Kerouac saw something that was deeper. That only people who were really close to me can see. It's not necessarily loneliness, it's ... dreaminess."