Accessibility links
30 Years Of Jazz In The Motor City This coming weekend, more than 100 jazz acts will descend upon the Detroit International Jazz Festival. The event will celebrate three brothers from a special Detroit-rooted jazz family: pianist Hank Jones and his two late brothers, drummer Elvin and trumpeter Thad. 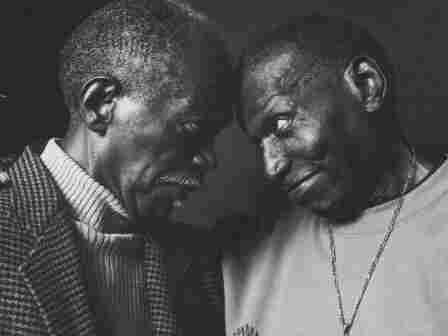 The Detroit International Jazz Festival celebrates its 30th anniversary over the course of four days this coming weekend. The free event, featuring more than 100 acts spread over six stages, should bring a huge audience to the Motor City's downtown. The festival features a wide range of artists, including jazz legends, modern jazz masters and young, up-and-coming musicians.

Keeping with the spirit of family, the festival will feature performances by Hank Jones, the Brubeck Brothers (Dan and Chris), their father Dave, the Clayton Brothers (Jeff and John), the Heath Brothers (Jimmy and Tootie), John Pizzarelli and his father Bucky, and Larry Coryell with his son Julian.

Listen below to songs from the three Jones brothers, as well as two sets of brothers scheduled to perform at the 2009 Detroit International Jazz Festival. 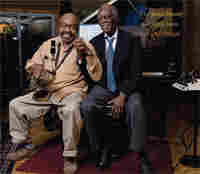 Until June 2006, pianist Hank Jones and tenor saxman/flutist James Moody had only met in the recording studio briefly. The two living legends have collective jazz performance experience of well over a century, but it took until the 21st to bring them together for Our Delight. Backed by Todd Coolman on bass and Adam Nussbaum on drums, Jones and Moody put forth a program of classic jazz tunes including "Birk's Works," penned by Moody's teacher and mentor, Dizzy Gillespie. It sounds as if Jones and Moody have played and recorded together for many years. 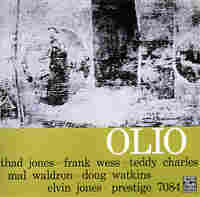 Though trumpeter and composer Thad Jones is billed first on this lineup, Olio is a collaborative effort. "Potpourri" isn't even one of Jones' many compositions (it was written by pianist Mal Waldron), but it's good to hear him on this sextet studio date that included Teddy Charles on vibes, Frank Wess on flute and tenor sax, and his brother Elvin on drums. When Olio was recorded in 1957, Thad was working with the Count Basie Orchestra, but also teaming up with some smaller groups. The bright tone of Thad's trumpet mixes well with the vibes and flute on this tune; though his sound is strong enough not to get lost in a big band, it shines nicely with scant personnel surrounding him. 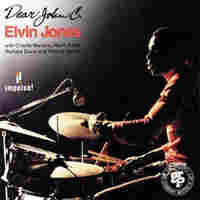 This recording, Elvin Jones' second for Impulse Records under his own name, was made toward the end of his tenure with John Coltrane's group. Fellow Detroit native Sir Roland Hanna is featured on piano for this song, while Elvin's brother Hank also plays on the album. While this date is led by Jones, he doesn't take over the album's overall sound or spend long periods soloing. His distinctive style shines through, but Jones and his bandmates also form a tight, swinging group effort. Alto saxophonist Charlie Mariano sounds particularly good. 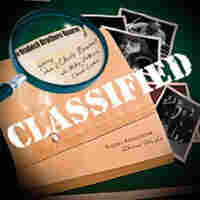 Dance of the Shadows

When you hear the surname "Brubeck," the name "Dave" immediately comes to mind first. But Dave's sons inherited much of their father's musical talent, and have won praise of their own over the years. Chris (bass and bass trombone) and Dan Brubeck (drums) have performed together since the 1970s. Their latest recording, Classified, features jazz and classical themes; Chris is also known for classical compositions, so it's natural that he'd help merge the genres. "Dance of the Shadows," featuring Chris' bass trombone, was co-written by the brothers. It doesn't sound like there's any sibling rivalry at work here — only mutual respect and a shared love of music. 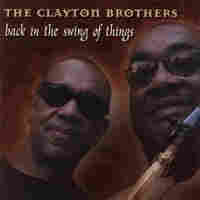 Back in the Swing of Things

Brothers John and Jeff Clayton surely aren't "back" — they've been in the swing of things for many years. Bassist, composer and conductor John Clayton has racked up numerous accolades, including a Grammy for his work on Queen Latifah's 2007 jazz album Trav'lin' Light. John is also the Artist in Residence for this year's Detroit Jazz Festival. Alto saxophonist/flautist Jeff Clayton has played with everyone from the Count Basie Orchestra (when it was led by Thad Jones) to Ella Fitzgerald to Frank Sinatra to Stevie Wonder. Aside from their esteemed individual careers and the Clayton Brothers group, the brothers also co-lead the successful Clayton-Hamilton Jazz Orchestra with drummer Jeff Hamilton.