Accessibility links
All Their Loving: Jazz Covers The Beatles As the British Invasion changed the landscape of the music industry, jazz musicians had to adapt to popular music written by the bands themselves instead of hired songwriters.

Hear Six Interpretations Of The Band's Classics Below 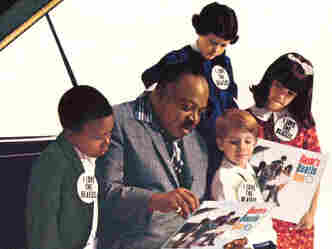 Count Basie was an early adopter of The Beatles. courtesy of the artist hide caption

More On The Beatles Remasters

The Beatles: Better, Worse Or About The Same?

Aug. 15, 1965. Having traveled by helicopter to the site of the World's Fair in Flushing Meadow Park, Queens, four shaggy-headed Brits board an armored car for their ride to the recently opened Shea Stadium. Sixty thousand crazed teenagers await them. The foursome only plays a 30-minute set, but it changes American music forever.

Jazz is no exception. Up until the British Invasion, songwriters dominated the industry. Singers and instrumentalists competed to record their own arrangements of the day's hits — what we now call "covers." That system gradually collapsed. How would jazz musicians interpret new songs that were so closely associated with their creators? And what would they find to fuel improvisation without the fertile harmonies of the old standards?

It's been a long and winding road. Arguably, it took well into the 1990s before the developments of '60s rock were comfortably absorbed into the jazz tradition. The further we've come, the more musicians have been able to find their own voices within the creations of the Fab Four. Starting with some early attempts, here are five benchmarks along the way.

For more in the Take Five series, click here. 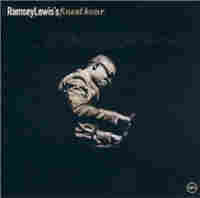 Every geek knows that British rock was born when musicians discovered the blues thanks to recordings of artists such as Muddy Waters. It might not be as easy to hear the blues in the music of The Beatles compared to, say, The Rolling Stones. But it couldn't be more obvious when Ramsey Lewis plays "Hard Day's Night." The Chicago-born pianist topped the charts himself in the '60s with The In Crowd, and takes The Beatles back to their Southern roots. 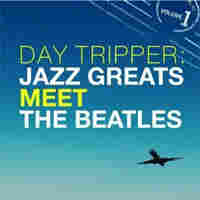 Count Basie once grumbled about recording pop tunes, telling a reporter in the 1930s that if you had to do them, you might as well make them swing. Whether out of obligation or perceived necessity, Basie was an early adopter of The Beatles, recording the album Basie's Beatles Bag in 1966. Not every tune works — the Basie juggernaut basically clear-cuts "Norwegian Wood" — but "All My Loving" is a perfect vehicle for his big band. The simple melody isn't far removed from '30s hits like "In a Mellow Tone." Basie makes the arrangement his own, tip-toeing through with wit and charm. 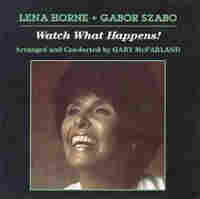 What on earth inspired Lena Horne, that paragon of elegance and class, to record "Rocky Raccoon" with Hungarian guitarist Gabor Szabo in 1969? Sarah Vaughan took a lot of heat for her funked-up, disco-inspired versions of The Beatles, and with good reason. Horne doesn't seem entirely in her element, either. New Yorker critic Hilton Als described the arrangement as "wry, dismissive, and filled with contempt." I don't hear it that way. Tight-lipped, but with a wink and a nod, Horne (then 52) gets a little groove on, relating a folk tale that could have come from 19th-century America. She winds up somewhere between blues empress Bessie Smith and Tina Turner — aiming, perhaps, for something nice and rough. 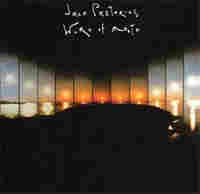 Jaco Pastorius gave one of the most covered Beatles tunes one of the most highly regarded jazz covers. Like so much of the music by electric-bass virtuoso Jaco Pastorius, "Blackbird" is propelled by a sense of flight. Harmonica player Toots Thielemans takes the melody and glides over the top. Leave it to fusion musicians — guys with instruments that plug in — to get down to business with rock. 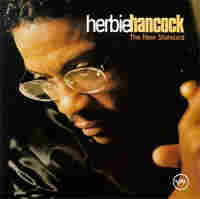 Norwegian Wood (This Bird Has Flown)

Pianist Herbie Hancock was one of those fusion musicians in the '70s and, by the '90s, he was pioneering what he called "new standards," exploring that concept in an album for Verve in 1995. On it, The Beatles keep company with Prince, Peter Gabriel and Kurt Cobain. Unlike a simple cover musician, Hancock expands the structure of "Norwegian Wood" and adds subtle, complex harmonies. His contributions seem to magnify the tune's wistful, nostalgic mood. 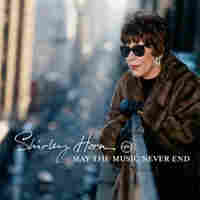 Cassandra Wilson is the singer most often credited with pioneering so-called new standards. Shirley Horn, on the other hand, the premier singer-pianist of her generation, claimed that she'd never heard "Yesterday" until one of her longtime band members brought it to her attention sometime in the 1990s. No matter. Horn treats it as she would the finery of Michel Legrand or Johnny Mandel. When she sings, "I'm not half the girl I used to be," it's hard not to think about her battle with breast cancer, or how she lost her foot to diabetes shortly before she died in 2005. Recorded on her final album, it's particularly poignant.