Accessibility links
Larry Gelbart, Rule-Busting Comedy Giant: Why 'M*A*S*H' Mattered One of television's most highly regarded comedy writers, Larry Gelbart, passed away today. You may know him as the early head writer of M*A*S*H, a show that left a huge footprint on television comedy. 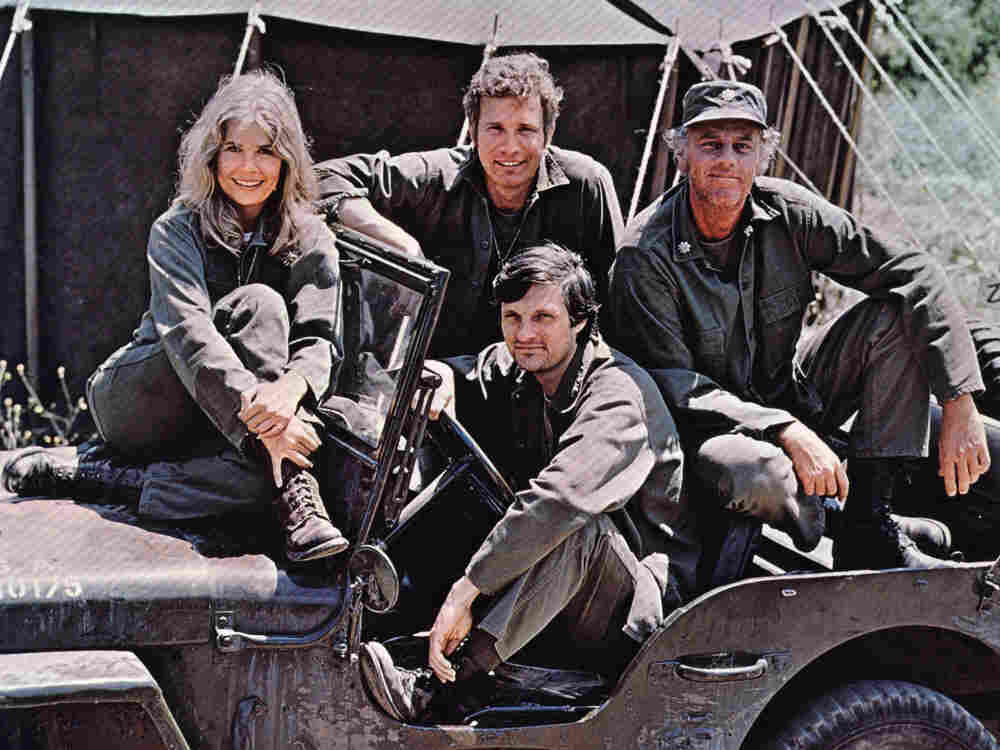 M*A*S*H, starring (among many others over the years) Loretta Swit, Wayne Rogers, McLean Stevenson, and Alan Alda, was an often rule-breaking comedy from head writer Larry Gelbart, who has passed away at 81. Hulton Archive/Getty Images hide caption 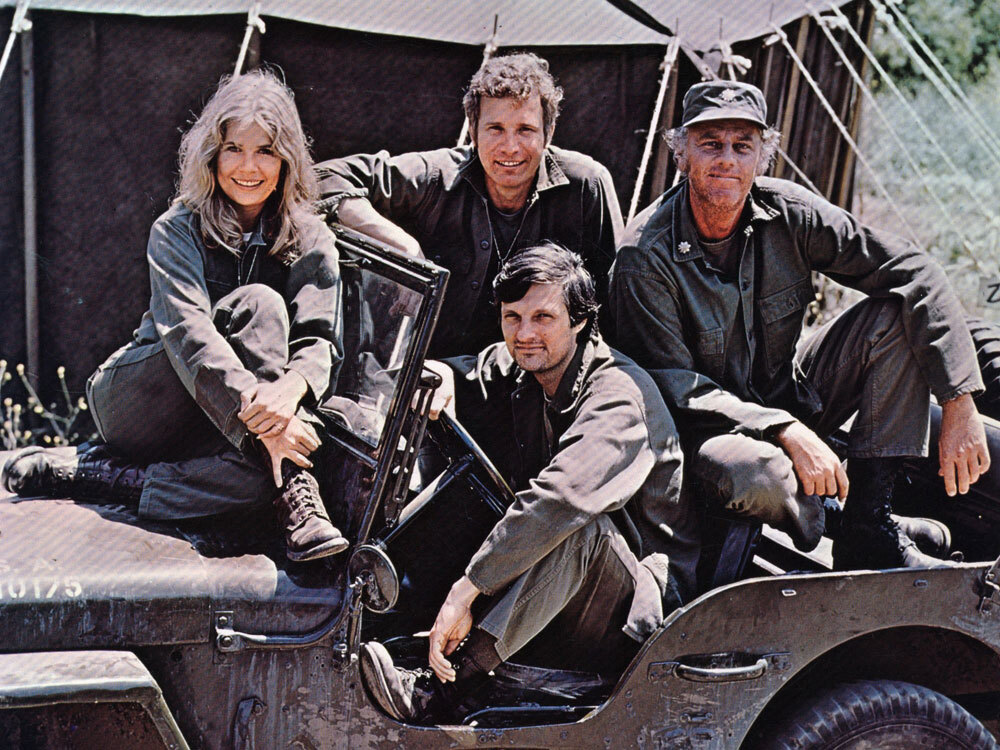 M*A*S*H, starring (among many others over the years) Loretta Swit, Wayne Rogers, McLean Stevenson, and Alan Alda, was an often rule-breaking comedy from head writer Larry Gelbart, who has passed away at 81.

The Los Angeles Times reports that Larry Gelbart died today at 81, and if you watch M*A*S*H reruns -- which a lot of you do, have, and will -- you've seen his name countless times. He wrote lots of other things -- wrote for Sid Caesar, co-wrote Tootsie, co-wrote the book for A Funny Thing Happened On The Way To The Forum -- but what he'll likely be most strongly associated with is M*A*S*H, for which he was the head writer during its first four years, which a lot of fans of the show will argue are the best ones. It's a good opportunity to take a look at this show and why it still airs multiple times a day on The Hallmark Channel and TV Land.

When the show started in the fall of 1972, All In The Family was already on the air, so it wasn't as if comedy until then had all been frothy yuks and sketch shows. (Though Gelbart wrote for Sid Caesar, so he knew plenty about that, too.) But M*A*S*H has remained more popular than All In The Family or most of the politically conscious comedies of the time -- it stays and stays, sad and funny, and as long as there are wars, it will always have a certain immediacy. (When I was young and hadn't seen the show much, I clarified with my mother that it was the Korean War and not the Vietnam War. My mother said, "It's the Korean War, but ... the mentality is very much Vietnam.")

M*A*S*H was a workplace show, a war show, a buddy show, and a romantic comedy. It was screwball, it was slapstick, it was wordplay, it was character comedy, it was banter, and it was, of course, often angry satire. It was genre-bending and rule-breaking, and it was a half-hour television comedy squarely aimed at smart and thoughtful people.

On rule-breaking, war talk, and how you do and do not lose a character, after the jump...

What rules were broken? Well, plenty of rules about format. The black-and-white episode "The Interview," the soldier's POV episode "Point Of View," the episode "Hawkeye," in which Alan Alda talks and talks for basically the entire episode ... there was a lot of experimentation, much (though not all, by any means) of which was concentrated in those first years.

But most strikingly, rules about story were broken. There were people who were irate when the show killed off Henry Blake in "Abyssinia, Henry," because that wasn't how television worked. You didn't kill a guy who was funny and lovable and on his way home to his family. The actor had already been written off -- what was the point? But of course, the fact that there was no point was, in a sense, the point.

When Trapper left (to be replaced by B.J.), he didn't get to say goodbye to Hawkeye, and while there are still shows that break rules, there are very few shows that would provide such an anticlimactic end to a critical friendship. Even if the actor were gone, they'd never make it as mundane -- and therefore painful -- as "He left while you were gone." That is a simple, common tragedy; the loss of a connection without a proper farewell, and while television will often do it with death, they will not often do it with simply ... leaving.

Television comedy has grown in detached irony over the years -- witness the famous Seinfeld mantra of "No hugging, no learning" -- and that's been for the good in many cases. Shows like 30 Rock don't need Very Special Episodes, and it's certainly a relief that a show like Arrested Development can be that odd and that dark and that whimsical. The beatdown of Brady Bunch-style end-of-the-show neat resolutions needed to happen, and the gradual disappearance of the laugh track is certainly a development to be cheered.

But there are times when it seems like the baby has been thrown out with the bathwater a bit, and it's harder to break rules than it used to be if those rules are about ironic detachment itself. People still love the final episode -- "Goodbye, Farewell, And Amen," seen by over 100 million people, an audience that simply doesn't exist for anything anymore -- and its wrenching, weepy, unapologetically sentimental goodbyes. The closing moments of "Abyssinia, Henry" are devastating; there is no other word. Smaller pains and triumphs, like aching for family and finding the perfect scheme to foil the perfect visiting bureaucrat, still resonate.

The big, open, beating heart of M*A*S*H may have made Alan Alda into an often-mocked symbol of mushy '70s sentimentality and the emerging caricature of the Sensitive Male (which is kind of funny, given that he was an inveterate womanizer). But what Larry Gelbart did in developing and writing this show constituted an enormous step for television comedy that not continues to influence medical shows like House (which aped the "Point Of View" episode last season) as well as every effort television will ever make to talk about war. (Even as a kid, I remember viscerally responding to the simple and sympathetic futility of Hawkeye's impulse decision to visit the peace talks.)

The Star-Ledger's Alan Sepinwall has a fuller list of Gelbart's accomplishments, but I freely admit that for me, it is all about M*A*S*H, which -- like lots of other people -- I still like, still watch, and still laugh at.