Accessibility links
Baxter Black On 'Little Joe, The Wrangler' Public radio's favorite cowboy poet, philosopher and former large-animal veterinarian lost his father at an early age. But Black has a vivid memory of being regaled by a certain song about a young cowboy at bedtime. 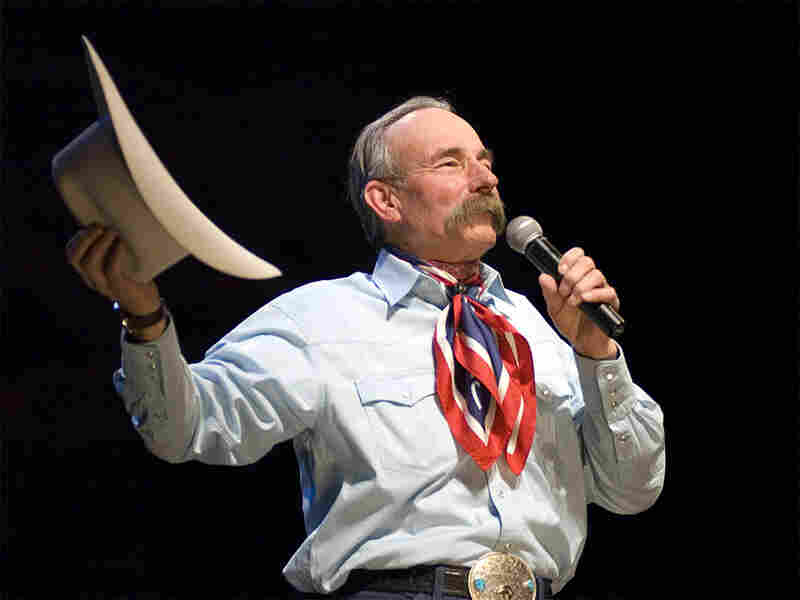 Many of us can recollect a favorite bedtime story or a song sung to us on the cusp of sleep when we were young. That memory often floods back so vividly.

For this week's "What's in a Song" from the Western Folklife Center, we hear from someone who cherishes one particular memory about his father. Baxter Black — public radio's favorite cowboy poet, philosopher and former large-animal veterinarian — lost his father at an early age. But Black does recall that his dad used to sing the song "Little Joe, The Wrangler" to him and his brother at bedtime.

"Somehow it was important enough that that was the song that he chose to sing to us," Black says. "It's a story that has a sad ending, but it has a legitimate hero. And any kid can identify with it — 'I could have done that!'"

Black tells the story of the ballad "Little Joe, The Wrangler."