Accessibility links
Secret Of The Masons: It's Not So Secret Best-selling author Dan Brown's latest novel, The Lost Symbol, draws on the lore and mystique of the Freemasons. Once the object of fear and suspicion, the group is now a social organization with spiritual leanings. 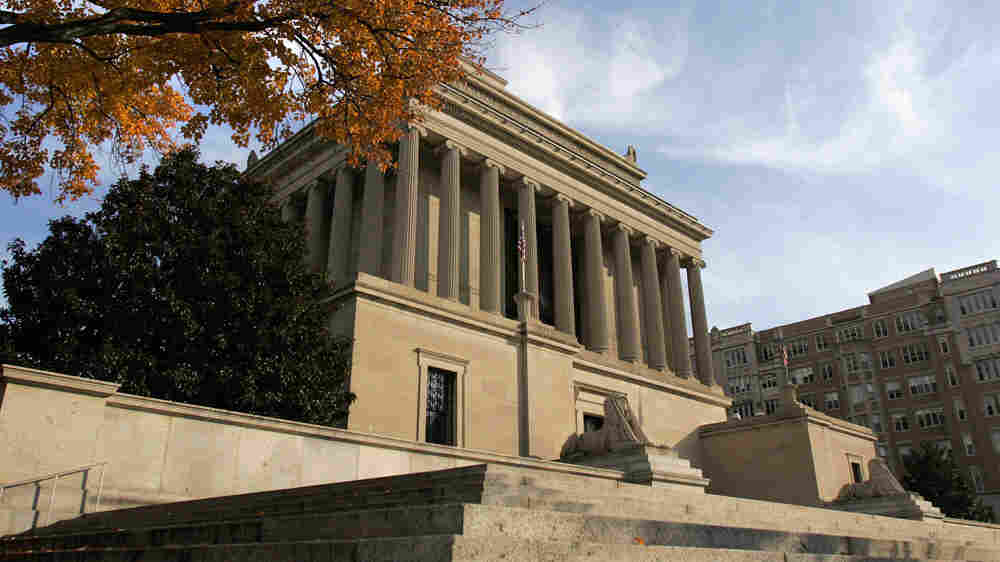 The Freemasons Grand Lodge on 16th Street in Washington, D.C., has served as the national headquarters of the Supreme Council since 1915. Tim Sloan/AFP/Getty Images hide caption

Best-selling author Dan Brown's latest novel, The Lost Symbol, draws heavily on the lore and mystique of the Freemasons. A visit to one of the locations in the novel, a prominent Masonic building in Washington, D.C., serves as an introduction to the history of the once feared and even reviled secret society.

The House of the Temple, the headquarters of the Scottish Rite of Freemasonry in the Southern Jurisdiction of the United States, is an impressive and dignified edifice on Washington's 16th Street. The design was inspired by the Mausoleum of Halicarnassus, in Turkey. A couple of sphinxes on huge pedestals flank the steps.

In the center of the temple room is a large altar. Brent Morris, a mathematician by trade and editor of the Scottish Rite Journal, tells Robert Siegel that when a Masonic meeting is open, a volume of sacred law is open representing God's revelation to man.

"When a man becomes a member," Morris says, "he is asked to place his hand upon the book that he considers binding on his conscience." The temple has copies of the Bible, the Bhagavad-Gita, the Old Testament, the Zend-Avesta, the Sutras and the Quran. 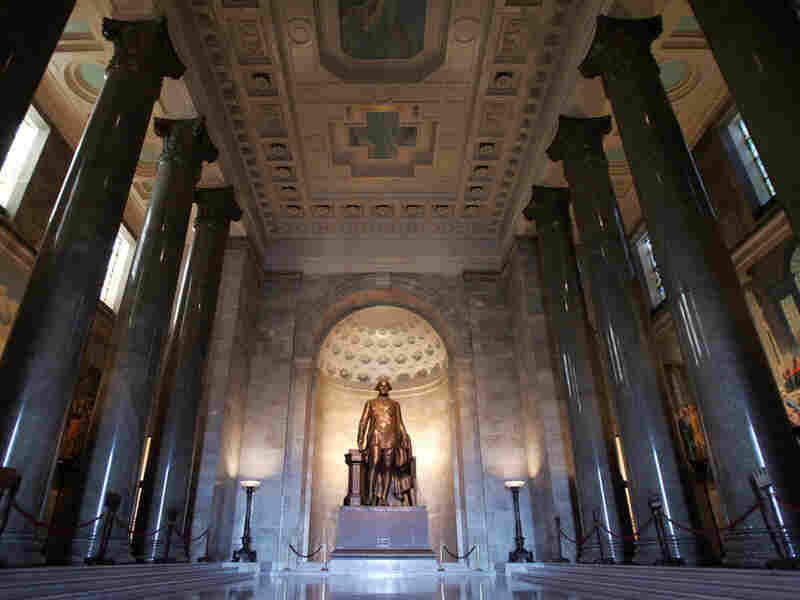 A bronze statue of George Washington — who, along with a dozen other U.S. presidents, was a member of the Freemasons — stands in the George Washington Masonic Memorial in Alexandria, Va. Saul Loeb/AFP/Getty Images hide caption 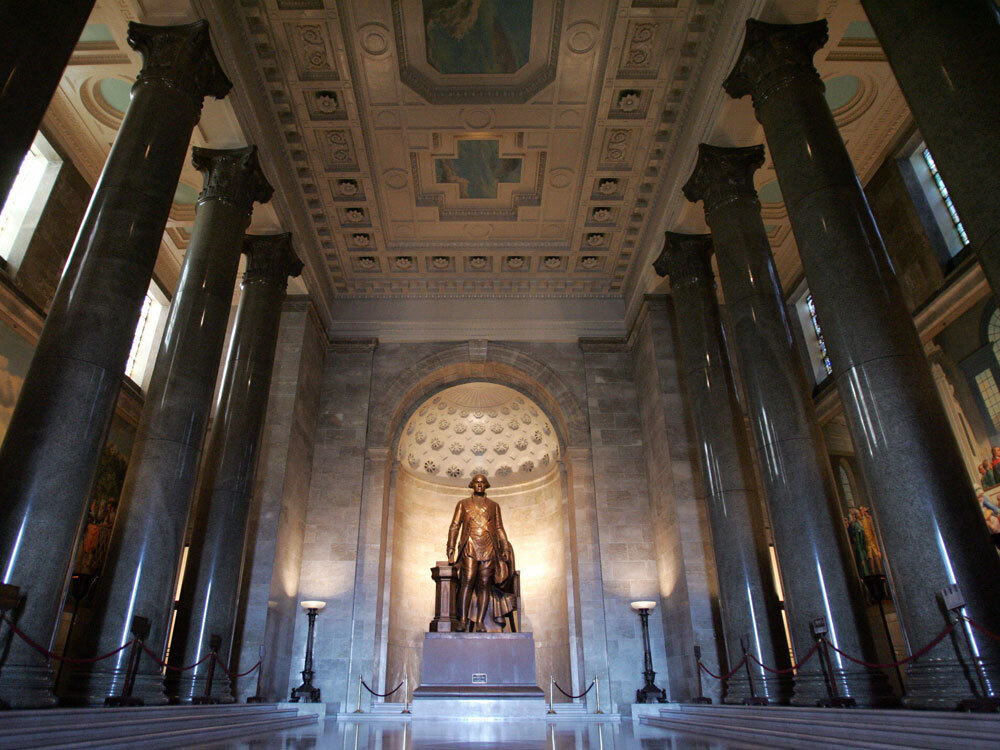 Spiritual, But Not A Religion

The rites inside the temple are at some level spiritual, and though they are related to religion, Freemasonry is not a religion. Morris explains that when the group was organized from a stonemasons' guild in 1717, its members adopted the radical proposition that men of different faiths can agree on God's existence.

"They can agree that God compels them to do good in the community," Morris says. "And then they can stop talking about religion." There are an estimated 1.4 million Masons in the U.S. today.

Brown's novel The Lost Symbol includes scenes of secret initiation rites in which wine is drunk from a skull. Morris says that does not happen — anymore.

Still, Masonic secrecy often inspired opposition to the society. In the 19th century, the Vatican issued anti-Masonic encyclicals, one of them branding the Masons "the Synagogue of Satan." Hitler ranted against the Masons. But some Masons have had fun with the orders' secrets over the years. 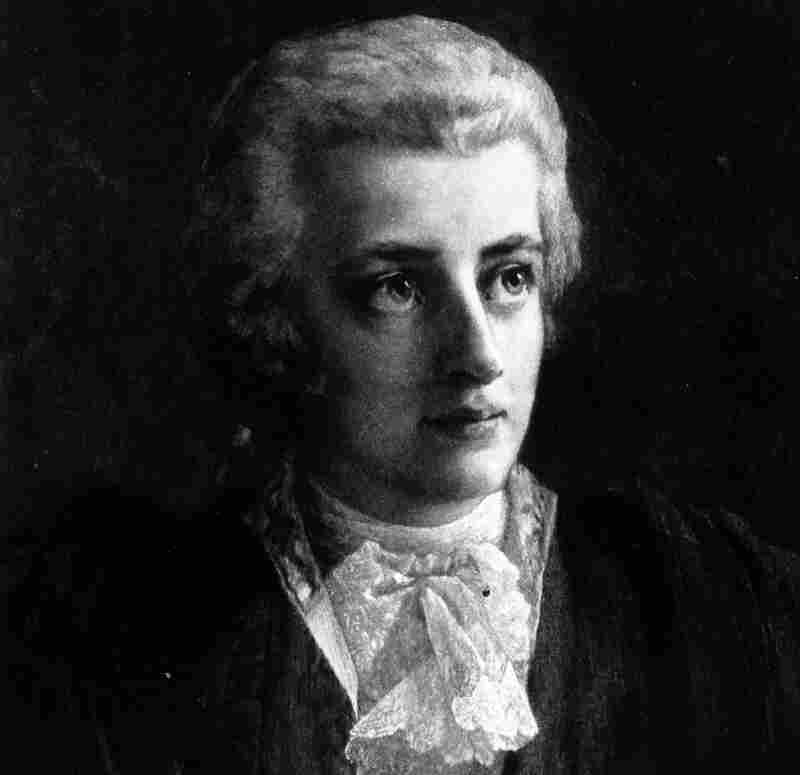 Mozart was a Mason at the end of his life — The Magic Flute is said to be full of Masonic references. Hulton Archive/Getty Images hide caption 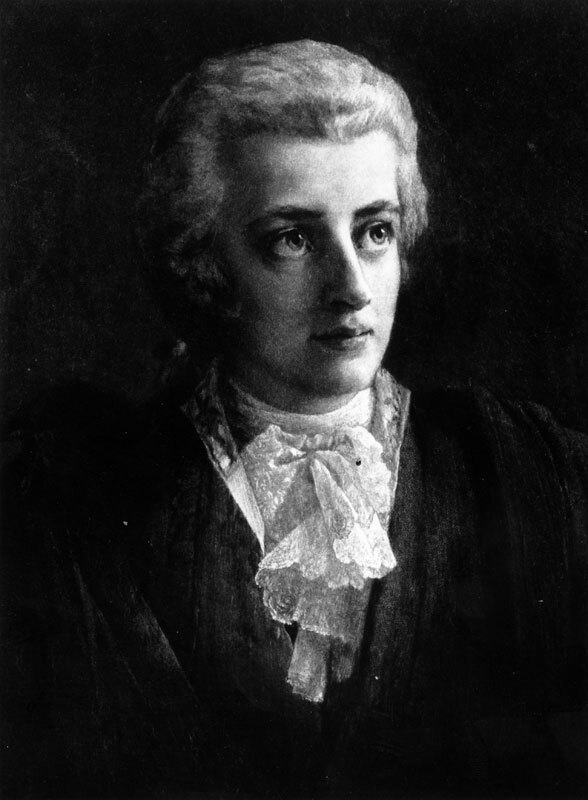 Mozart was a Mason at the end of his life — The Magic Flute is said to be full of Masonic references.

Mozart was a mason, and his opera The Magic Flute is full of Masonic symbols. Rudyard Kipling was also a Mason. His story "The Man Who Would Be King" is a playful adventure story involving Masons.

Although there are secrets to being a Mason, the boundaries of secrecy of Masonry aren't very clear, says Jay Kinney, author of The Masonic Myth.

"A lot of Masons sort of assumed that everything about the organization is a secret, and they just sort of clammed up, and that gave them a real reputation for being close-mouthed," Kinney tells Siegel. "However, the actual secrets that are not supposed to be revealed tend to be just the modes of recognition, which boil down to a few handshakes and hand gestures and the specific wording of degree rituals."

He says Mason symbols can be found on aprons, certificates and coffee cups. "It's all out there, and it's all fair game to discuss," Kinney says.

Still, the organization has attracted suspicion, partly because of its roster of powerful members: more than a dozen U.S. presidents and many prominent businessmen were Masons. This, in part, has led to the belief that Masons run the world.

"There may have been a smidgen of truth to that suspicion at one time," Kinney says.

He says in smaller towns, at one time, leading members of the community were Masons, and membership provided a private venue to discuss things. Kinney says there may have been a time when members used Masonic connections, but that is no longer happening.

"It's largely, at this point, a social organization that people enjoy each other's company," he says. "But there isn't discussion of power politics or how we're going to run the universe."