Accessibility links
The Toronto Film Festival: A Few More Films To Watch Out For We've got a final roundup of the films to look out for from the Toronto International Film Festival, including the latest from Nicolas Cage, Viggo Mortensen, and George Clooney.

The Toronto Film Festival: A Few More Films To Watch Out For

The Toronto Film Festival: A Few More Films To Watch Out For 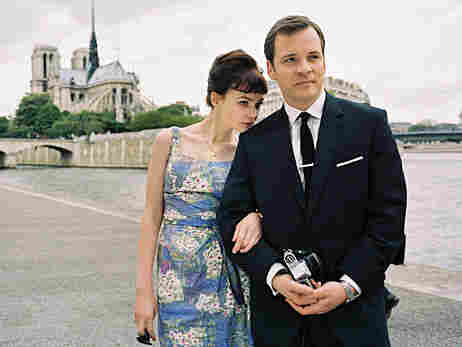 Carey Mulligan and Peter Sarsgaard star in An Education, one of the films to keep an eye out for from the Toronto International Film Festival. Kerry Brown/Sony Pictures Classics hide caption

The Toronto International Film wrapped up this weekend, with the Lee Daniels film Precious winning the Audience Award (it is now the first film to win the Audience Awards at both the Sundance and Toronto Film Festivals). In addition to the films I've already highlighted, here are a few more to watch out for. Most are already scheduled to appear in an art house theater near you.

By Chinese director Lu Chuan, this beautifully shot black and white film chronicles the 1937 Battle of Nanjing and the subsequent Japanese occupation of the city, often referred to as "The Rape of Nanking." We follow the stories of both the Japanese soldiers and the Chinese soldiers and civilians left behind. This sad, brutal story is at times extremely difficult to watch, but the tight, lingering shots of the faces from both sides will likely stay with you for days.

In this British coming-of-age film set in the early 1960s and directed by Lone Scherfig from a screenplay by Nick Hornby, Carey Mulligan plays Jenny, a seriously studious girl, obsessed with Paris, dreaming of Oxford. She begins second-guessing her priorities when she meets the older, handsome, wealthy and cultured David, played by Peter Saarsgard. What will win out: her traditional, A-Level education, or her new exciting life of eating at fancy restaurants, bidding at expensive art actions, and dancing all night at smoke-filled jazz clubs? The captivating Mulligan is being praised for this breakout performance.

Heath Ledger's last film, Nicolas Cage goes for laughs (we hope), and more, after the jump...

The Imaginarium of Doctor Parnassus (December 25)

This Terry Gilliam film may already be on your radar, because it was the film Heath Ledger was making when he died (yes, he still has one posthumous performance left). In this fantastical, visually Gilliam-ian tale, Christopher Plummer plays Dr. Parnassus, a modern-day carnie whose stage trick is immersing people in their own imaginations. Since a lot of the movie takes plays in the imaginarium world, Gilliam recast Ledger's role in those sequences with other top actors: Johnny Depp, Jude Law and Colin Farrell.

The Men Who Stare at Goats (November 6)
This film is getting mixed reviews, but I thought it was fun. Based on a book by Jon Ronson, this film is supposedly based on a true story, although throughout the whole thing, you will be asking yourself if it really could be. Goats stars Ewan McGregor as a reporter who goes to Iraq and discovers a special ops division of the military, specializing in supernatural and psychic powers. George Clooney plays one of the most gifted soldiers, who, at one point, claims to have killed a goat by staring at it really, really hard. Jeff Bridges plays the hippie mastermind who started the division. This film is odd, but funny, and replete with easy jokes — when these special soldiers call themselves Jedis, "Obi-Wan" McGregor is left to ask, "What is a Jedi?"

When this film showed at Cannes earlier this year, critics referred to it as Goodfellas set in a French prison. Directed by Jacques Audiard, a director beloved in France but little known in the United States, A Prophet follows the story of Malik, an illiterate North African sent to prison for a six-year sentence, as he tries to learn the ways of prison life. Somewhat against his will, he becomes a foot solider to a Corsican prisoner who seems to run the place, controlling prisoners, guards and even the warden. Although being a member of the crew has its benefits (a prison job, a TV in his cell), as more Muslims begin to enter the prison, he begins to question where his allegiances should lie.

Fans of the odd and oddly prolific director Werner Herzog and Nicolas Cage, especially at his most unhinged, will love this weird and funny re-imagining of the 1992 Abel Ferrara film starring Harvey Keitel. Cage plays Terence McDonagh, an officer who gets hooked on painkillers after he injures his back saving a prisoner during Hurricane Katrina. But don't let this good deed fool you; this guy is bad news. As the film progresses, the newly minted lieutenant becomes more drug-addicted, more morally challenged, and more out-and-out loopy, smoking crack with drug kingpins and imagining iguanas at crime scenes. Are the laughs Cage generates with his over-the-top performance intentional? You will have to decide for yourself.

In this film by director Rebecca Miller (The Ballad of Jack and Rose), Pippa Lee, played well by Robin Wright Penn, leads a seemingly charmed life. An ideal wife (or as one character calls her, the perfect "artist's muse"), Pippa makes a tidy, stylish home for her older book-editor husband, Herb, played by Alan Arkin. Because of Herb's numerous heart attacks, the couple has left the city and relocated to a suburban retirement community, and the move hasn't sat well with either one of them. That inspires Pippa to think about her past and about the life turns that have landed her in this comfortable, clean life. In her flashbacks, we meet her textbook 1960s suburban mother (Maria Bello), who also happens to be a speed addict, as well as the younger, teenage rebel Pippa, played by Gossip Girl's Blake Lively. The film's not perfect, but it ends up being oddly appealing, with an interesting feminist read on mothers, daughters, and the choices women have to make.

Many critics have claimed that this film is the best, and it's certainly one of the most bleak, of the festival. Based on a Cormac McCarthy novel and directed by John Hillcoat, it stars Viggo Mortensen as a father traveling with his son through a cold post-apocalyptic America, trying to find a safe haven that may not exist. This film was supposed to come out last year, and many speculated that it was postponed because it wasn't up to snuff. Toronto audiences didn't find that to be the case, and now critics are talking about Oscar nominations.

Ann Marie Baldonado is a producer for Fresh Air.