Accessibility links
U.S.-Mexico Border Crossing Grows More Dangerous Over the past decade, easier places to cross into the U.S. have been closed, so people are being pushed into isolated areas. Now, even though the number of illegal crossings has dropped substantially, the number of deaths remains a constant 200 a year.

The number of people apprehended illegally crossing the U.S.-Mexico border is down more than 25 percent, according to Customs and Border Patrol, but the rate of people dying while trying to cross is up.

No one knows whether the decrease in crossers is due to the recession keeping people home, the thousands of new border patrol agents or the more than 600 miles of new border fence that has been built. But what is clear is that over the past decade, easier places to cross have been closed, so people are being pushed into isolated areas.

No Way To Prepare

U.S. Border Patrol Search, Trauma and Rescue teams perform hundreds of rescues each year. They also discover the bodies — or skeletons — of those who didn't make it. 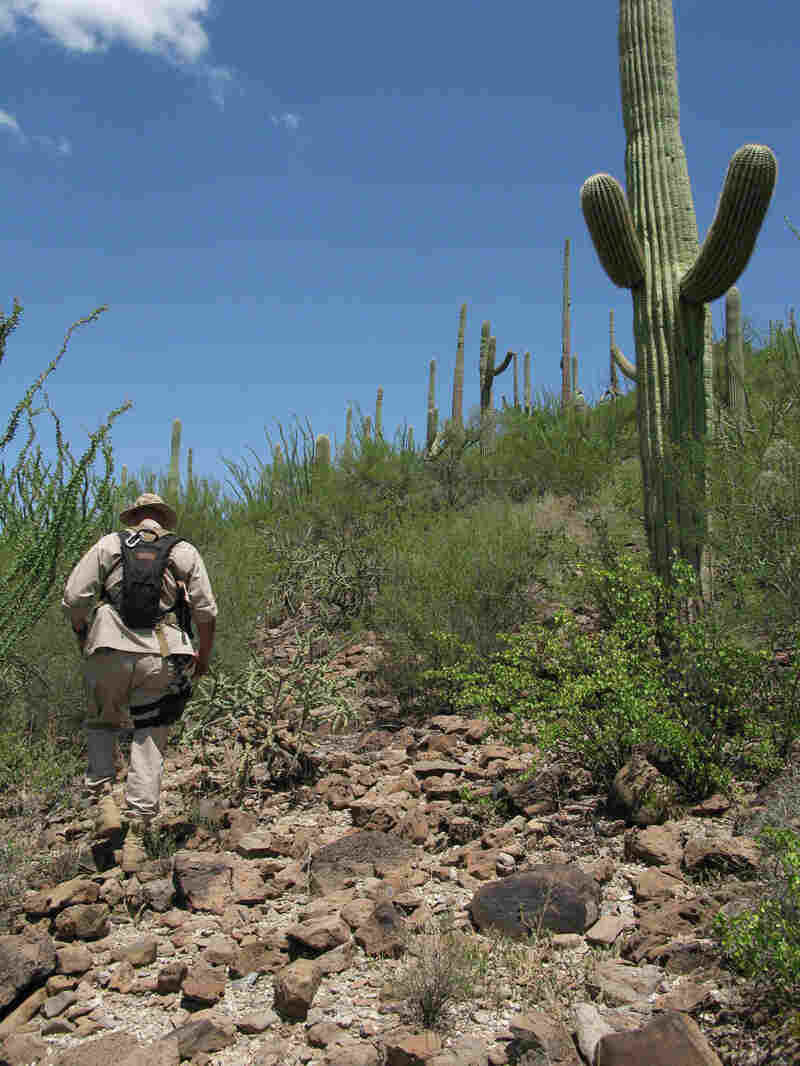 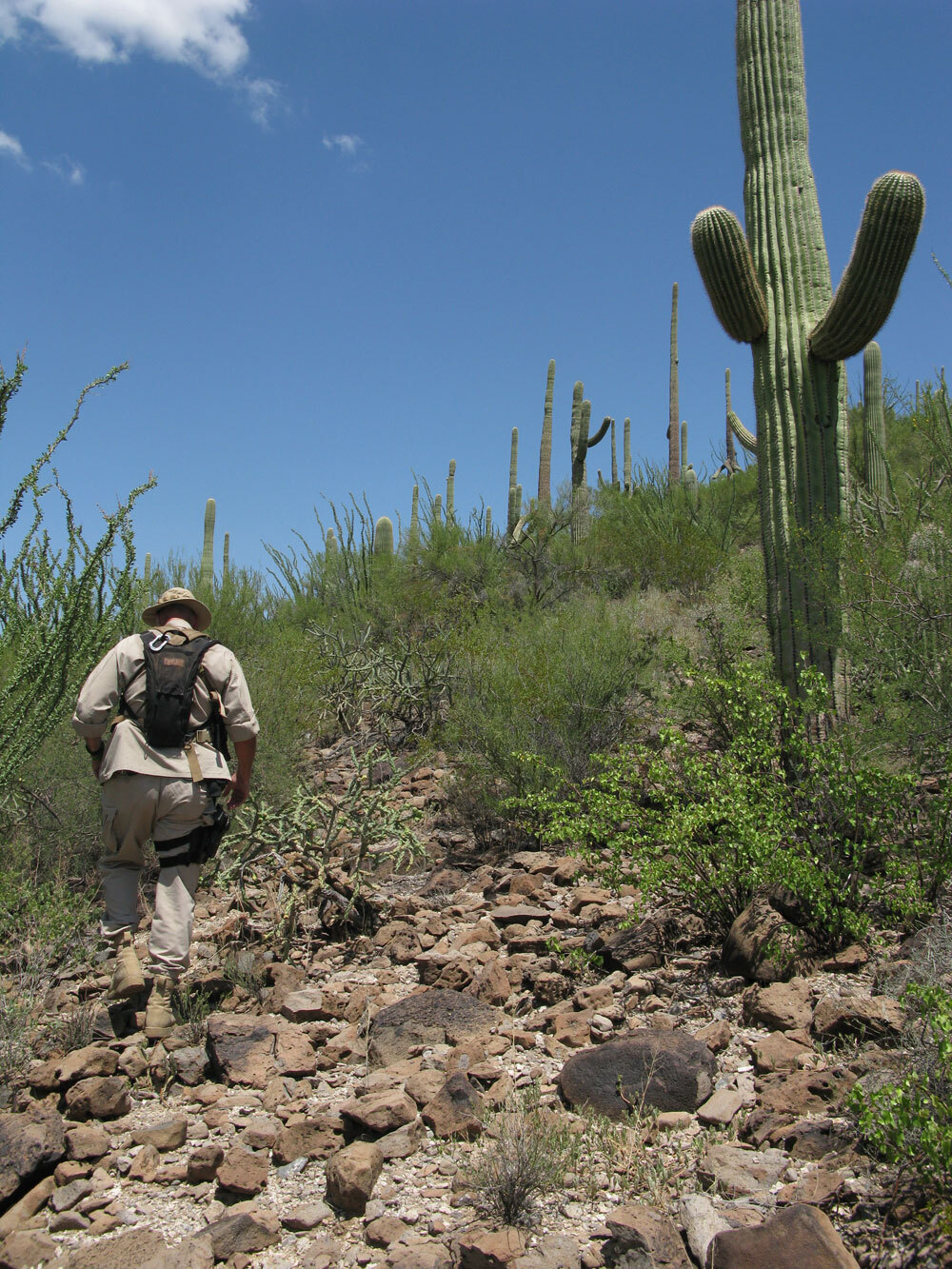 Border Patrol Search, Trauma and Rescue agent Paul Dubois is seen in the Sonoran Desert in southern Arizona, about 50 miles north of the Mexican border.

One scorching afternoon last month, Paul Dubois, a Border Patrol Search Trauma and Rescue agent, and his team were trying to catch up with a group of a dozen illegal crossers about 50 miles north of the border. The terrain is remote and rugged, so a helicopter helped Dubois search for the group, and given the intense desert heat, delivered jugs of water to the team and to the crossers.

When Dubois and his crew finally caught up to the group of crossers, all but three had escaped — including a girl the helicopter pilot said he had spotted. Two women and a man remained, sitting on the ground in custody. The man said his name was Elario. He said he was from Michoacan, Mexico, on his way to Florida for work.

Led by a coyote — a human smuggler — they had been walking four days from la linea — "the line" or the border — in the desert. They were not injured but were dehydrated.

Dubois says there's no way anyone can prepare for this. 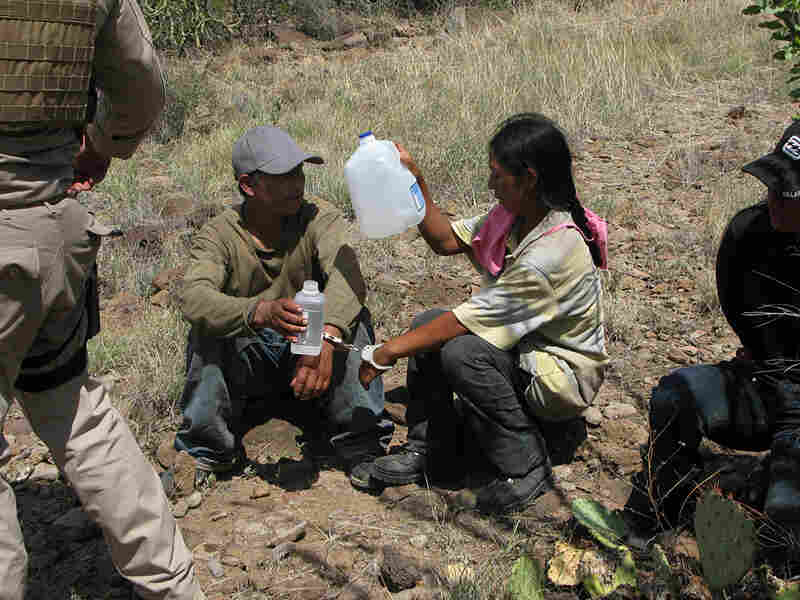 U.S. Border Patrol Search, Trauma and Rescue teams capture crossers who say they are from Michoacan, Mexico, and have been walking in the desert for four days. Ted Robbins/NPR hide caption 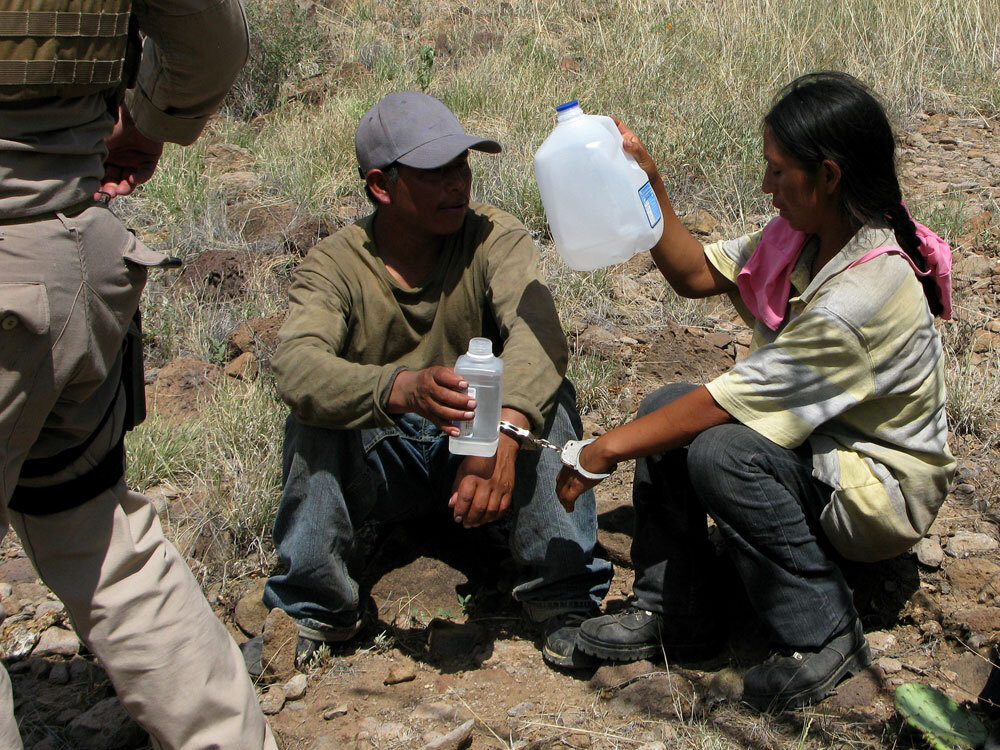 U.S. Border Patrol Search, Trauma and Rescue teams capture crossers who say they are from Michoacan, Mexico, and have been walking in the desert for four days.

The Rev. Robin Hoover, founder of Humane Borders, a group trying to reduce the number of deaths at the border, does not think the U.S. border policies are effective.

Hoover pulls out maps of Arizona that show bodies discovered at the border. He has noticed a trend.

No matter how you measure it, Hoover says, bodies are being found farther and farther from roads.

It's been a steady 200 bodies a year, despite the drop in illegal crossings. In other words, the rate of deaths is higher. It's become more dangerous to cross.

"As we have taken away, denied areas where they traditionally worked in the past, they are going to some of these remote areas," Hoffman says.

Hoffman says the Border Patrol will continue the strategy of pushing people into remote areas as long as Congress and presidents since Bill Clinton order the agency to.

"We've already demonstrated in this corridor that if you double the number of agents and technology out here, it doesn't have an effect on the migrant deaths," Hoover says. "This is an immoral policy. It's a deadly policy. It lacks imagination, and it cannot be morally supported."

As for the three captured crossers in the Arizona desert, they were escorted along a dry wash to a waiting SUV where they were taken to Tucson, Ariz., and processed through the system. Then they were most likely driven or flown back to Mexico — perhaps to try the deadly crossing again.