Accessibility links
Billy Hart Quartet In Concert: Live At The Village Vanguard Hart has lived through multiple sea changes in jazz; what makes him exciting to watch is that he's also clearly absorbed them all. Here, the career sideman steps into the leader's chair. 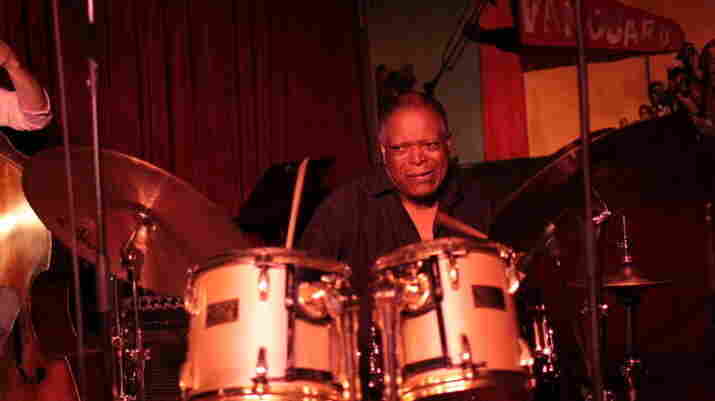 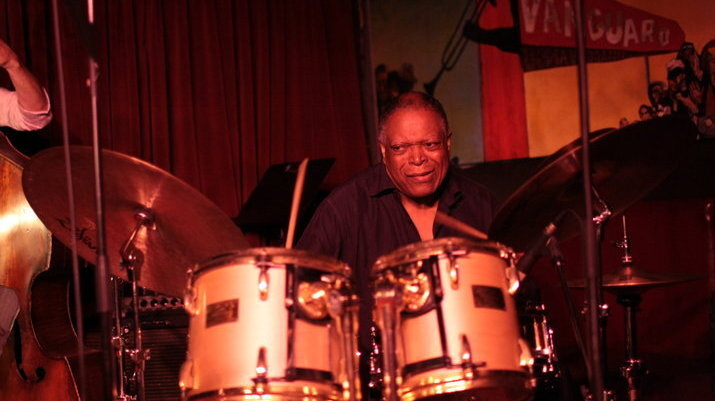 Here's a good story about the amount of respect drummer Billy Hart receives. For several years now, he's been playing in a quartet with three other musicians nearly half his age. The band was once something of a side project for member Ethan Iverson — best known as the pianist in The Bad Plus — until he, the saxophonist and the bassist all decided that Hart really deserved the credit, the billing and the leadership role. And when the Billy Hart quartet played the Village Vanguard for NPR and WBGO's live broadcast and video Webcast, the career sideman seemed to have grown quite comfortable in the leader's chair.

Hart is a master of contemporary expression, and as he proved by calling several colorful, involved originals, an underrated composer too. He can swing with the best of them, but he also accents with ever-churning creativity and distinctly modern group interaction. Clearly, Hart has lived through multiple sea changes in jazz; what makes him exciting to watch is that he's also clearly absorbed them all.

Hart's quartet does have an album to its name, the 2006 release Quartet. Hart wrote four of the tunes on the album, Iverson and saxophonist Mark Turner a few more, while landmark tunes from the John Coltrane and Charlie Parker songbooks — disassembled and reconstructed — comprise the remaining material. Pianist Ethan Iverson's off-camber lyricism is all over this band's music. Mark Turner is a master of his middleweight tone, and his solos are snaky, lithe, unpredictable. Ben Street is a full-service bassist who made his fourth appearance on the Live at the Village Vanguard concert series this year alone.

Billy Hart has recorded on more than 500 albums as a sideman. He emerged as an accompanist to Shirley Horn, then was repeatedly drilled in the rudiments with Jimmy Smith and Wes Montgomery. He followed jazz as some of its chief notables tried fusion — he played on some of Miles Davis and Herbie Hancock's most backbeat-driven discs in the early 1970s — and spent long stints with countless other giants of jazz ever since.

Hart has been playing the Village Vanguard since goodness knows when, though it's not terribly often that he actually gets to pack the seats for his own projects. This particular concert broadcast also happened to fall on the birthday of one of Hart's biggest inspirations as a young musician: John Coltrane. Appropriately, the band took on a drastically reconfigured version of Coltrane's famous "Giant Steps," and wound up its set with a little bit of chanting as part of a Bill Lee composition titled, simply, "John Coltrane." 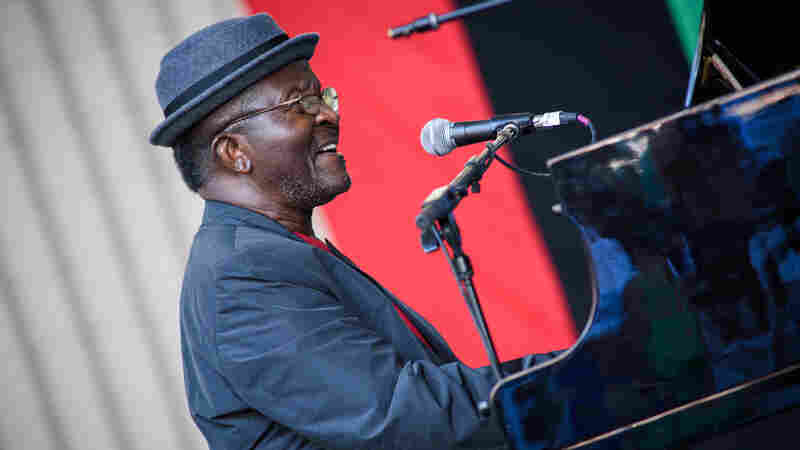