Accessibility links
Will Colleges Give NBC's 'Community' Good Marks? The comedy world has eagerly awaited the arrival of Community, a new NBC sitcom about a band of wacky misfits who attend a community college. And community colleges have been getting ready too, hoping this show will not add to the image problems they face. 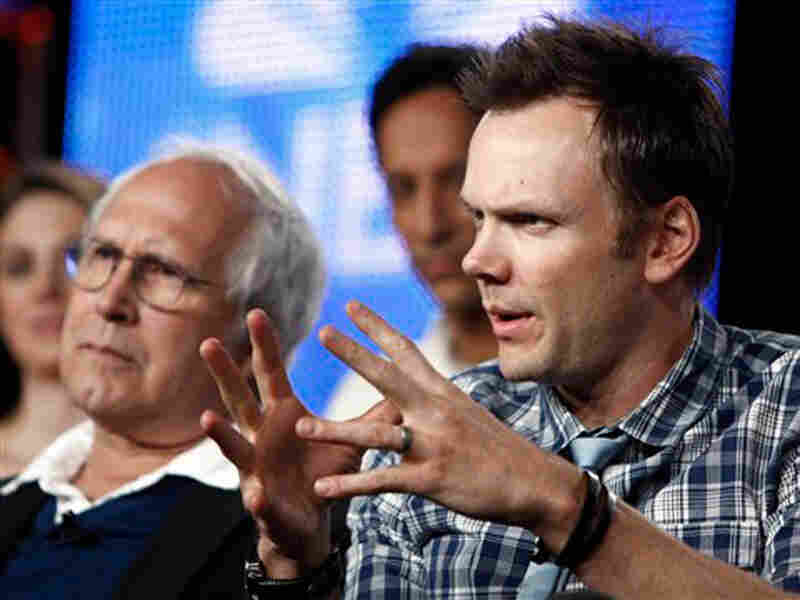 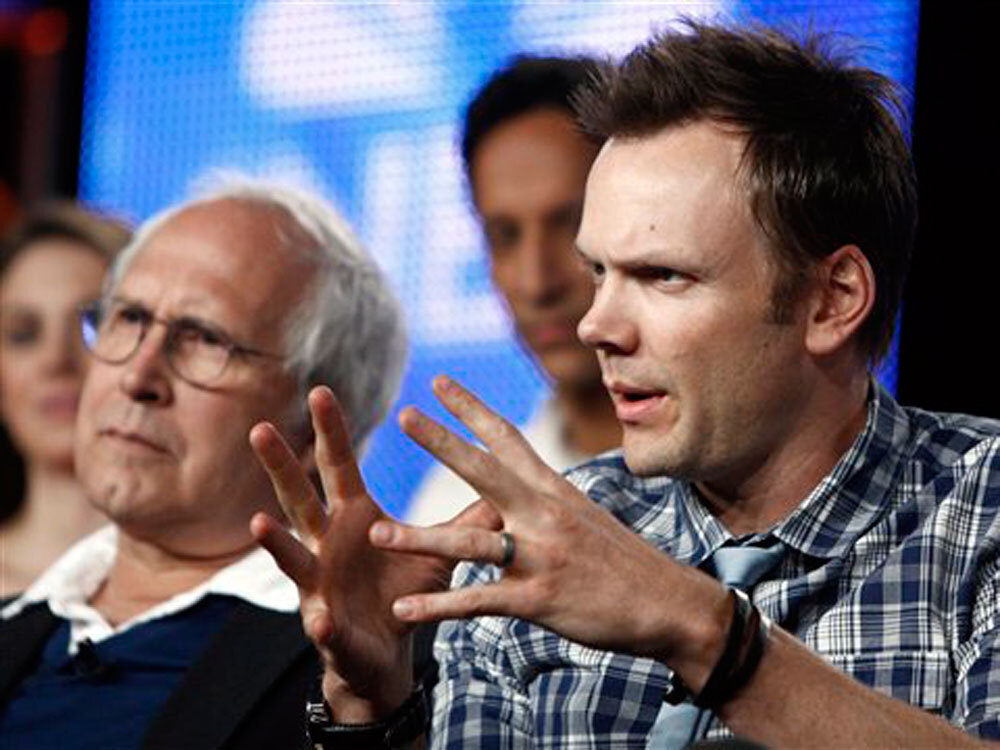 The creators of the NBC show Community hope the imaginary universe of Greendale Community College will be funny.

But there's an even chance the show will offend the millions of Americans who actually attend these schools.

The idea for the show began when comedy writer Dan Harmon walked into a community college. He was hoping to save his relationship with his girlfriend by taking a class with her. He found himself sitting next to a fascinating cast of characters.

"There was a teenage pregnant girl studying biology," Harmon says. "On the other side of me, there's a Vietnam vet. There are any number of reasons you might be at this place which, of course, is TV dynamite."

Harmon has turned that dynamite into Community, the tale of life at a fictitious two-year college.

In the show, Joel McHale plays a fast-talking lawyer sent to the purgatory of Greendale Community College because his fake law degree was unmasked. Don't ask how he expects to get a law degree at a two-year college — remember, this is network television.

"These people share the feeling that they are better than this second-chance school," Harmon says of the characters in his show.

"I can make anything right or wrong."

"Why would I harass somebody who turns me on?"

"Many of them are ungrateful to be there, consider themselves being there as the result of some kind of broken path. But they're all lucky to be there, and find each other, and it's a good, healthy place for them to be."

You could call community college a goldmine for irreverent jokes and smart-as-a-whip dialogue. Or you could call it an easy attack on students who already suffer their share of cruel jokes.

"They have to be funny, and that was their attempt at it, but I didn't think it worked so well," says Norma Kent of the American Association of Community Colleges. The group has been girding its loins, preparing for a lot of snarky humor at the expense of two-year students.

"We're using it as a teachable moment," Kent says. "And we think that it's an opportunity to say a lot of good things about community college and their students regardless of what the show portrays."

After one episode, there are surprisingly few complaints. During a first episode viewing at Montgomery College, a well-respected community school in the Maryland suburbs of Washington, D.C., three students — all in their second year — giggled but did not guffaw through the pilot. But the show's deepest digs threw them off.

MTV attempts to capture the real-life college experience in this 2009 reality series made and produced by eight freshmen and sophomores at the University of Wisconsin. The show is surprisingly realistic, and its authenticity is aided by Blair Witch-esque handheld camerawork.

Revolving around the lives of six typical undergrads, 2001's Undeclared is vintage Judd Apatow at his finest. Before becoming a cinema sensation, Apatow focused on the day-to-day challenges first-year college students face, such as roommates, identity crises and the freshman 15. The result is relatable and hilarious.

Alumni of the Greek system will be familiar with the ground this late-2000s ABC show covers. Pledges, rushing, underage drinking and spring break are front and center in many episodes, while standard undergrad fare fills in the gaps.

BET's reality show about students at historically black colleges, and later in big cities, had its debut in 2004 and became a smash hit for the network. Each season, roughly nine students live in the same house, Real World-style. Roommate drama and college antics share equal billing as central themes in this show.

Saved By The Bell: The College Years

This one-season spinoff of the cult sitcom Saved By the Bell ran in 1993. It stars many of the same actors and plotlines as the original, though previously unexplored themes such as marriage, Greek life and student-professor affairs also surface.

This '80s British comedy features four mismatched students who share a house. Much of the show's humor is derived from character development of the housemates: there's the hippy, the anarchist, the violent punk and the wannabe stud. The show often veers into the realm of the ridiculous; suicide, violence and destruction are recurring plot points.

"I've heard that a lot of people call a community college a high school with an ashtray," says business student Ksenia Prokunina.

But these students are used to a sitcom world where nothing is sacred. So Prokunina says she's not offended.

"I think humor is a good thing," Prokunina says. "I think as long as you don't take it too seriously, it might actually be a good thing for a community college, that they make a show about it. "

The characters in Community face the same existential dilemma that community colleges themselves face — they have to rise above their own low self-esteem.

Harmon's expectations for this sitcom are pretty grand — he wants to get laughs and teach meaningful life lessons. Community college students and advocates are mostly hoping to avoid another slap in the face.

Harmon says the school amounts to a kind of test these people have to pass.

I've heard that a lot of people call a community college a high school with an ashtray.

"The campus is a character," Harmon says. "The college itself is a character. What do you do when you're not handed everything on a silver platter? The answer is absolutely different for every character."