Accessibility links
CEO: Google Knows A Lot About You, Then Forgets The search engine giant knows what you're looking for and uses that information to help others find answers on the Web. But Google CEO Eric Schmidt says the company promises to respect your privacy and discard your searches after a while. 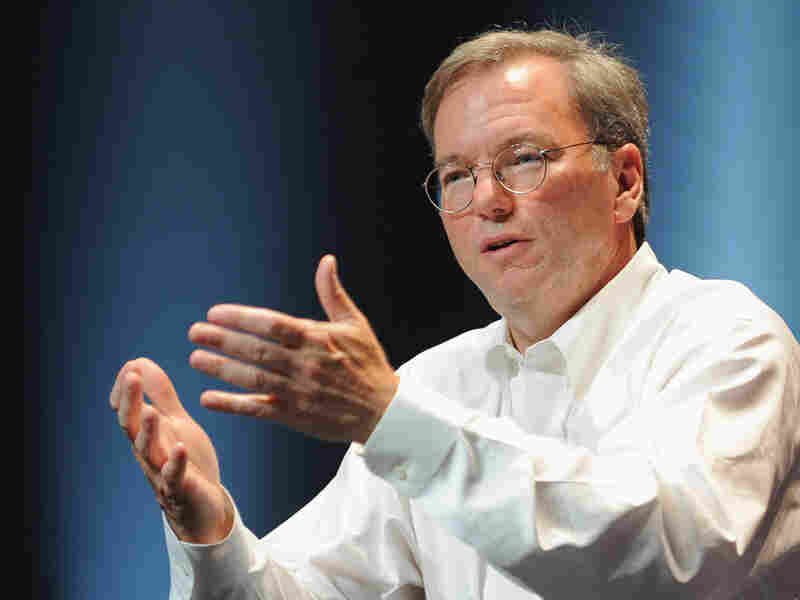 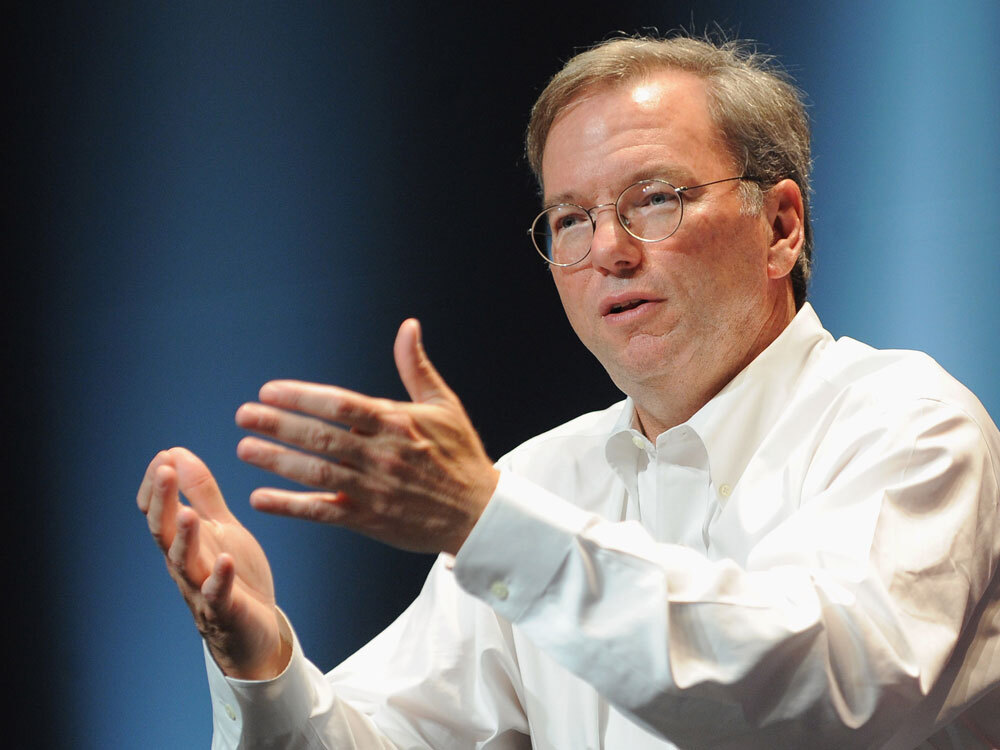 Eric Schmidt, CEO of Google, at an advertising festival in Cannes, France. Schmidt says advertisers have no sway over the ranking of Google's search results.

Each day, millions of people all over the world who go online in search of information end up using Google. But what the search results show is different in China.

The company's chief executive, Eric Schmidt, who is also an adviser to President Obama, spoke with host Robert Siegel about the company's relationship to all the searches that happen every day. Is Google a neutral conduit, an editor or a business?

Schmidt says Google tries to get users to the Web site that has the information they want as fast as possible. "We see ourselves as an intermediary — and a particularly sophisticated one," he says. "We know a lot about you. We know a lot about what you care about. And by using very sophisticated algorithms, we can rank and rate and get you to your answer quicker than anybody else."

But many people have been concerned about whether this information gathering is consensual or something that users can decline.

"We work really, really hard to give you choices," Schmidt says. Users can entirely opt in or opt out or opt for something in between when it comes to Google saving their searches, he says.

But there are different factors at play with Google searches in China — especially when it comes to searches for information about Tibet or other controversial topics there. Did the company have to accede to censorship in order to work in China?

"We made a very controversial decision a few years ago to enter China, and by that we have to follow their law," Schmidt says. "Their law does require a very precise form of omission or censorship around certain things, so for example the Falun Gong is omitted. But we did something very unusual for China: When we omit something in an answer, we also tell the Chinese surfer if that information was omitted. You can imagine if you're a Chinese citizen and you see that what you'll be doing with that information."

"We are subject to Chinese law, which we obviously are opposed to," he says. "The decision that we ultimately came to with China was that it was better to engage rather than be estranged. The Chinese citizens will eventually rebel over some of these — in our view — idiotic restrictions, because they are now aware of them. They now know that information is being withheld from them by law and that those laws will be overturned from public pressure over time."

With so many people using Google, what happens with all of this search data in the U.S.?

"The information is not available to anybody unless it's under a court order," Schmidt says." We use it in anonymous form internally and then after about 18 months we forget it entirely."

He says the company keeps the information on hand for two reasons — to improve its algorithms and to give access to that information to government authorities who have a federal subpoena.

"We've had a series of situations where the government and various parts of it have actually tried to overreach and have tried to ask [for] too much information," he says. "And we've used the federal judiciary to limit those orders to a very, very reasonable list."

A Separate Universe For Advertising

"The core principle of Google since its founding was a separation of editorial and essentially advertising," Schmidt says. "From our perspective, we work very, very hard to keep the answers — the natural search answers — completely unbiased with respect to economics."

While advertisers can pay more in an effort to get a higher ranking of their ads, they do not have any impact on the answers the search engine generates, he says.

So how does Google rank its search content? Jonathan Rosenberg, a Google senior vice president, wrote this in a blog post: "We won't and shouldn't try to stop the faceless scribes of drivel but we can move them to the back row of the arena."

Schmidt says a Google search recognizes that a lot of content is not useful. "We want our algorithm to recognize the stuff which has one view or one reader versus the stuff that is really used by an awful lot of people. And that's how we do our rankings."

But he also says that Google does tend to favor "larger and more established" content sources like newspapers.