Accessibility links
Julie Andrews Celebrates The Sound Of Poetry Though her singing voice was irreparably damaged in 1997, Julie Andrews' innate musicality is irrepressible. Her new book, a collection of poems, songs and lullabies, features an accompanying CD in which Andrews reads some of the verses that played an important role in her family. 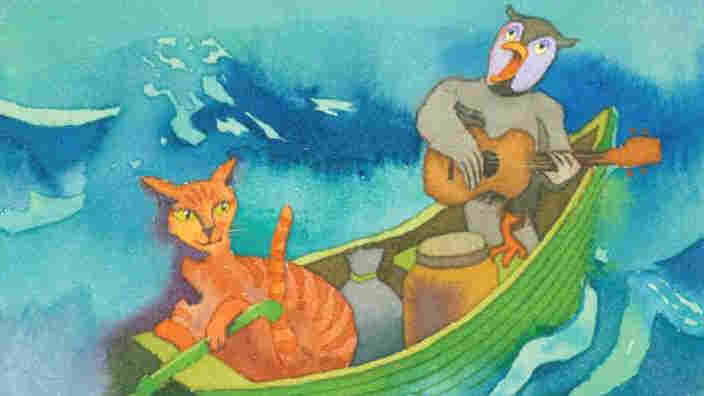 "The Owl and the Pussy-cat wen to sea/ in a beautiful pea-green boat ..." — Edward Lear Little, Brown and Company hide caption 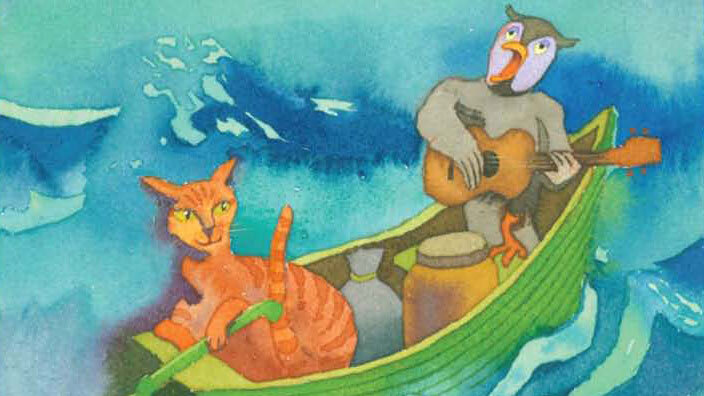 "The Owl and the Pussy-cat wen to sea/ in a beautiful pea-green boat ..." — Edward Lear 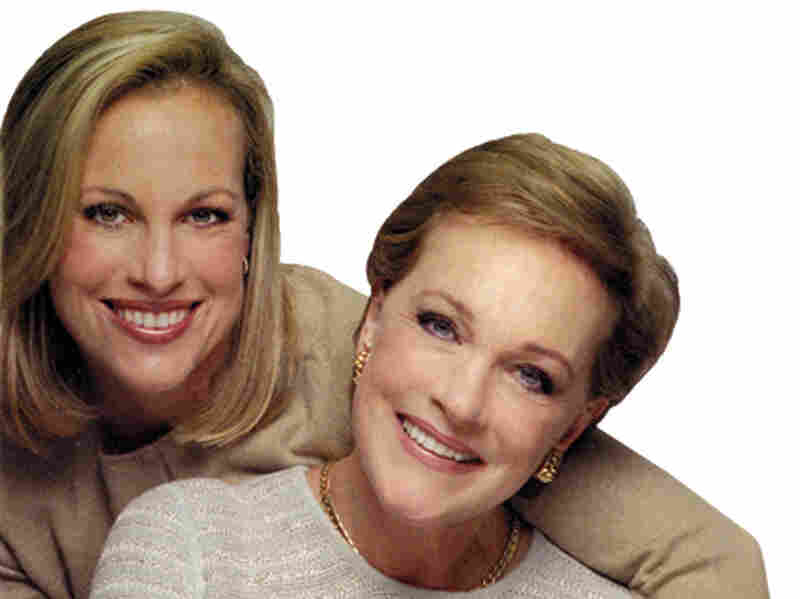 Julie Andrews and her daughter Emma Walton Hamilton worked together to compile the list of poetry included in their new book. Andrews says she hopes that the book will lead others to discover the joy of reading aloud to children. Little, Brown Books for Young Readers hide caption 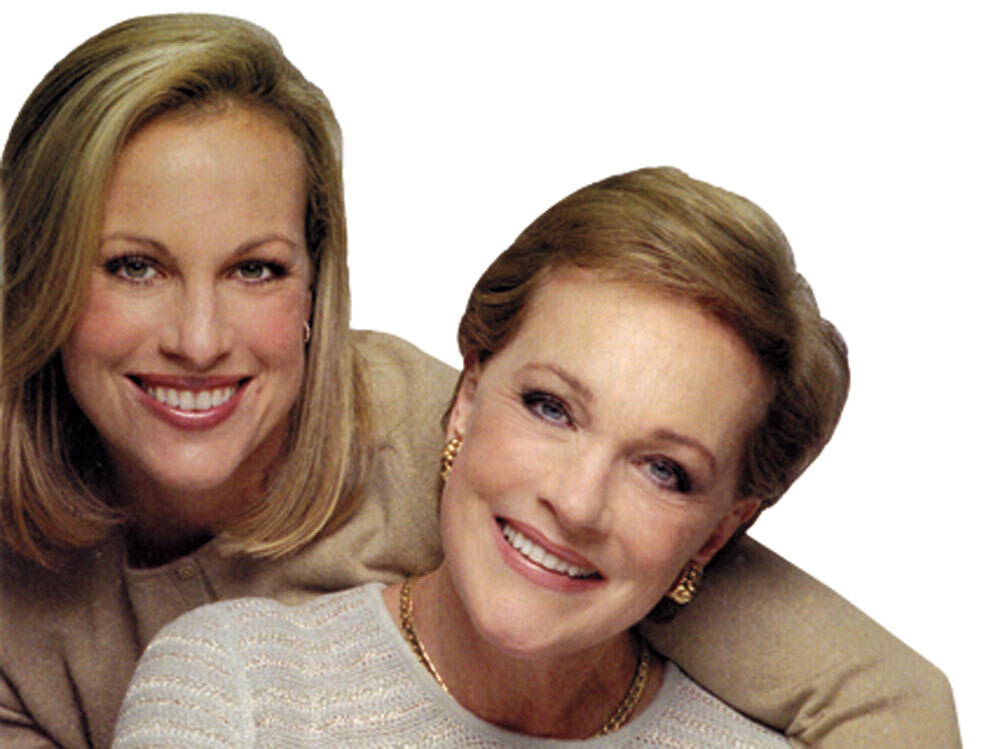 Julie Andrews and her daughter Emma Walton Hamilton worked together to compile the list of poetry included in their new book. Andrews says she hopes that the book will lead others to discover the joy of reading aloud to children.

Though Julie Andrews' practically perfect singing voice was irreparably damaged in 1997 when she underwent botched throat surgery, the actress's innate musicality is irrepressible. Her new book, Julie Andrews' Collection of Poems, Songs and Lullabies, features an accompanying CD in which Andrews reads some of the poetry that played an important role in her family.

Andrews put the book together — and selected the poems to include — with her daughter Emma Walton Hamilton.

"There were joint favorites, personal favorites and, once we started looking, we discovered a hundred new favorites," says Andrews of the selection process.

Among the poems they chose were a few obvious choices: "Sea Fever" and "Cargoes," by John Masefield were included because they were among the first poems that Andrews memorized as a child. Also included are a few of Andrews' and Walton Hamilton's own poems, as well as some by Andrews' father and grandfather. Andrews says that poetry has always been a family affair. Even though her own parents were divorced, she has fond memories of visiting her father and listening to him recite poetry.

"He actually loved to commit poems to memory," says Andrews. "He felt that on a walk, if he needed to talk to himself or never be lonely or flex his brain, he could recite a poem. He had many committed to memory."

The book includes one of her father's most beloved poems, "The Loveliest of Trees," by A.E. Housman, as well as the lyrics of songwriters like Johnny Mercer, Stephen Sondheim and Rogers and Hammerstein. Andrews says that for her, music and poetry are inextricably linked:

"Whenever I choose a song to sing, it's about the lyrics first. I'm no good at singing a song unless it has a good lyric. I mean, 'My Favorite Things' from The Sound of Music is really a poem," she says.

Though the loss of her singing voice more than 10 years ago was devastating for Andrews, she says that reading poetry aloud is the closest she has come to recapturing that joy.

"It certainly gives me satisfaction, and to bring my own take to the reading of each poem is great fun" says Andrews. "But yes, I do hear the music and there's rhythms and movement and words that are important. It's great fun to read them."

Quinquireme of Nineveh from distant Ophir,
Rowing home to haven in sunny Palestine,
With a cargo of ivory,
And apes and peacocks,
Sandalwood, cedarwood, and sweet white wine.

Stately Spanish galleon coming from the Isthmus,
Dipping through the Tropics by the palm-green shores,
With a cargo of diamonds,
Emeralds, amethysts,
Topazes, and cinnamon, and gold moidores.

Dirty British coaster with a salt-caked smoke stack,
Butting through the Channel in the mad March days,
With a cargo of Tyne coal,
Road-rails, pig-lead,
Firewood, iron-ware, and cheap tin trays.

Loveliest of trees, the cherry now
Is hung with bloom along the bough,
And stands about the woodland ride
Wearing white for Eastertide.

Now, of my threescore years and ten,
Twenty will not come again,
And take from seventy springs a score,
It only leaves me fifty more.

And since to look at things in bloom
Fifty springs are little room,
About the woodlands I will go
To see the cherry hung with snow.

The Dairymaid she curtsied,
And went and told the Alderney:
"Don't forget the butter for the Royal slice of bread."
The Alderney said sleepily:
"You'd better tell His Majesty
That many people nowadays
Like marmalade instead."

The Dairymaid said, "Fancy!"
And went to Her Majesty.
She curtsied to the Queen, and she turned a little red:
"Excuse me, Your Majesty,
For taking of the liberty,
But marmalade is tasty,
If it's very thickly spread."

The Queen said "Oh!"
And went to His Majesty:
"Talking of the butter for the Royal slice of bread,
Many people think

That marmalade is nicer.
Would you like to try
A little marmalade instead?"

The King said, "Bother!"
And then he said, "Oh, dear me!"
The King sobbed, "Oh, deary me!"
And went back to bed.
"Nobody," he whimpered,
"Could call me a fussy man;
I only want a little bit of butter for my bread!" 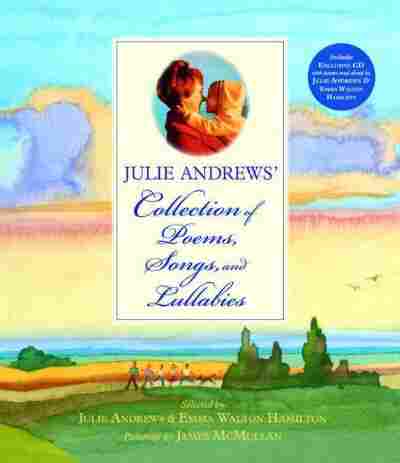