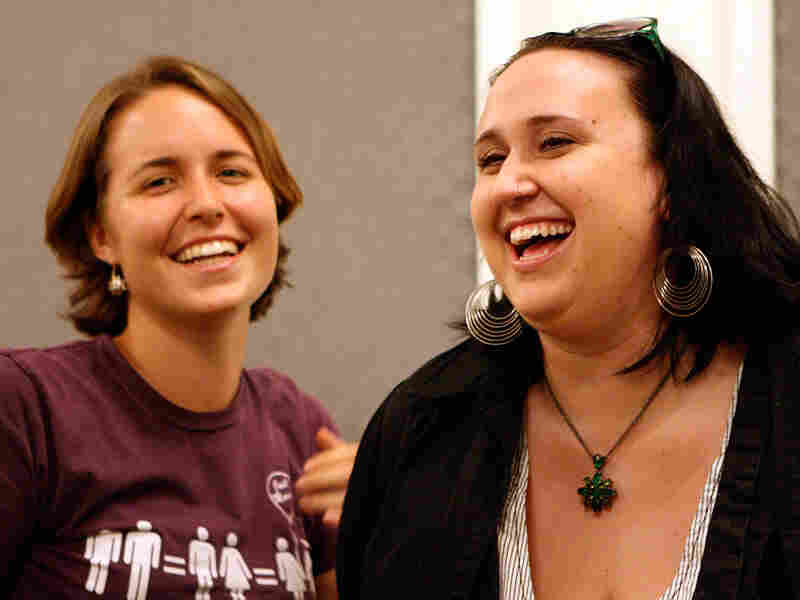 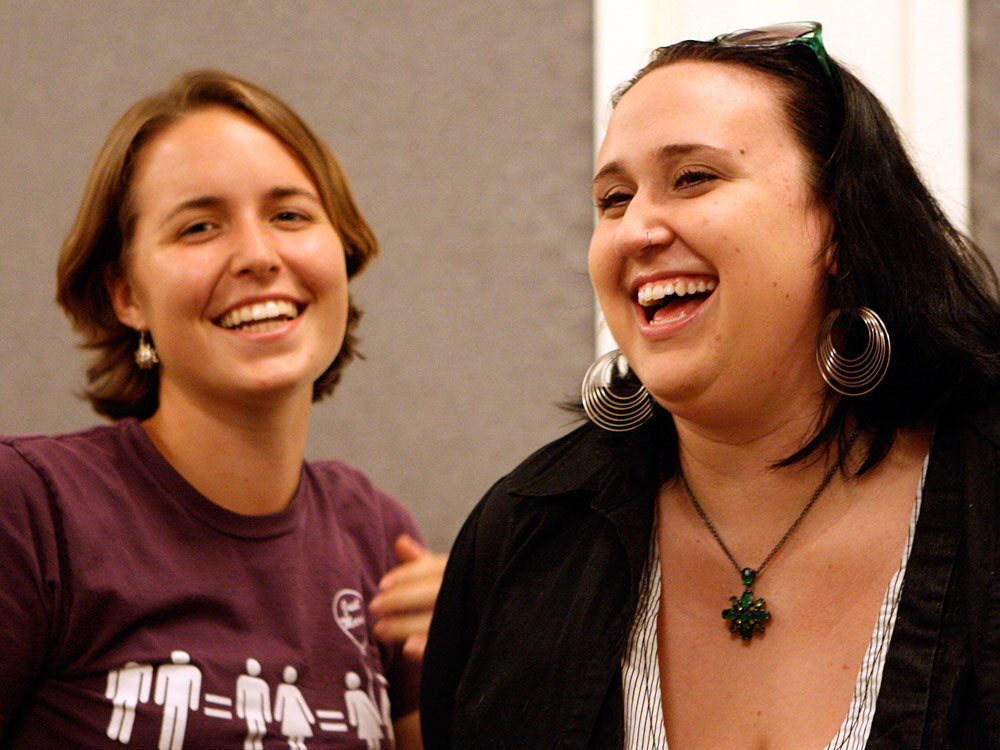 They may not tell their roommates or even close friends, but on college campuses all across the United States, more students than ever before are seeking psychiatric help, according to recent national surveys of campus therapists.

And it's not just for homesickness and relationship problems, says the University of Michigan's Daniel Eisenberg. He directs the Healthy Minds Study, a multicenter study that queries primarily students, but also a sampling of college counselors, about mental health issues, including the prevalence of clinical depression, anxiety and eating disorders on campus. Eisenberg says his findings dovetail with those of a large national survey of counseling center directors, led by the University of Pittsburgh's Robert Gallagher.

"One of the questions is whether they're seeing an increase in the number and severity of students with mental health problems," Eisenberg says. "And over 90 percent [of college counseling services] are saying yes to that question." Just one example: In 2007, around 15 percent of students reported having been diagnosed with depression at some point in their lives; that's up from 10 percent in 2000.

Eisenberg and other experts say they haven't yet teased out all the reasons behind the surge of mental health issues on campus, but think it doubtful that today's teenagers are more psychologically disturbed than past generations. Other explanations seem more likely.

Better screening and earlier diagnosis of mental illness in high school and even before may be one factor, Eisenberg says.

"When you hear OCD, you probably think of some Jack Nicholson type, neat freak, really uptight, but that's not me at all." Read by Alex Holtzman

"Do you know how many medications I'm on to be able to do this? ... But I realized, life is really good." Read by Lisa Abdilova

"But he's such a cool guy, he's so nice and friendly. I never would have expected him to be depressed." Read by Molly Pam

"When you have a broken leg, people cut you a lot of slack ... When you have depression, people expect you to get over it." Read by Raine Hoover

"Especially when Prozac and other antidepressant drugs like that came onto the scene in the late '80s and in the '90s, the likelihood of teenagers getting treatment went way up," he says. Now, many of those teens getting treatment are in college and are accustomed to turning to therapists for help.

Researchers suspect the increased severity of mental illness that counselors are seeing may be partly the consequence of a good thing: better treatment. Twenty years ago, many high school students with an illness as difficult as bipolar disorder or deep, persistent depression might never have made it to college or been able to stay there. Now such students are on every campus. Many are thriving, but in need of significant support to make it through.

Knowing When To Ask For Help

Some are first hit with the illness in college. Stanford University senior Amanda Gelender found herself battling a deep depression for the first time her freshman year. After weeks of going it alone, exhausted and "crying under the covers for hours" in the dorm, she says, she finally called her doctor. She was eventually diagnosed with bipolar disorder and found significant relief, she says, with the right medication and other support that enabled her to stay on campus and even keep up her near 4.0 grade average.

Still, for years, she never told friends, professors or dorm-mates of her diagnosis or ongoing struggle. "I felt like the most isolated person in the world," she says of that time. "I didn't feel like anybody would understand what I was going through."

Last January, Gelender broke her silence. She's the co-founder of a student theater group called Stanford Theatre Activist Mobilization Project (STAMP), and for a project last winter, STAMP solicited anonymous true-life letters from classmates living with depression, panic attacks, obsessive-compulsive disorder and other mental health problems. In January, Gelender and the group dramatized the accounts as monologues in their theater production, Out of Sight, Out of Mind. 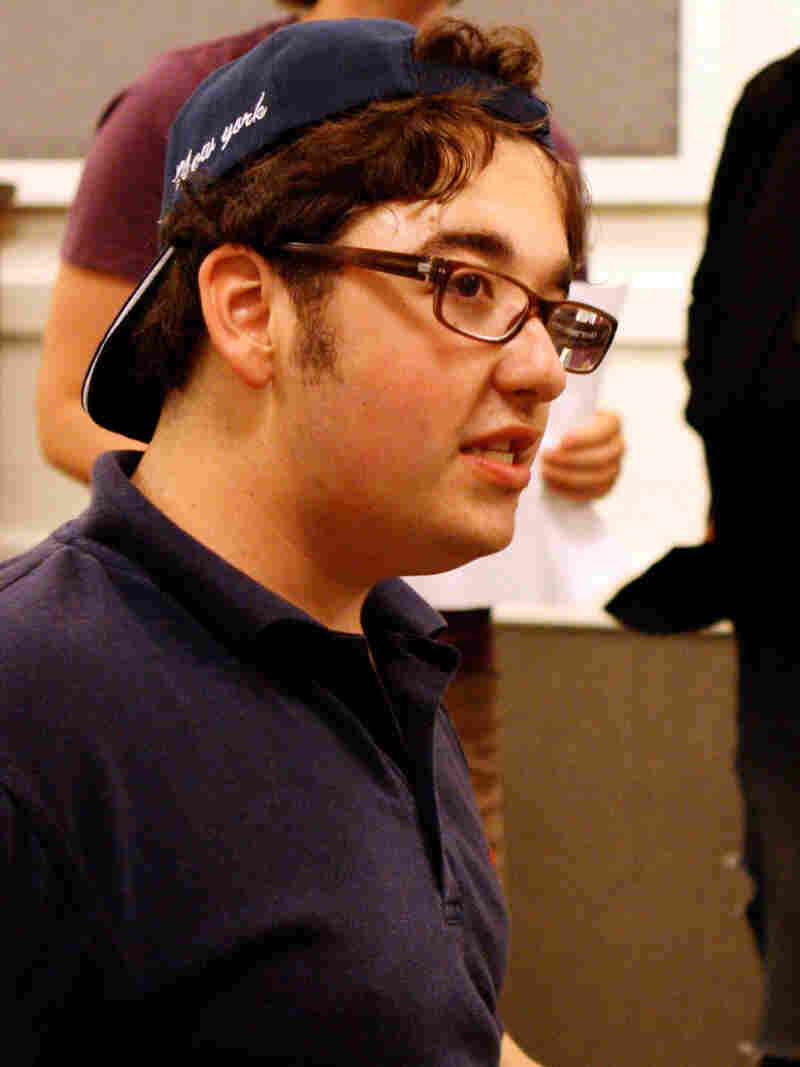 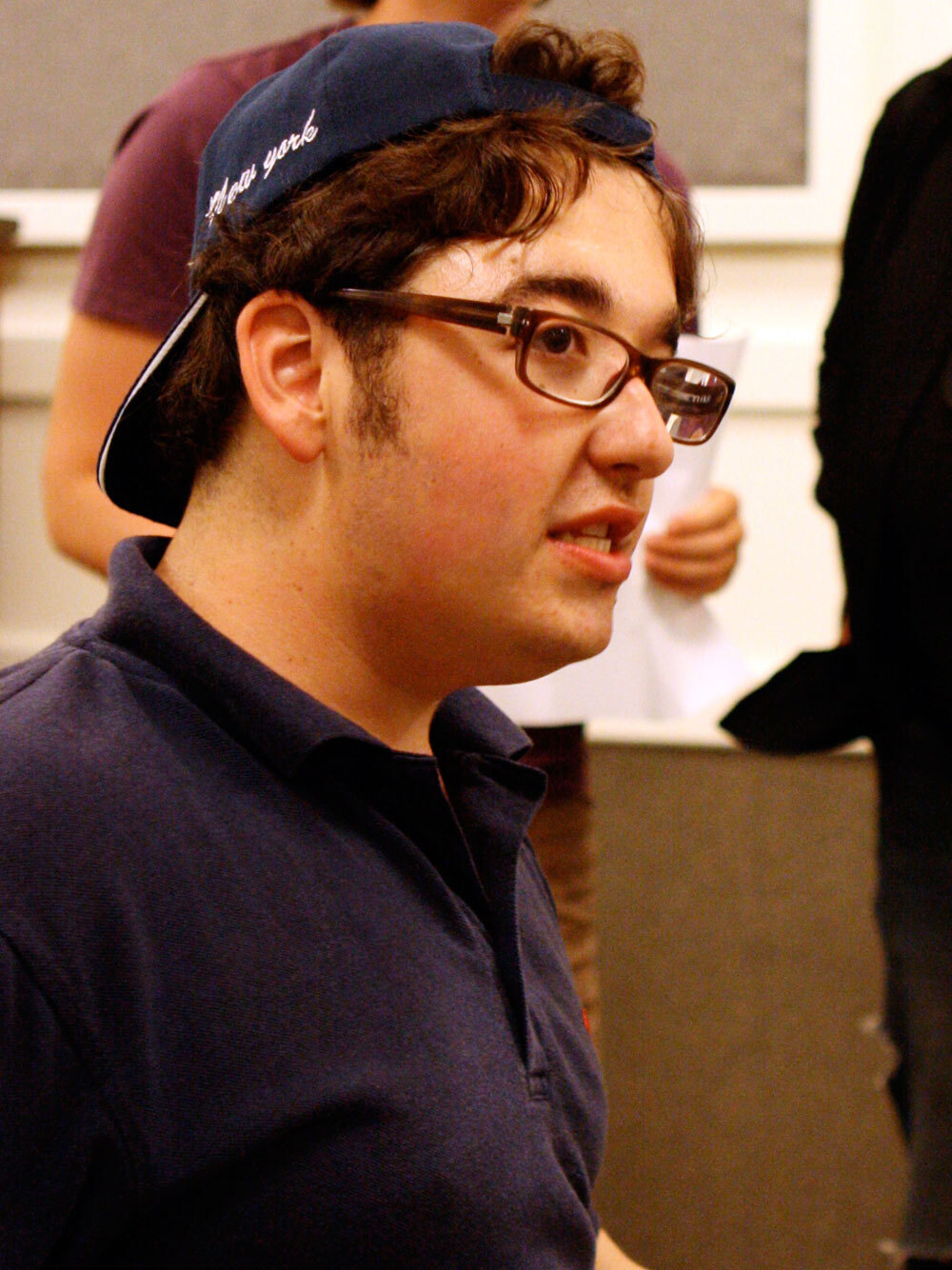 Alex Holtzman is a student actor who performed a monologue about obsessive-compulsive disorder.

The student actors performed the monologues in various venues around campus — including 13 student dorms. After each performance, Gelender and several other students acknowledged their own diagnoses and took questions.

The campus response to Out of Sight, Out of Mind, was overwhelmingly positive, Gelender says. One student residence adviser told her it was "probably the best thing that has been done for mental health on campus in a long time. He could really sense a change in his dorm."

"Just giving voice to these thoughts can open a floodgate," says Alex Holtzman, one of the student actors. Holtzman performed the anonymous monologue about a student with obsessive-compulsive disorder. "There were many people at these performances in the dorms who had never talked about their mental illness to anybody else.

"I used to hide all these things," Gelender says. "But I don't want to do that anymore. It's a big part of my life, and I'm trying to be more upfront about it." Her classmates and professors know about all her accomplishments — her academic scholarships and public service awards. Why not, when appropriate, let them in on her struggles, too?

"I think that some people definitely look at you differently when they find out," she says. But she's also convinced that the only way to change that is if more people are willing to be open and show classmates just how many people on college campuses — roughly 18 million by some estimates — are dealing with mental health issues today.