Accessibility links
Christian McBride And Inside Straight: Live At The Village Vanguard What do you do when you're one of the world's top bassists and you get a craving to play the Vanguard again? If you're Christian McBride, you assemble a top-notch, straight-ahead acoustic quintet. 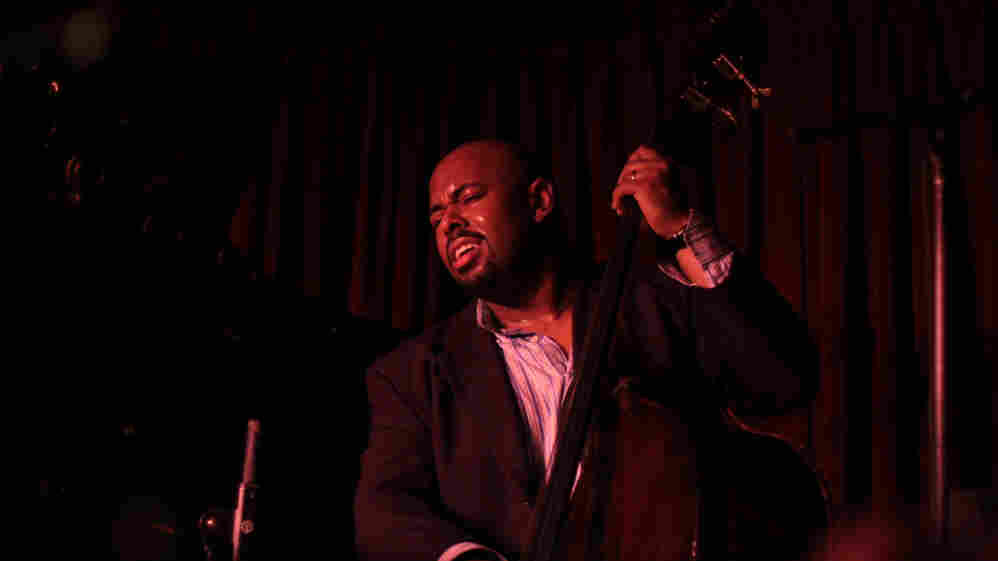 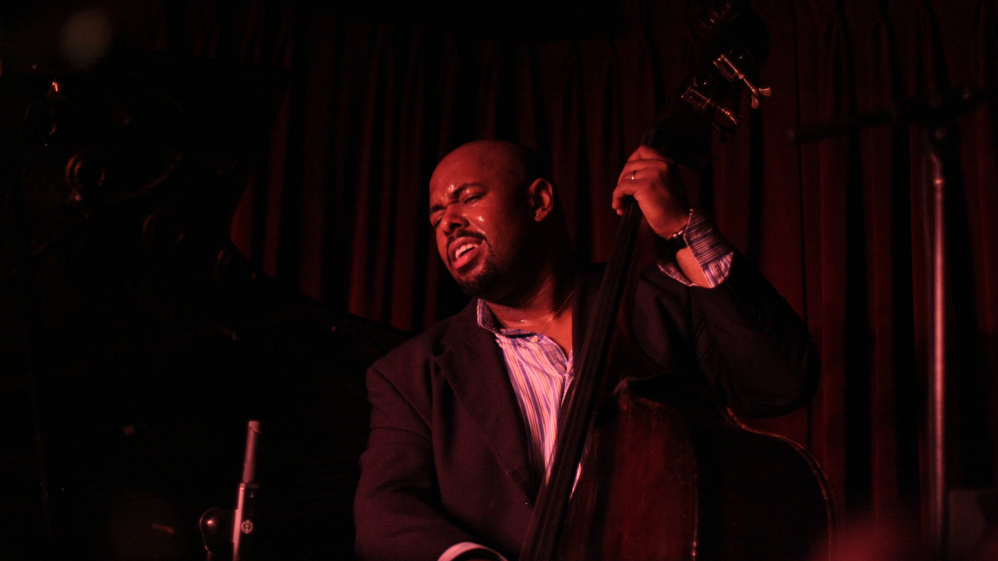 Christian McBride And Inside StraightWBGO

Christian McBride And Inside Straight: Live At The Village Vanguard

In 2007, Christian McBride had a hankering to play the Village Vanguard again. He hadn't played there for a decade, in part because the extraordinarily versatile bassist hadn't led an acoustic working band for many years. Thus, the birth of a quintet dedicated to McBride's vision of straight-ahead, hard-swinging jazz — one literally designed to perform at the legendary Manhattan jazz club.

Now one record in, 2009's Kind Of Brown, Inside Straight is now a touring ensemble, and it has returned to the Vanguard for a week of performances. WBGO and NPR Music was there to record the band's early Wednesday night set, live on air and in an online audio/video webcast.

Judging by its performance, the phrase "Inside Straight" captures this band's aesthetic well: It's both "inside" a comfortable groove pocket and "straight"-forwardly bluesy. McBride's choice of tunes can be harmonically tricky, but they never deviate far from song form and tonality; they're nifty exercises for sophisticated and smart blowing. With him is a mix of veterans and younger musicians. Drummer Carl Allen, saxophonist Steve Wilson and pianist Eric Reed (replaced on tour with Peter Martin) have long been known as stellar instrumentalists; vibraphonist Warren Wolf is easily the youngest member, but he adds elegant textures to the proceedings. And, of course, McBride shines at both soloing and keeping time: He wields a tremendously supple, round and fluid double bass.

Given his accomplishments, it bears consideration that McBride is still well short of 40. Within weeks of arriving in New York City, he joined Bobby Watson's band; within a year, he was touring with a young Roy Hargrove and a veteran Freddie Hubbard. While he accumulated sideman credits with everyone who was anything in the '90s New York scene, he was also refining his own concept of jazz without borders: He played upright and electric bass with equal elan, and put together bands that fused the entire history of African-American groove music. His forthcoming album Conversations With Christian is a series of duets with musicians all over the stylistic map.

Given his penchant for the genre-less, and his busy schedule as both performer and advocate — when not performing, McBride is co-director of the Jazz Museum in Harlem, and through this year is the creative chair for jazz at the L.A. Philharmonic — the arrival of Inside Straight was a somewhat unexpected turn. But McBride has always kept one firmly planted foot in playing that which is unmistakably jazz, and doing so with the best of them. On Wednesday night, he led a handpicked band of old friends tailored to its home turf.