Accessibility links
The Decade's 50 Most Important Recordings : All Songs Considered With the decade coming to a close, we compiled a list of the 50 most important recordings of the past 10 years in a wide range of styles and genres. These are the game-changers, the influential or historically significant recordings that signaled a shift in the way music is made or sounds.

The Decade's 50 Most Important Recordings

The List: Hear The Music And Read Our Reviews 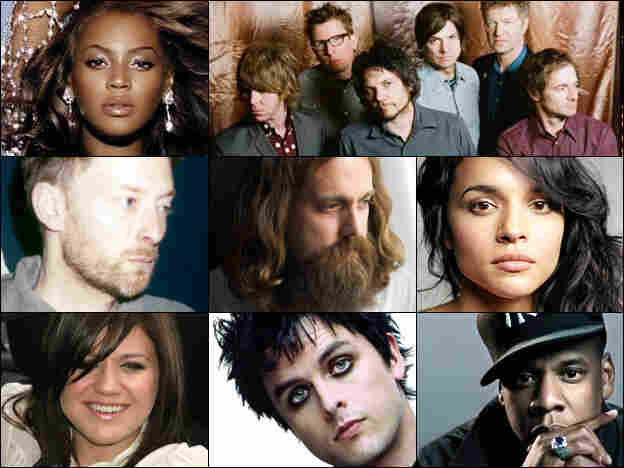 It seemed like an impossible task, but that didn't stop us from trying. With the first decade of the new millennium coming to a close, we decided to compile a list of the 50 most important recordings of the past 10 years — a list that covers a wide range of styles and genres, with indelible songs and albums that challenge, inspire and captivate. These are the game-changers: records that signaled some sort of shift in the way music is made or sounds, or ones that were especially influential or historically significant.

A lot of people, including All Songs Considered listeners, helped put this list together. As we culled through the nominees, tears were shed and arguments were had. But one thing we all agreed on: This was one of the best decades yet for music. We can't wait to hear what comes next.

The 50 Most Important Recordings:

Hear the music and read our reviews.