Accessibility links
The Ten Most Annoying Things About Being A Vampire's Girlfriend It probably isn't that much fun to date a vampire, even if the Twilight series wants you to think it is.

The Ten Most Annoying Things About Being A Vampire's Girlfriend

The Ten Most Annoying Things About Being A Vampire's Girlfriend 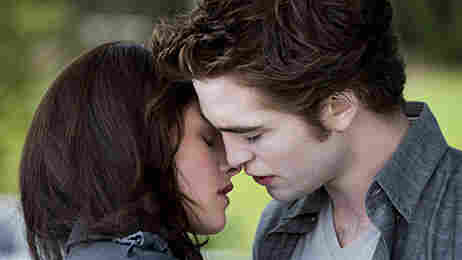 It may sound like fun to date a vampire, but it probably isn't. Summit Entertainment hide caption

You probably know that this Friday is the day The Twilight Saga: New Moon premieres -- and if you don't, plenty of people around you do. Once again, we will be treated to vampire-human romance and melodrama.

1. Never sleeping means spending extensive time buying coffins on eBay and updating Facebook status with "Sooooooo bored and thirsty." ("Dracula and 609 others like this.")

3. Insists that your blood tastes fine, but cannot stop talking about taste of previous girlfriend's blood as "not really better, but different."

4. Devouring the unwary even less fun at family reunions than Balderdash.

5. Red-eye in every picture.

6. Companion with sparkling, marble-like skin likely to overshadow "bling" at prom and wedding.

7. Because of mind-reading ability, wins every game of Battleship and then dances around bragging about it.

9. Won't stay and talk over problems; stomps off to pout in a tree.